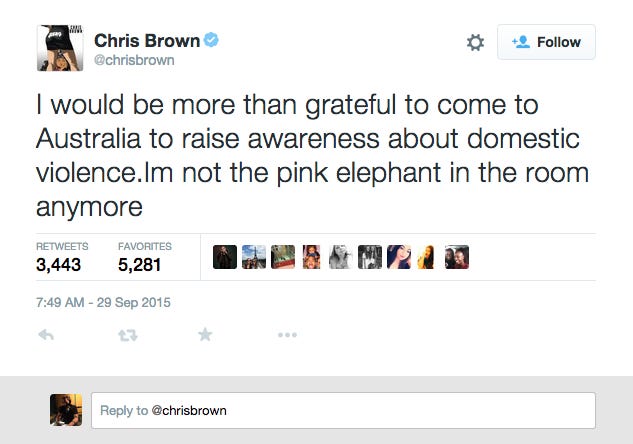 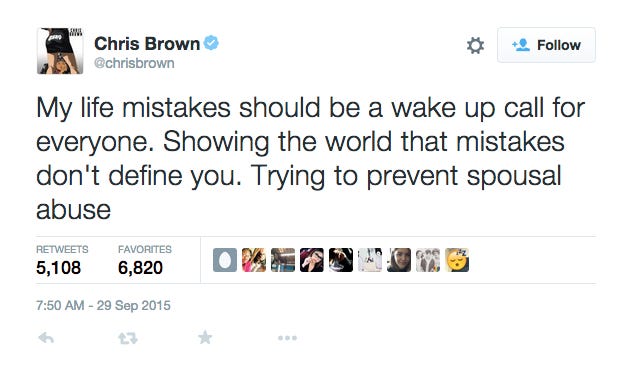 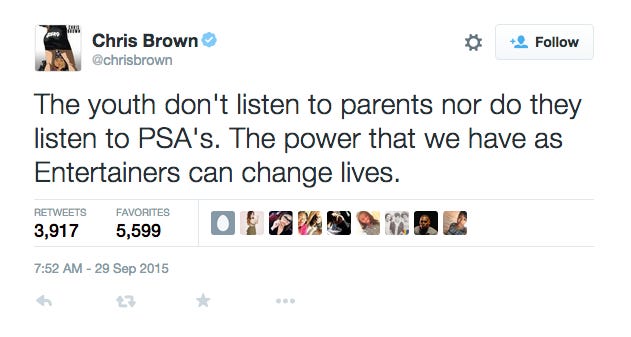 CBS - Chris Brown recently learned that Australia could ban him from touring there in December because of his criminal conviction for assaulting singer Rihanna. So the R&B singer has decided to go a different route: He wants to turn his dark past into a learning lesson. On Tuesday, Brown, 26, tweeted that he’s interested in visiting Australia to raise awareness for domestic abuse. Activists have protested against Brown’s tour of Sydney, Melbourne and Perth because of his attack on then-girlfriend, Rihanna — just before the 2009 Grammy Awards. Brown pleaded guilty to felony assault and was freed from probation this year. In March, Los Angeles Superior Court Judge James R. Brandlin said Brown had completed his sentence, which included community service, counseling and rehab. Australia isn’t the only place where Brown has faced entry issues. Other areas that have refused him visas in the past include the U.K., Canada and New Zealand.

Midas Whale let him be an ambassador for the domestic violence cause! He’s no longer a pink elephant in the room.

And while we’re speaking about getting the job done, I’m pretty sure Chris Brown already done raised awareness for domestic assault. He made people very very aware of a domestic violence problem when he beat the ever living shit out of Rihanna. Every time anyone hears the name Chris Brown they instantly think of domestic violence. They also think of absolute bangers, but more the domestic violence. So really he’s just a living breathing billboard reminding people what a shithead he is and what kind of scumbag it takes to beat on a chick like that.

PS – You know Breezy thought he was so fucking smart with that pink elephant and then a couple tweets later dropping a “nor.” He thought he was On Fire, NBA Jam status. Three tweets in a row, all money. Got cocky and threw a nor out there. I imagine him doing the Swaggy P after pressing send on that Tweet.

Bottom line is though no matter how dumb Chris Brown is or what he did in his past, if he keeps putting out slammers like this it doesnt really matter.