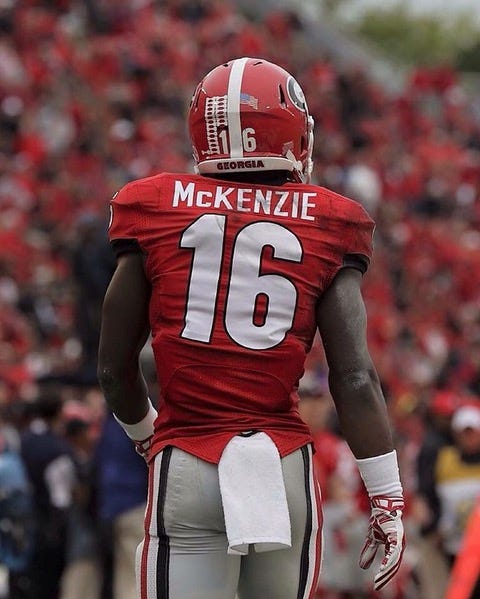 Red & Black – Georgia wide receiver Isaiah McKenzie was accused of making “terroristic threats or acts” to a female complainant at Chili’s on Alps Road on Monday around 10:40 p.m., according to an Athens-Clarke County Police Report.

No one has been charged in the incident, which is still under investigation, ACCPD said Tuesday.

The Red & Black contacted the complainant as well as the players named in the incident report, but none could be reached for comment.

Welp…not a great start to Alabama week. You’re #8 in the country and you’ve got ‘Bama coming in to Athens opening as an underdog for the first time in their past 73 games. All focus should be on Nick Saban and the Tide and this great opportunity to prove to the world you’re a legitimate National Championship contender…annnnd you start the week with your third leading wide receiver and primary return man threatening to kill a chick in a Chili’s. “Making terroristic threats” in between some Presidente Margaritas and Triple Dippers while 4 of your teammates watch on. Smdh.

Whatever, at least it’s not Chubb or Malcolm Mitchell. Then you’d have a real issue. Those guys were probably smart enough to go to a TGI Fridays and quietly enjoy some Endless Apps without threatening to murder anyone.