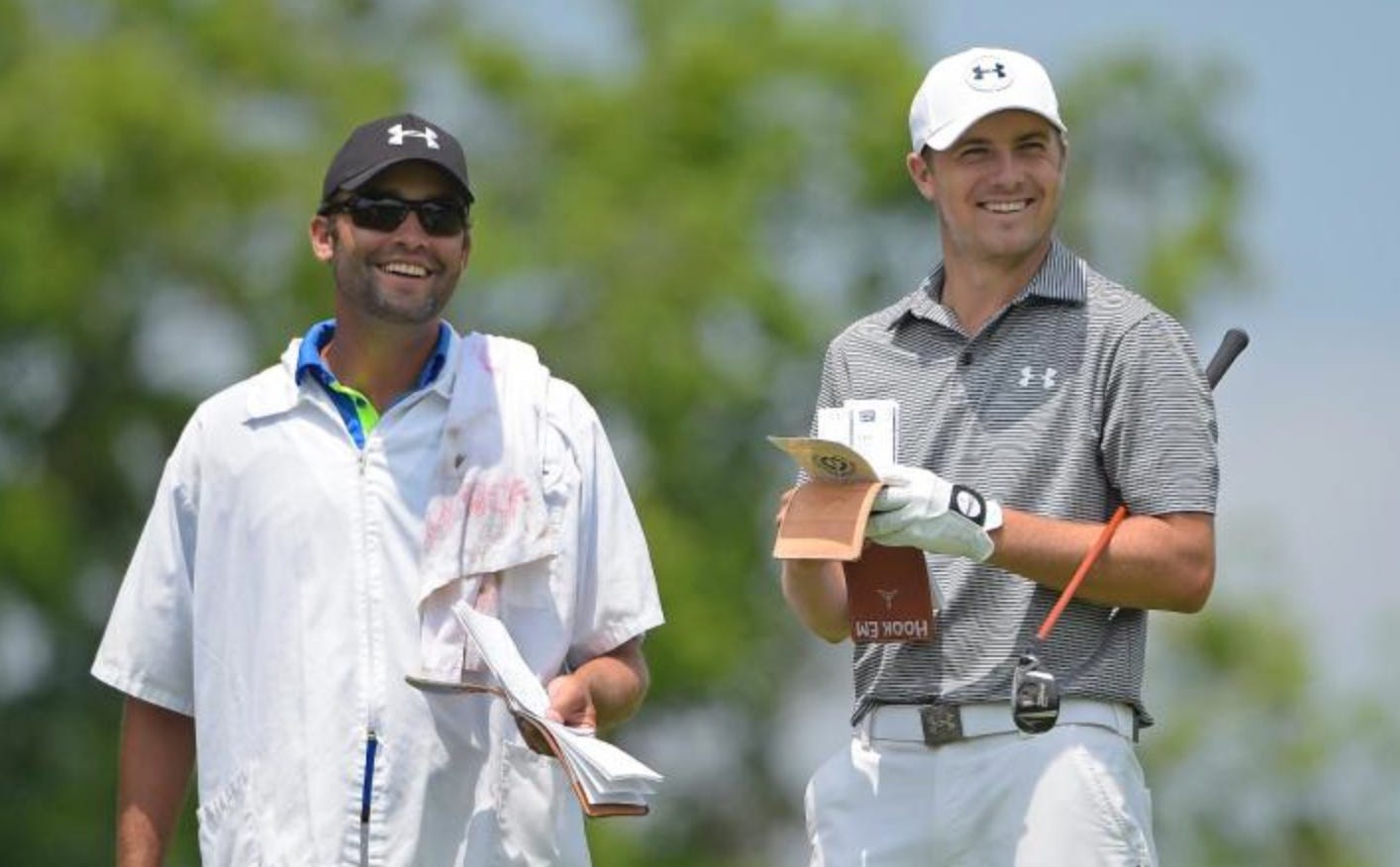 Yahoo!- Jordan Spieth had one of the best seasons in PGA Tour history, and, as a direct result, so did his caddie, Michael Greller. In 25 events, Spieth won five times (including two majors) and finished in the top-10 a whopping 15 times. That added up to more than $12.0 million in official PGA Tour earnings. However, once we include Spieth’s win at the Hero World Challenge and his $10 million bonus for winning the FedEx Cup, prize money that is not counted on the official money leaderboard, Spieth’s 2015 earnings surpass $23.0 million. Caddies are traditionally paid 5% of the prize money for making a cut, 7% for finishing in the top 10, and 10% for winning a tournament, according to Golf Digest’s “undercover pro.” If Spieth is using the same structure, including 10% for the FedEx Cup bonus, Greller’s cut this season would be $2.1 million. That would be enough for Greller to rank 39th on this year’s PGA Tour money least, ahead of 211 PGA Tour members, and just behind Phil Mickelson ($2.2 million). For comparison, Tiger Woods made just $448,598 this season.

We all know it’s good to be king. Jordan Spieth proved as much in 2015.  He’s on top of the golf world literally.  #1 in the world, a couple majors in his trophy case/closet and a boatload of cash to go along with those.  Well it turns out it’s also good to be the king’s caddy.  That would be Michael Greller and he pulled in a haul of 2.1 million dollars this season. Listen, I’m not gonna be an asshole and sit here and say being a caddy is easy by any means. I’m sure it’s a lot of work.  I’m not even sure what all goes into being a caddy.  I’m sure there’s a lot of studying that goes along with it.  Knowing the ins and out of fairways and greens.  Shit like that.  Not to mention stroking the ego of your golfer has to get tedious at times.  At the end of the day the golfer is the boss and you have to listen to him.  But DAMN.  There are worse ways to make a couple million dollars than walking the nicest golf courses in the world with a golfer who’s making history. I’m pretty sure Spieth’s caddy was a high school teacher before taking the job.  Good decision bud. If Greller ever gets sick or something and Spieth needs a sub, hit me up brotha.  I’m more than willing to stand there and say, “Paint the picture” and cash giant checks.