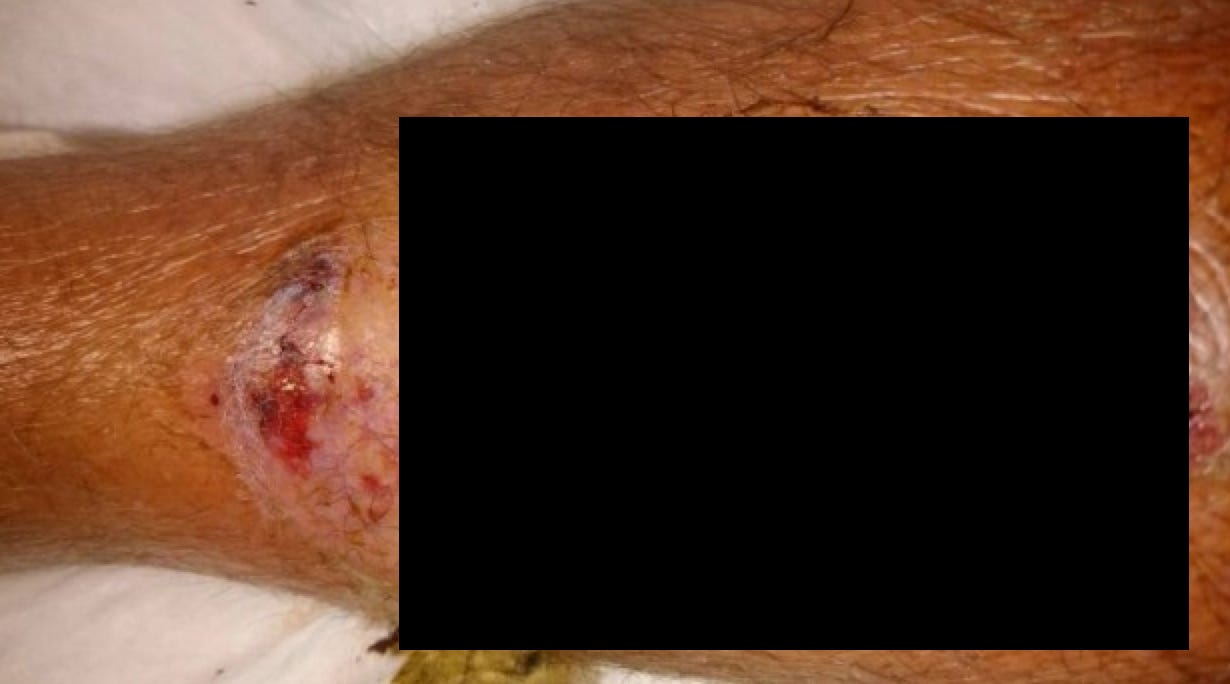 Metro- A British holidaymaker almost lost his leg after he was bitten by a flesh-eating spider . Jonathon Hogg, 40, believes he was bitten while travelling on a Qatar Airways flight from Doha and South Africa. Within hours, the spider venom had begun to eat away at Mr Hogg’s leg. ‘The pain was like nothing I’ve been through in my life,’ he said ‘By the time I got to hospital my leg was bursting open, there was pus, it was black.’ Mr Hogg, a barrister, mistook the pain for deep-vein thrombosis, but as the wound worsened it became clear that it was more serious. The bite came at a particularly bad time. Mr Hogg had taken five months off work for a once-in-a-lifetime trip that involved volunteering at an orangutan sanctuary in Borneo and then swimming with sharks in South Africa.

And so the war between spiders and humans rages on.  I like to think we’re winning because we probably kill thousands of them a day then a fucker like this comes along to try and even the score and tries to take a human leg.  It ain’t right.  I killed yet another spider in my bathroom this morning so I’m doing my part for the good guys.  I live in an old building that’s covered with vines so spiders are a real problem here when it’s not winter time.  My car is constantly covered in spider webs and shit and it sucks. But, even though I’m terrified of spiders, I’m also in the spider-killing business so business is good around here. Stomping those little fuckers left and right.  Gotta support the team. Anyway that picture is fucking DISGUSTING looking by the way.  Hopefully you’ve already digested your lunch or that is coming right back up and onto your keyboard. The next time you think you’re too scared to kill a spider you see, pump yourself up with the thought of that guy’s poor leg and rain hell fire on that stupid spider.