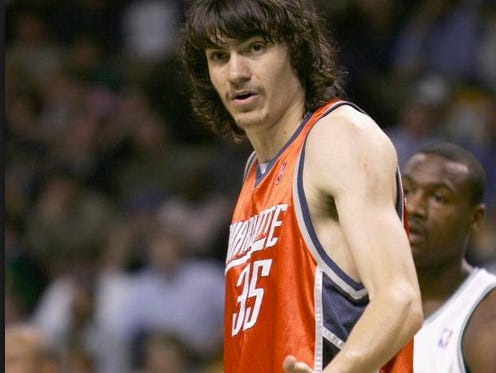 Sports Bog - Jared Dudley has yet to play a game with the Wizards. Because of offseason back surgery, Dudley might miss the team’s opening few preseason games, or even the first few games of the regular season. But Dudley has already proved his worth in one area: as a sports-radio guest. Dudley was also asked to name the worst dresser or most disgusting teammate from his career, and he immediately had an answer.

Remember Adam Morrison? He never took showers, he did the chewing tobacco that he spit all the time, and he wore the same three polos the whole year. This is a guy who made a lot of money, too, at that time. He was the face of diabetes, he was doing everything, he was on the cover of college games, he was [everywhere], and he was by far the worst and [most] disgusting.

Grant Paulsen then pointed out that if Morrison wasn’t receiving many minutes, this might not have been a big deal. 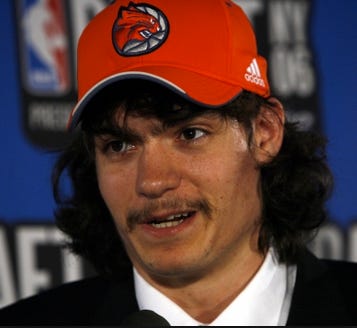 GOAT. I don’t know anyone who isn’t an Adam Morrison guy. Your stereotypical white boy from Gonzaga who hung around the NBA forever, never did much, always looked ridiculous, and could not give two shits. Just a tall hippie who happened to be able to knock down a ton of 3s. Athleticism and hygiene were thrown out the window when it came to AdMo.

He just didn’t want to be responsible for two of the worst picks of all time (the other being Kwame) so he is making some old white guy take the fall. Great move by MJ there.