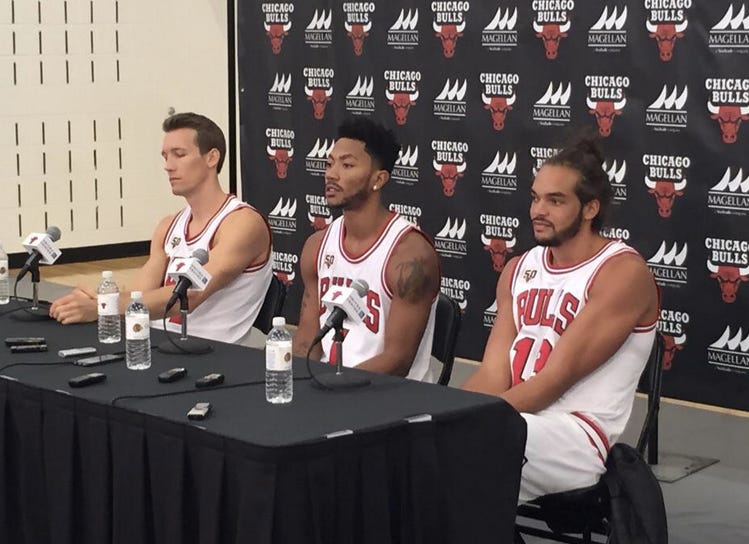 CHICAGO – Bulls guard Derrick Rose acknowledged Monday that free agency is on his mind, despite the fact his free agency is still two years away. Answering a question about his mindset amid a civil suit filed against him over the summer, Rose veered into a discussion about his pending free agency. “This whole summer I had tunnel vision,” he said. “My mindset was just making sure that I was working out every day and spending as much time as possible with my son and focusing on them two things.

“Making sure that my family is financially stable — as far as, you see all the money that they’re passing out in this league, [I’m] just telling the truth, just knowing that my day will be coming up soon. It’s not for me, it’s for [son] P.J. and his future. so that’s what I’m thinking about right now.”

Rose reasserted a few moments later he still believes his future is in Chicago, but with all the big money coming into the league because of the new television deals, he wants to keep the possibilities open. “It’s here,” he said. “But when you talk about that much money, the only thing you can do is prepare for it, trying to prepare not only myself but my family. I’m doing all of this for my son. I’m thinking about his future even though we’re all right, we’re comfortable. When you talk about that ‘X’ amount of dollars, I think it raises everyone’s eyebrows. It’s nothing wrong with being over-prepared.”

Rose signed a five-year max extension worth close to $95 million before the 2011-2012 season, but he has played in only 100 regular-season games since then because of various injuries, including three serious knee injuries. Despite his ongoing health woes, Rose, 26, still believes he is one of the best players in the game.

Same story different day. How many times have we gone through this? Don’t get me wrong, I’m not defending Derrick Rose here. Bringing up Free Agency and talking about how you want to set your son up for the future when you’ve made NINETY FIVE million dollars and barely been on the court is as tone deaf as tone deaf gets. If anything the Bulls organization and fans in Chicago have been too loyal to Derrick Rose, so implying you’d look elsewhere when you’re not even in a contract year is so fucking stupid. Dumb, dumb, dumb. But at the end of the day I don’t care. I just can’t get mad at this stuff anymore. First it was coming back on his terms, then it was walking at PJ’s graduation, now it’s this. I’ve said it before and I’ll say it again, Derrick Rose sucks at talking to the media. What he said here isn’t wrong, I expect every player in the NBA feels the exact same way, it’s just not every guy in the NBA says it out loud when they’re 2 years from free agency and no one is even asking the question. So yes, this was stupid but no I don’t care. I just want Derrick Rose to play a full season at his peak ability, whatever that may be at this point, nothing else matters to me and I truly mean that.

Haircut was nice though, trying to get that Jimmy money so he gets that Jimmy hair cut, old hockey trick. 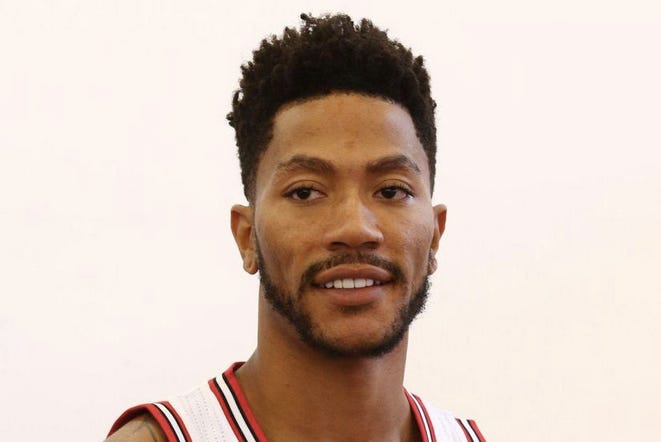