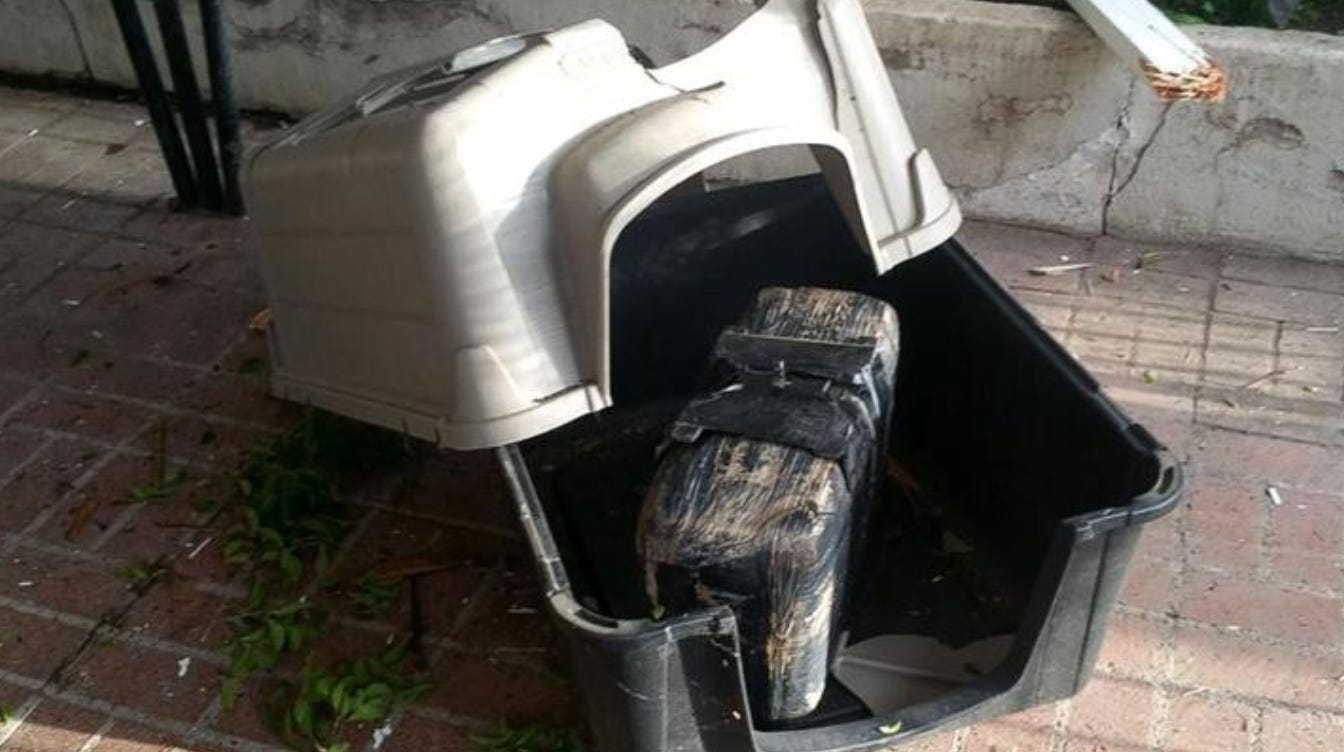 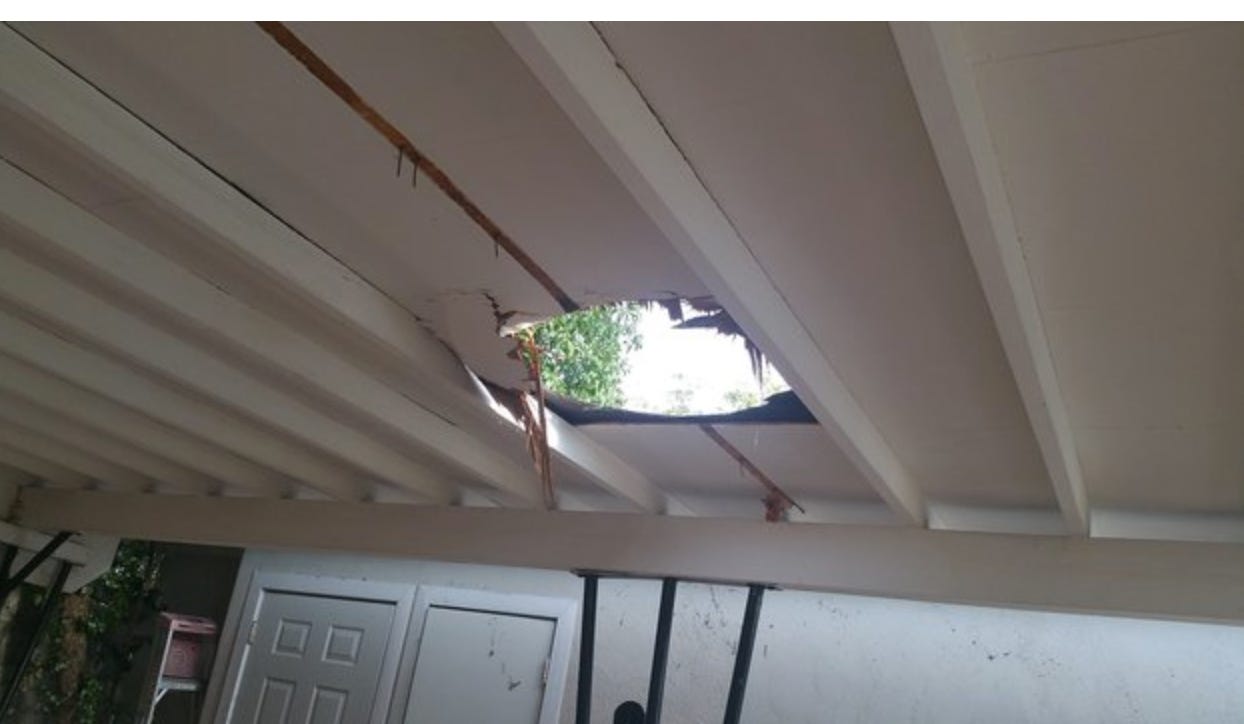 Daily Mail- Maya Donnelly awoke to what sounded like thunder in the early morning hours, but dismissed it as a typical monsoon storm and went back to sleep. Later that morning, she looked in the carport at her home in Nogales, near the US-Mexico border, and saw pieces of wood on the ground. She found a bulky bundle wrapped in black plastic. Inside was roughly 26 pounds of marijuana – a package that authorities say is worth $10,000 and likely dropped there accidentally by a drug smuggler’s aircraft. Donnelly told Nogales International: ‘It’s all right on top of our dog’s house. It just made a perfectly round hole through our carport.’ The family’s German shepherd, called Hulk, was not in his plastic pet crate at the time. ‘Thank goodness he is a wanderer at night and was not in his house,’ Maya said. ‘He was probably at the gate watching the plane go by.’ Mrs Donnelly called police, who confirmed the package was marijuana. They told her an ultralight aircraft smuggling marijuana from Mexico had probably let part of its load go early by mistake – before dropping the rest farther north, the newspaper reported. Nogales Police Chief Derek Arnson said it was the first time in his three-year tenure that he had seen a package of drugs hit a building.

These drug dealers are SO lucky the dog wasn’t in his crate when they dropped a 26-pound bag of weed on it from their aircraft. We’d have a DEFCON 1 on our hands.  Can you imagine if the dog had been in there and potentially gotten killed?  This whole thing would go from a “haha That’s kind of funny. Weed destroying a dog crate LOL” story to a “Catch those mother fuckers and kill them on the spot. No questions asked. Green light. Send in the army.”   We’d have a full scale man hunt on our hands.  Those smugglers should be counting their lucky stars that Hulk the dog likes to wander around at night.  However, I still expect a formal apology from the smugglers to Hulk.  That’s the least they can do after destroying his home in the middle of the night.  Maybe buy him a giant bag of treats as well. And also, the family gets to keep the 26-pound bag of marijuana as yet another gesture of apology from the drug smugglers.  It’s only fair.  The family is probably traumatized and need the weed for coping purposes.

PS- Drug smugglers still fly planes and drop packages outta the sky and shit?  I thought that only happened in the movies and Narcos.