Fire Saaaaaalllllleeeee. I feel like this won’t be the last trade I’ll blog about so let’s keep the format the same. My top 4 Jon Bostic highlights from his time with the Bears.

1. Draft night when they showed the hit he had on Teddy Bridgewater in the Sugar Bowl.

2. The HUGE hit he had on Mike Willie in San Diego (preseason game, whatever)

3. The ref’s face on that preseason hit 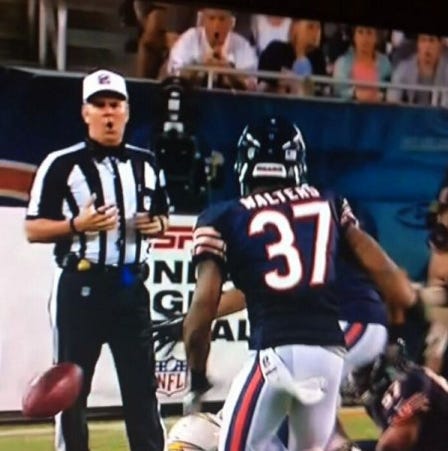 So there it is, my favorite Jon Bostic memories. 1 from his college days and 3 memories from preseason, two of which were tied to the same play in 2013. He was a real gem for the Bears. Fucking Phil Emery put this franchise back into the stone age.

Oh and of course he’ll be the best player ever for the Patriots. Probably get a Super Bowl winning sack or some shit. Never been so sure of something in my life.