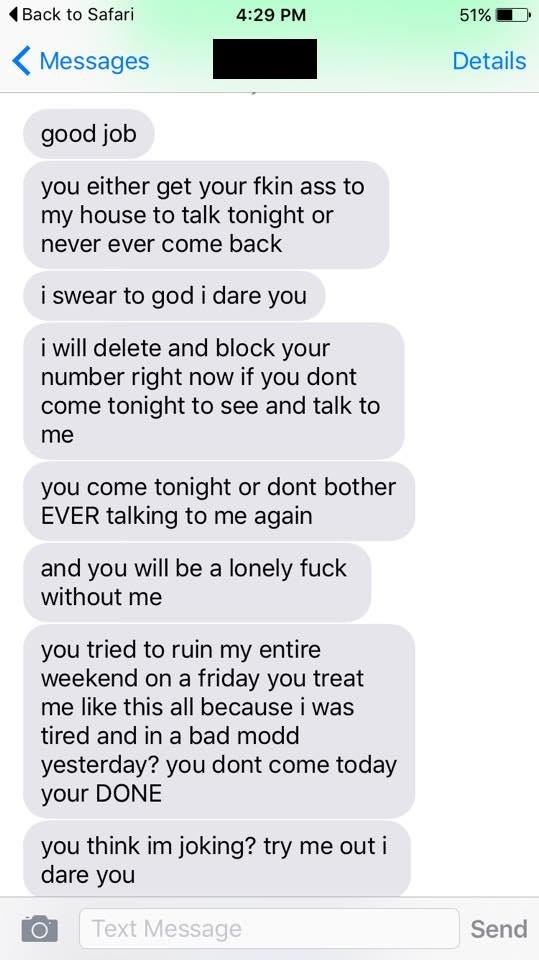 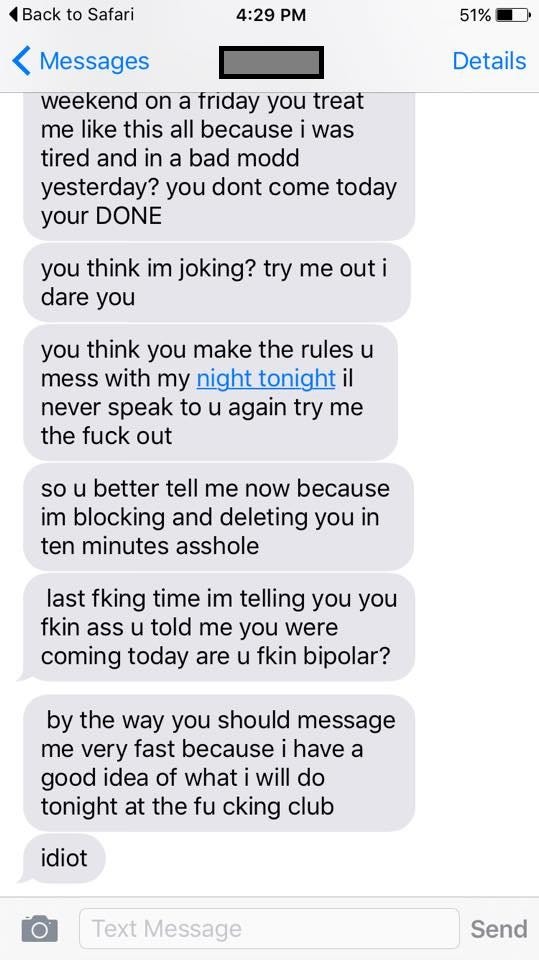 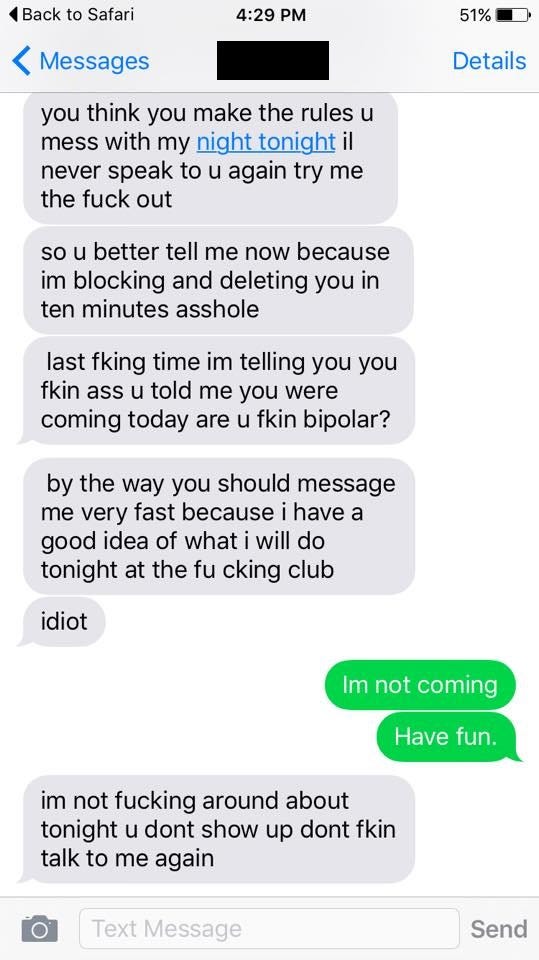 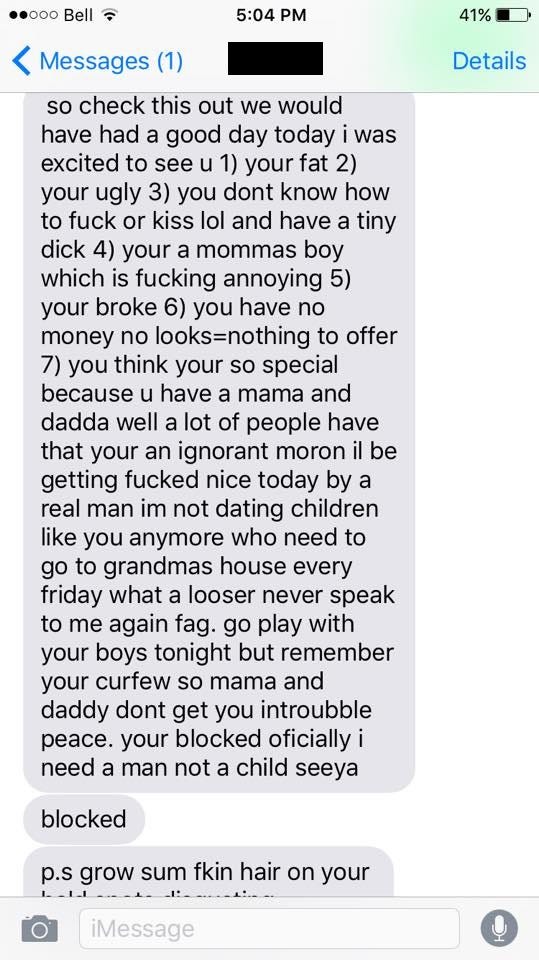 According to a Reddit submission, the above texts came when a guy rescheduled a date with a girl whom he’d been out with one time. And yes I’ll agree that any sort of text binge is a bad look, particularly when you’re coming in this hot over someone you’ve only been out with once or twice. This girl is definitely crazy, has some serious anger issues, and just seems like one of those types who’ll always have problems and then pick a fight over them because she’s determined to be unhappy.

But at the same time based on the clues in these texts, these seem like two older people (he’s bald and fat, she’s flying off the deep end about plans and talking about how she won’t date “boys” any more) and this guy learned the hard way why when you get older, you don’t date a woman who’s the same age. There’s something in a girl’s head that goes off some time between 25 and 35, depending where she’s from, that just snaps if she’s still single and her friends aren’t. And the way you set off that special little bit of crazy in her head is by wasting one second of her time in dating. For a woman in that age range once the switch has flipped, every second she’s not with the guy of her dreams getting diamonds on her finger and loads in her loins to pop out babies, you’re literally wasting a piece of her in the form of her quickly depreciating ovaries. People talk about the old analogy of how a car decreases in value the second it drives off the lot and that’s basically any woman over 28’s ovaries. What was once a BMW driven by the finest gentlemen is quickly becoming a 1962 Dodge Dart. Who knows what would have happened during that hour this dude was trying to reschedule? Menopause? Spontaneous combustion? It’s all on the table in her mind.

Bottom line: She’s a psycho but trust fund George Costanza here should know he’s playing with fire if she chooses to date age appropriately. If you’re dating a girl over 28 who freaks out the moment you show you don’t have the purest intentions of love and white picket fenced babies then it’s time to metaphorically take Old Yeller out back like an adult. It’s your fault for expecting a better outcome. Next time stick with trying to plow 24-year-olds who don’t know the crippling circular harshness that is real life like the rest of us.