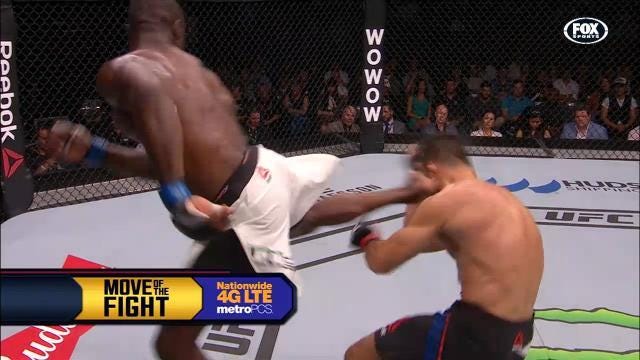 Yeah, no thanks. You can go ahead and count me out on that one. I’m not the biggest MMA/UFC guy in the world but if there’s one thing I can always appreciate, it’s a good old fashion “you just got knocked the fuck out”. And a spinning donkey kick immediately followed up by a flying knee to the face for sure gets the job done in that category. Especially when Uriah Hall was a time underdog here.

I think one of my favorite things in MMA is when a guy is clearly done, when a guy just got donkey kicked the the face and then kneed in the head, and then the fight continues to go on with the dead man getting mounted and taking more shots to the dome. Like his brain was just kicked into a nice giant serving of mashed potatoes and instead of stopping the fight right there, they let his face be used as a punching bag for a few more seconds. It’s barbaric and I love it. Only word I can come up with to describe that fight? 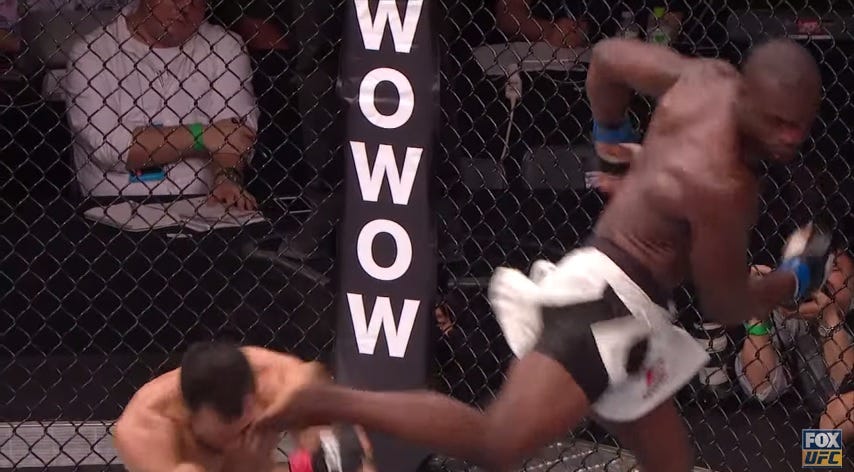 Also, not the first spinning back kick Uriah Hall has ever landed to win a fight so I definitely wouldn’t call this one a lucky shot.