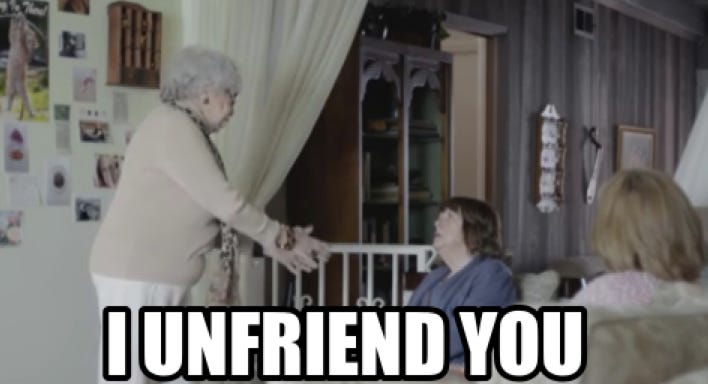 (Source) — TEMPTED to delete that annoying co-worker from Facebook? Think again. Employers around the country will be scrambling to update their social media policies after a decision by the workplace tribunal found unfriending someone on Facebook can constitute workplace bullying. Rachael Roberts, an employee of real estate agency VIEW Launceston, went to the Fair Work Commission (FWC) in February this year alleging she was being bullied by sales administrator Lisa Bird and her husband James, the business owner. Ms Roberts, a real estate agent for more than 10 years who joined the company in 2012, cited nearly 20 run-ins, primarily with Mrs Bird, in which she claimed she was “belittled and humiliated”. In one incident, she alleged Mrs Bird called her a “naughty little schoolgirl running to the teacher” after Ms Roberts had phoned Mr Bird to ask why none of her listed properties were displayed in the front window of the business. After the meeting, Ms Roberts said Mrs Bird had pointed at her, told her to sit down when she had tried to leave the meeting and stood in front of the door. Sitting in her car in a “very distressed state” after the meeting, Ms Roberts said it occurred to her that Mrs Bird might make a Facebook comment about the incident — but when she went to check, she found she had been unfriended. “This action by Mrs Bird evinces a lack of emotional maturity and is indicative of unreasonable behaviour, the likes of which I have already made findings on,” FWC deputy president Nicole Wells found.

As a headline this is kind of surprising. Unfriending someone is bullying? Really? But when you think about it, it might be the meanest form of bullying ever. Unfriending someone is ruthless. Childish, yes. Immature, certainly. But kids are often the meanest people on the planet, so if they do it then you know it’s some fucked up stuff. Bullying is all about making someone feel uncomfortable, right? Make them feel like they’re worthless and less than you? Well, there’s no better way to get that point across then unfriending them. It’s brutal. I was unfollowed by a friend once and I’m not sure I’ve ever been in more emotional pain. I was a wreck. They don’t even care enough to just mute me?! They want me to know that they think this little of me? It wreaks havoc on the psyche.

It’s like the breaker upper in Seinfeld. At first you’re thinking “HA! What a fucking baby. What an infantile reaction,” but as the days wear on, you become more and more obsessed with it. You dive deeper into self-loathing and eventually just snap. You laugh at the headline and say it’s childish, but kids are the one who run up to strangers and call them fat or ugly. Kids are monsters. So yeah, if something is “childish” then it’s absolutely bullying. Torturous bullying.