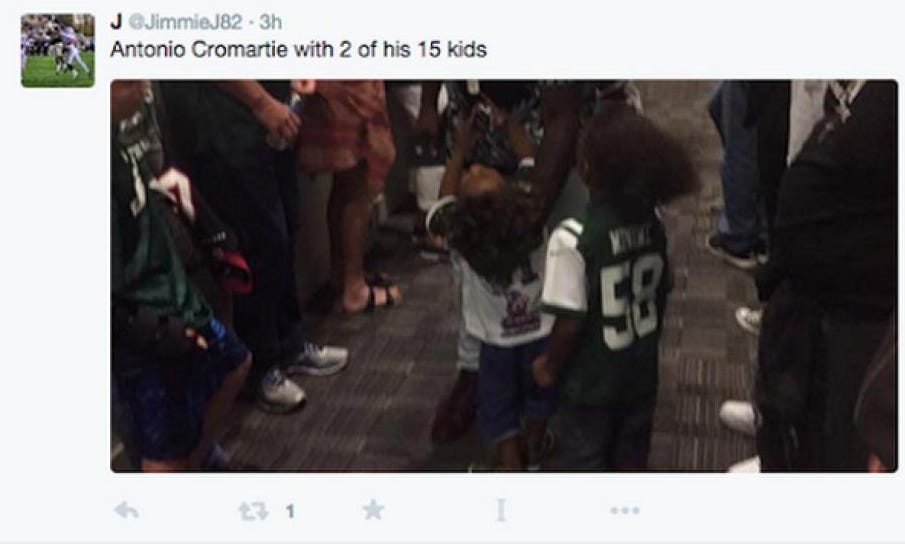 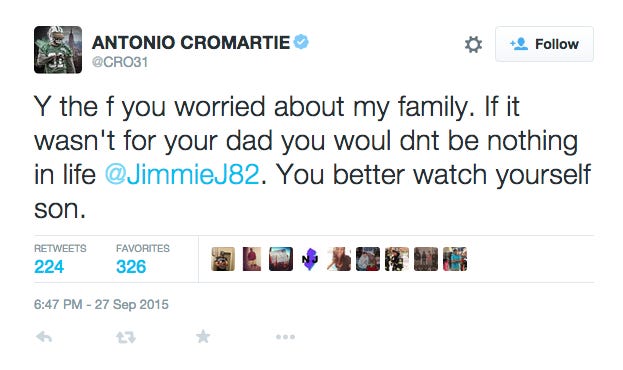 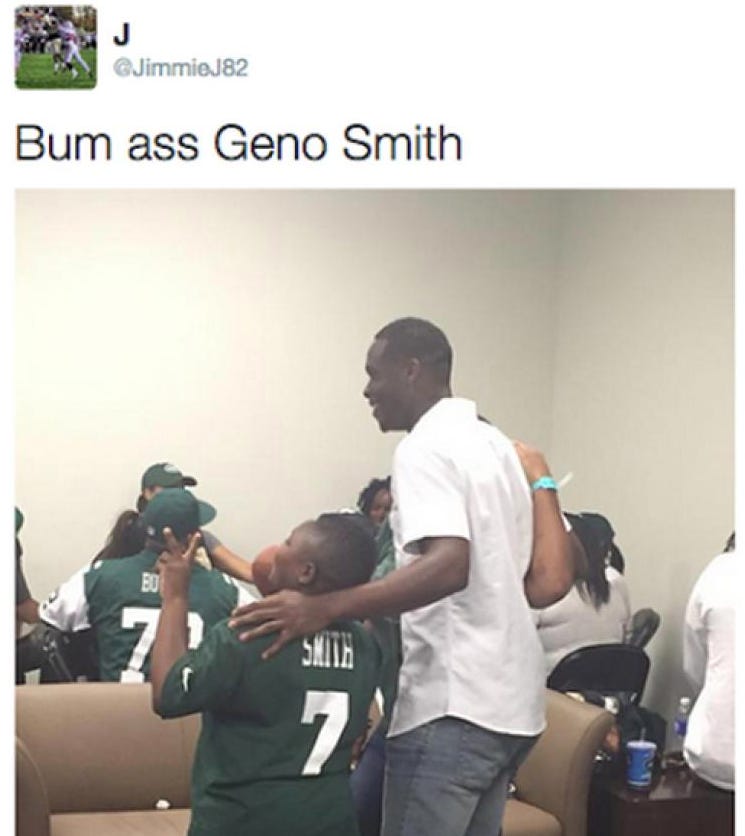 NYDN – The Jets faced some trash talk from inside their own locker room on Sunday. Some tweets taking shots at Jets players after Sunday’s 24-17 loss to the Eagles appeared to have come from tight ends coach Jimmie Johnson’s son. Though the offending tweets were taken down, they were captured by Yahoo! Sports before they were deleted. @JimmieJ82 tweeted a picture of Geno Smith posing with a young fan and wrote, “Bum ass Geno Smith.” He followed it up with a picture of Antonio Cromartie, captioning it, “Antonio Cromartie with 2 of his 15 kids.” That all might have been bad enough, considering his father is a coach for Gang Green, but the situation got worse when Cromartie took notice of the tweets. And the cornerback was mad. “Y the f you worried about my family. If it wasn’t for your dad you (wouldn’t) be nothing in life @JimmieJ82. You better watch yourself son,” Cromartie responded.  Eventually, the account’s handle was changed to @JTre88, and he apologized to Cromartie. “@CRO31 apologize for the tweet man, I really didn’t mean anything by it. Stupid tweet. I hope I get to apologize to you in person,” he tweeted. “Those tweets were really stupid on my part. Will apologize to both of them if I get the chance,” he added in another tweet. Johnson is in his first year on the Jets’ staff.

Making fun of the players on the team your father coaches for. Bold strategy Cotton! Lets see how it plays out for him! The irony of trying to take shots at Cro and his kids when this little prick is undoubtedly the loser kid in his family. Like dude your dad probably hates you. Probably cannot stand that he has to deal with you every day. Worry about the fact that you suck as a son before trying to make fun of another man and his family.

Does Cromartie have 100 kids? Yes. Is Geno Smith a bum ass? Yes. Do you tweet this shit out when your fucking father coaches these players? No. Moronic to the highest fucking degree. As dumb as it gets. Wish IK Inemkpali was still around. Theres another cocky, dopey clown who could use a right hook.