Focus was all on football yesterday obviously, but I messed around and threw a quick lineup in to the Sunday Moonshot just for shits and giggles.

Fun story, I was in 2nd place with this lineup before the Cubs/Pirates game. $1,500 from a $3 buy in, pretty good ROI tbh. Unfortunately for me, they went ahead and actually played that Cubs/Pirates game, and a bunch of assholes got points for Jake Arrieta. Sucks how that works. Thinking of writing an email to DraftKings to complain.

Anyway I know we are the tail end of the season and people are all moving on from baseball, but honestly I think this is a great spot to try and make some last minute cash. Pitchers getting shut down, call-ups getting a chance to show what they can do, all amounts to a bunch of value play options. Best strategy – pair some value guys with some big arms and bats that are still playing for something meaningful, and watch the $$ pile in.

-Speaking of guys with something to play for…you got Greinke making a Cy Young push for a team trying to get its magic number to 1 and trying to catch the Mets for homefield. Check up on his health and everything, but last I checked, he’s all cleared and good to go for a full workload tonight. Just be careful…Mattingly pulled Kershaw after 80 pitches last time out.

-Kluber got a quick hook his last time out, and I don’t like his matchup with the Twins anyway. I’ll be avoiding him again.

-McCullers, Verlander and Lynn are all interesting options at this price point. Each pretty risky but definitely with upside. I think I’d take McCullers as my favorite of the bunch.

-Yordano Ventura could be worth a shot depending on how tough your stomach is…he’s prone to implode a lot and the Cubs can be a scary lineup, but if you catch them on the right night, you can also get a ton of Ks out of them.

*Update, Cubs lineup just posted with no Rizzo, no Schwarber, and Tommy La Stella batting clean up…do with that what you will.

-JA Happ has looked great with the Pirates and is a strong consideration for me tonight, even though I hate targeting the Cards.

-Don’t love many value plays tonight – Elias is probably your best bet out of that group.

*Also Phil Hughes was just scratched for Tommy Milone making his first start in over a month. Don’t have time to look up the stats but I’m assuming that’s a bump for Indians righties. 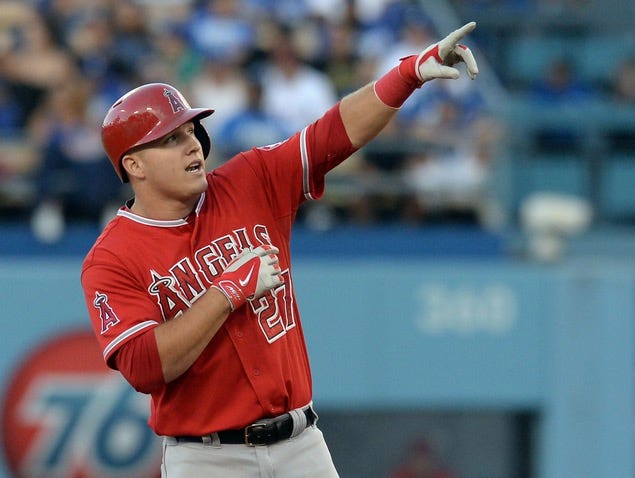 hey look there’s Kmarko on top of the leaderboard again

Guy had a brutal August and killed me every time I took a shot on him – but over his last 12 games, Trout is batting .356 with six homers and 12 RBI. That’s what we like to call a late season push to make us some fantasy sports money. Or maybe he wants to be considered for MVP, who knows, either one probably. He’s got a matchup with the cheapest pitcher on the board and 5.3K isn’t exactly breaking the bank (especially when I was ready to pay 6.4K for Corey Seager last week) so he should be pretty locked in to my lineup tonight. 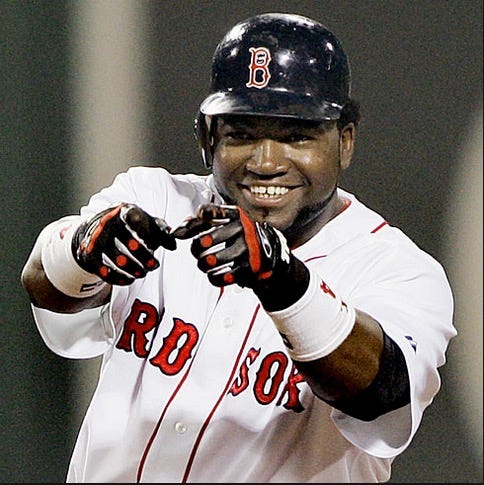 Ortiz is out of the lineup. That’s actually hilarious. I caught it before this post went live, but I left it up there ^ so you can see how I predicted that.

BRING BACK THE ALTUVE WRITE UP! 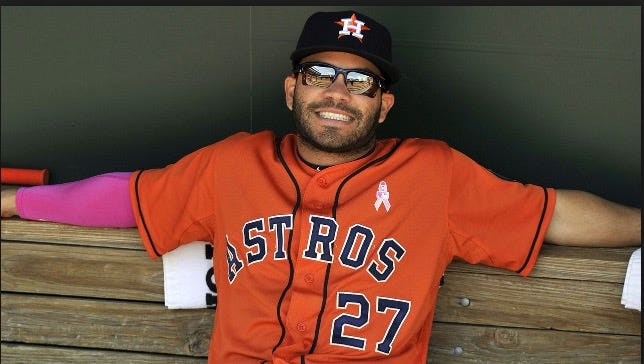 Altuve vs. a lefty has been a favorite play of mine all season – Altuve vs a mediocre lefty for 4.4K is an autoplay. 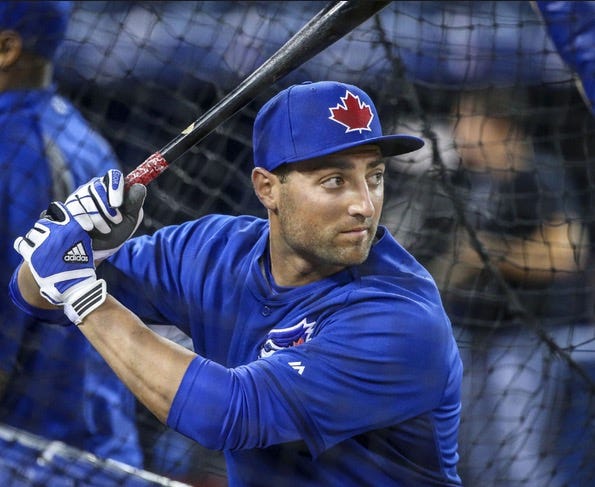 People start yelling at me on Twitter if I don’t get these picks up by 4:30 every day, so I haven’t had a chance to see all the lineups come out and search through all the call-ups and min priced guys. Around 6 or 6:30 definitely go through the lineups and see if any cheap guys batting in the top 6 of the order call out to you. But one guy I can definitely focus on at this point is Kevin Pillar. Love the Blue Jays to hammer away at Tillman tonight, and yes all the big name high priced bats are in play, but I’ll highlight a value play here that’s been paying off big time for me. Pillar bats down in the order which I don’t usually like to target, but check out the results. Absolutely en fuego lately.