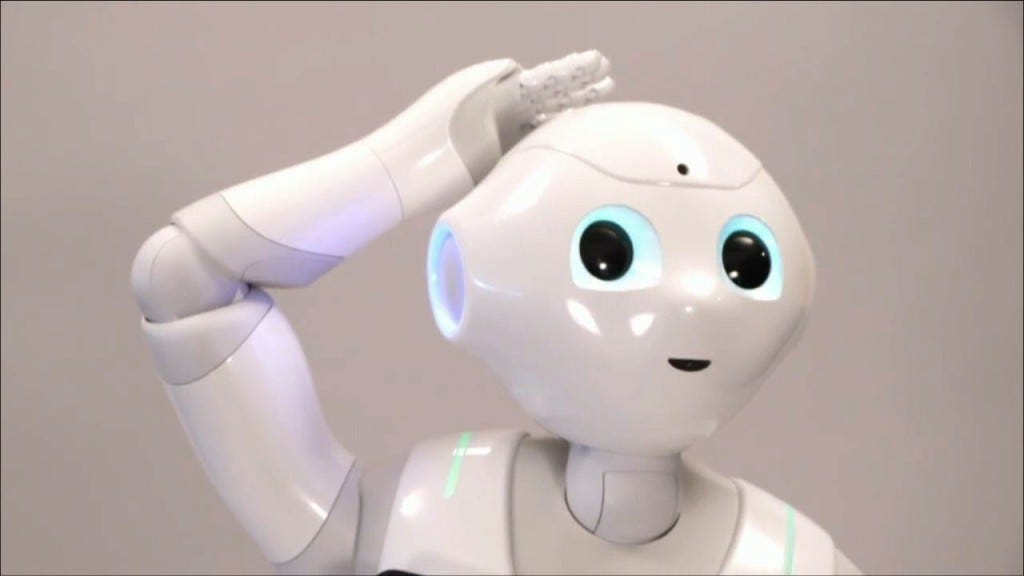 IBTimes – The Japanese company behind humanoid robot Pepper has told its owners not to get frisky with it. In the user agreement for the android, mobile phone firm SoftBank states: “The policy owner must not perform any sexual act or other indecent behaviour” on the machine, which is designed to live with humans.

Pepper was produced in collaboration with French robotics company Aldebaran SA and went on sale in June for $1,640 (£1,078)…SoftBank has said that perpetrators of sexual acts with Pepper could face punitive action, but did not specify the consequences or how anyone would find out.

Well I’ll tell you what. I’m pretty damn glad that I’m not a robot in the year 2015. Because it seems to be the most dangerous occupation in the world right now. You can either be HitchBOT and have to worry about getting brutally murdered in the hard streets of Philadelphia. Or you can be this new “humanoid” robot Pepper and have to worry about getting fucked 24/7 by your owner. I guess if there ever is a robot uprising in the future, at least it will be justified.

As someone who has a nice bowl of applesauce for brains, I have no idea how Pepper is supposed to work. They say it’s supposed to have and understand emotions and is supposed to be more of a “human companion” than a robot. Pretty much a more life-like version of “Her” I guess?  I don’t know. I guess you just have to be incredibly lonely to purchase one of these but we’re not here to judge anybody. But, if we’re just reading between the lines here, you’d think that a human companion with emotions that you have to pay $1,600 for would mean that you would at least get to bang said robot, right? I guess this Japanese company really puts the soft in SoftBank.

As the old saying always goes, “Pics or GTFO” 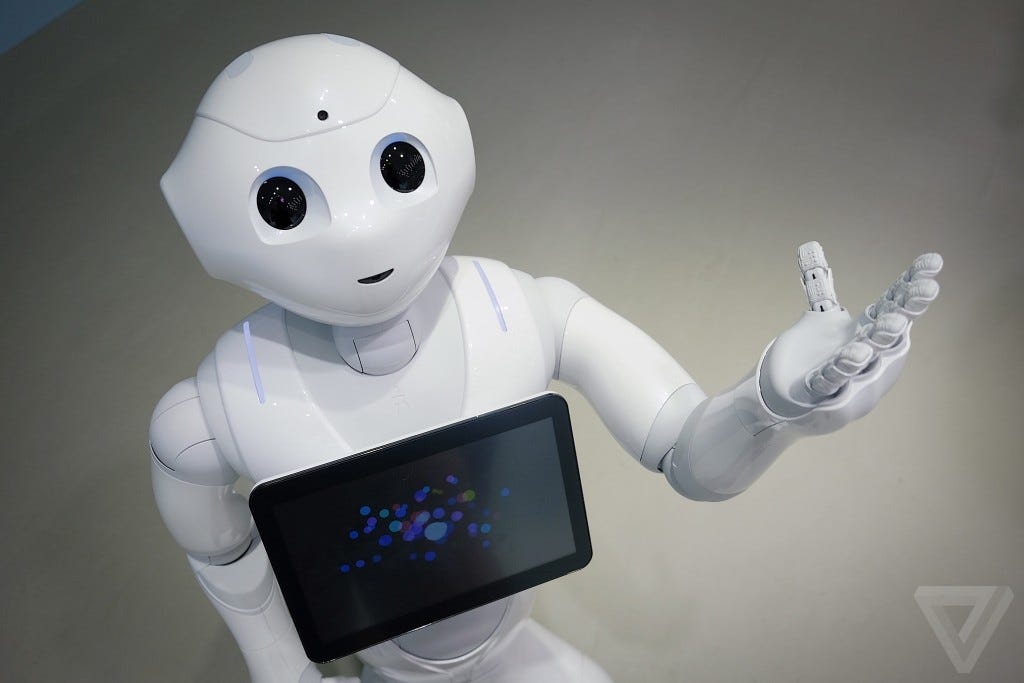 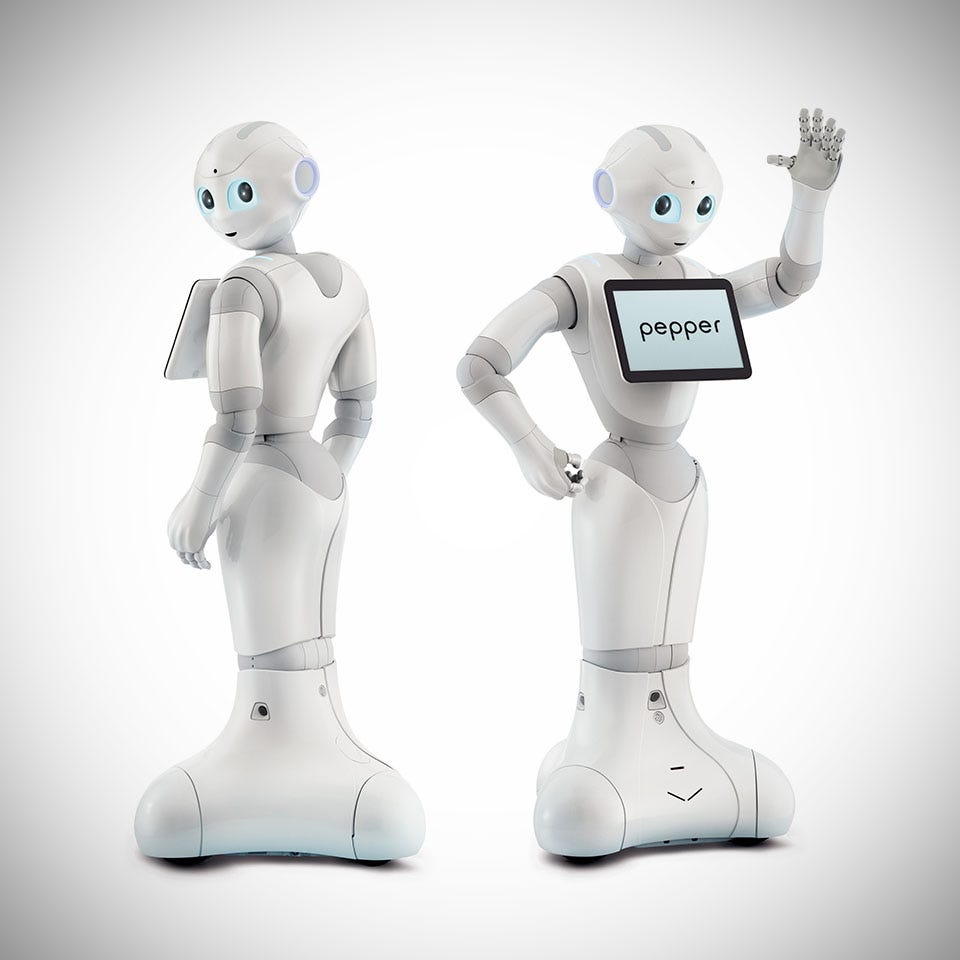 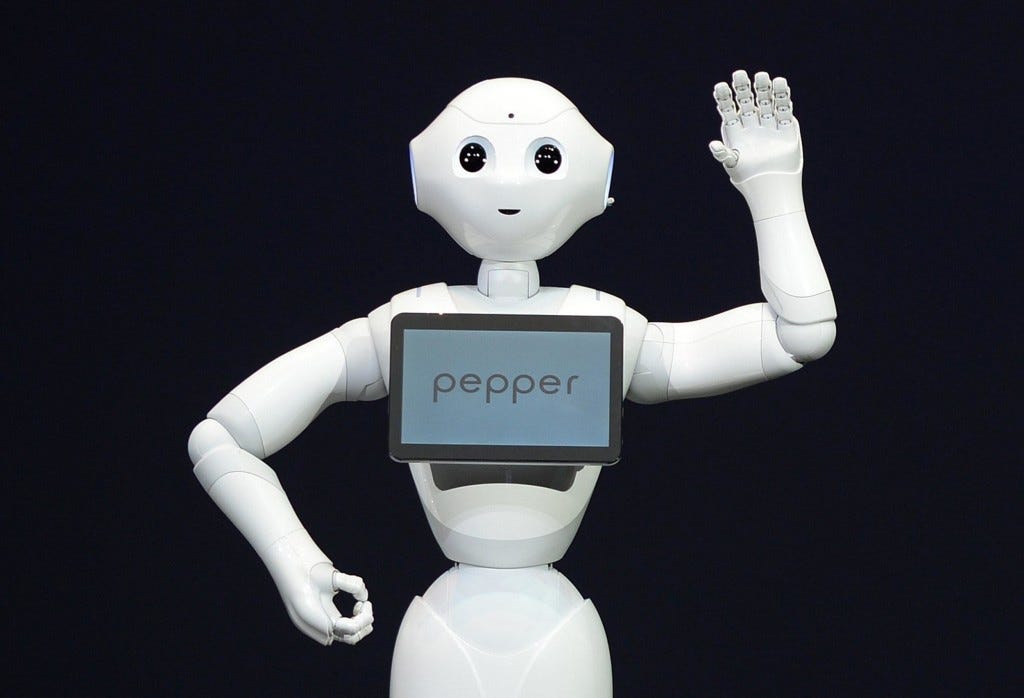 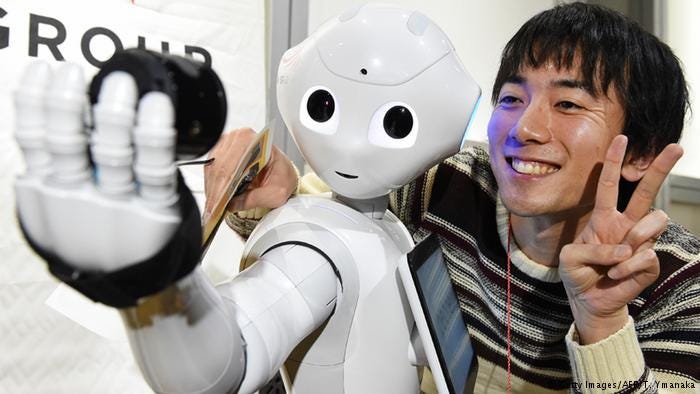 If there’s one thing that Japanese people love more than anything else in the world, it’s throwing up the peace sign in every single picture they take.