Before Sunday’s series finale against the Orioles, which marked the end of the home schedule for the 2015 season, the Red Sox held a ceremony to honor former President and CEO Larry Lucchino with a tribute video, first pitch and the whole deal. Don’t get me wrong; Lucchino deserved every single second of that recognition for every reason that the tribute video illustrated. Lucchino will probably never get the full credit that he deserves for what he accomplished here in Boston, but that video is a pretty good start.

But after all the backlash since we first learned that NESN had decided to move on from Don Orsillo, after all of the fan outrage, the national media criticizing the decision, the petitions with 62,000+ signatures, and all of the complaining on every corner of the internet, NESN is still doing dumb shit like this. I was there. They showed a great tribute video to Orsillo on the video board before the top of the eighth, and NESN didn’t show a single second of it. Why?

Not only did they fail to show the tribute video on the NESN broadcast, but they clearly went out of their way to not show Section 10 at any point during the game. Why would they avoid Section 10? Oh, no reason. Just that we brought in 350 Don Orsillo heads and handed them out to everyone in the entire section, who then held them up for the entire game. Nothing to see here. 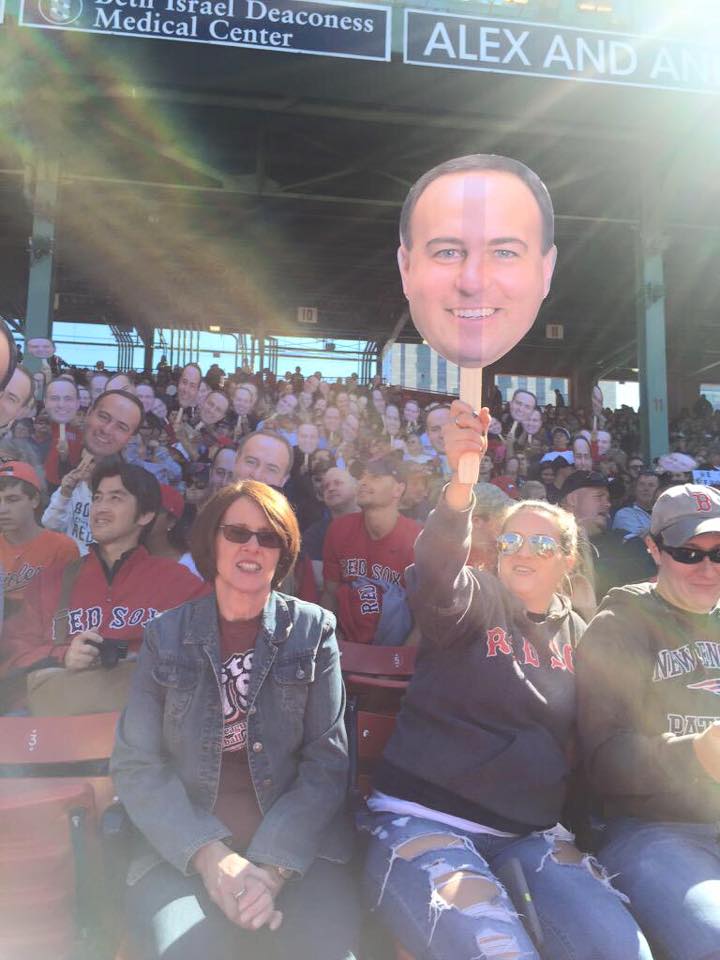 Orsillo heads made it in @barstoolsportspic.twitter.com/ZG7p52sDeY

But am I surprised that NESN didn’t show the tribute video or acknowledge the Don Orsillo heads in the stands? No. And that’s the sad part, is that for a guy who was as great as Don was at his job, and as loyal as he was to NESN, and for as much as he has meant to Red Sox fans, they thank him for all of that by showing his tribute video during a commercial break, in the eighth inning after a good chunk of the fans in attendance had already left the ballpark. It’s pathetic and classless. There’s a reason why most talents who leave NESN have nothing good to say about working there. And Don is too classy to comment about how disgracefully NESN has handled this entire process, so I will. It would’ve been nice for all of Red Sox Nation to have seen his tribute video, but what do you expect from the network that got rid of him in the first place? Good decision-making isn’t really their thing.

Wow. If this is actually true, and NESN “refused” to air Don Orsillo’s tribute video, then I don’t have the words to describe how big of a scumbag the person or persons behind this really are. And someone made a great point about this on Twitter. Yeah, NESN sucks and they deserve all the negative feedback in the world from this, but I want names. Just saying that this is NESN’s fault isn’t enough. There are actual human beings who are responsible for the inexcusable decisions that have been made. Sure, we can piece together a pretty good educated guess, but I want confirmed reports of who these shitbags are so that they can be held accountable.

After hearing this news, if I were Orsillo, I would make Sunday my last game. Go out on your own terms. Tell NESN to shove it up their ass, and be able to say that your last game that you ever called as the Red Sox play-by-play announcer was right at home at Fenway Park, the way it should be.

Also, I was able to track down a fan video of Orsillo’s tribute, so fuck you, NESN.