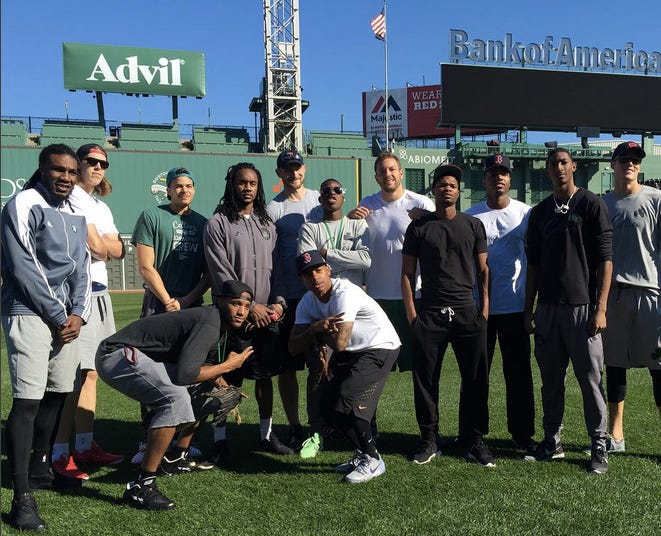 Before we dive in let me preface this blog by saying yes, I know it’s football season. But the Patriots are 2-0 and with cupcake Jacksonville coming up, what better time to talk about this city’s next NBA champion as training camp quickly approaches. After a pretty successful summer (minus the fireworks we’ve been promised for about 3 years) there is a lot to be excited about as we head into the 2015 season, but there are also a lot of questions. For example

Now my math skills are nothing to write home about, but that’s 16 players. Granted they are all worthy of making the team, but there is this little rule about only being able to carry 15 players on your roster. So what does Brad Stevens & Co do? Good question and I have some theories. For the sake of this exercise I am going to leave out the possibility that Trader Danny makes a trade. He could, and we have “assets” but that is too hard to anticipate, so fuck it. In reality, it’s a matter of who faces the chopping block, and in my opinion it comes down to Perry Jones III and Evan Turner. Now PJIII shouldn’t be a surprise, the Celtics basically got him for free and while he is young and has potential, it wouldn’t break this team to lose him, especially with how stacked they are at the position.

Evan Turner is a bit of a different case, and I may be going out on a limb with this one. Granted, I feel like he is just a turnover waiting to happen, but he didn’t play THAT bad (9/5/5 with a 12.88 PER). He is only making around 3M, so maybe he is more trade bait than a straight up cut, but I feel like the selection of Rozier in the 1st Rd was the writing on the wall for him.

There is also the possibility that some of our rookies get sent to Maine for some reps since Stevens has repeatedly said he prefers a 10-man rotation so young bucks like Hunter/Mickey could see some time with the Red Claws. This would certainly help “keep” everyone, and probably makes the most sense.

2. Does James Young restore faith in the #FreeJamesYoung movement

As a card holding member of the James Young Fan Club, I wish I was more confident heading into camp about his ability to actually contribute this season. We heard this summer how much muscle he put on, and how much stronger he looked, but watching 2 seconds of the Summer League and you could just see he still plays scared/hesitant/weak whatever you want to call it. He is really young (just 20) and seems to dominate when he plays in the D-League, but so did Fab Melo. It could be too early to call him a “bust”, but at some point the proof has to be in the pudding. On the depth chart, there is definitely an opportunity for him to be part of that second unit, especially if we see Jerebko spend time at the stretch 4 like we did down the stretch of last season.  Young does provide solid length, and a legit stroke, so it would be nice if he was as good in real life as he is when I use him in 2K15.

He is without a doubt our best offensive player, even at 5’9. In 21 games for the Celtics he put up a very solid 19/2/5 with a PER of 20.63 for the season. No one denies how exciting he is to watch, but we also saw how he can at times shoot you out of a game (33% shooter in the playoffs). It is no secret that Thomas has made it clear he prefers to start, but like Ainge, he is going to let Brad make the call.

But should he start? I say no. It’s a cliche, but I am a firm believer in it’s not who starts the game, but who finishes. Many will say Marcus Smart has earned the right to start, and when you look at the splits, he actually performs slightly better with the first unit than the second. That should come as no surprise since he is playing with better players that help hide his weaknesses, and I feel as though Thomas is just too important to that second unit to mess with it. When you look at that potential unit (Thomas/Turner/Jerebko/Johnson/Olynyk) right away you can see their need for scoring.  From a minutes standpoint he and Smart were virtually the same (26 vs 27) so to begin the season I see him sticking in his 6th man role.

4. Who makes the biggest jump? 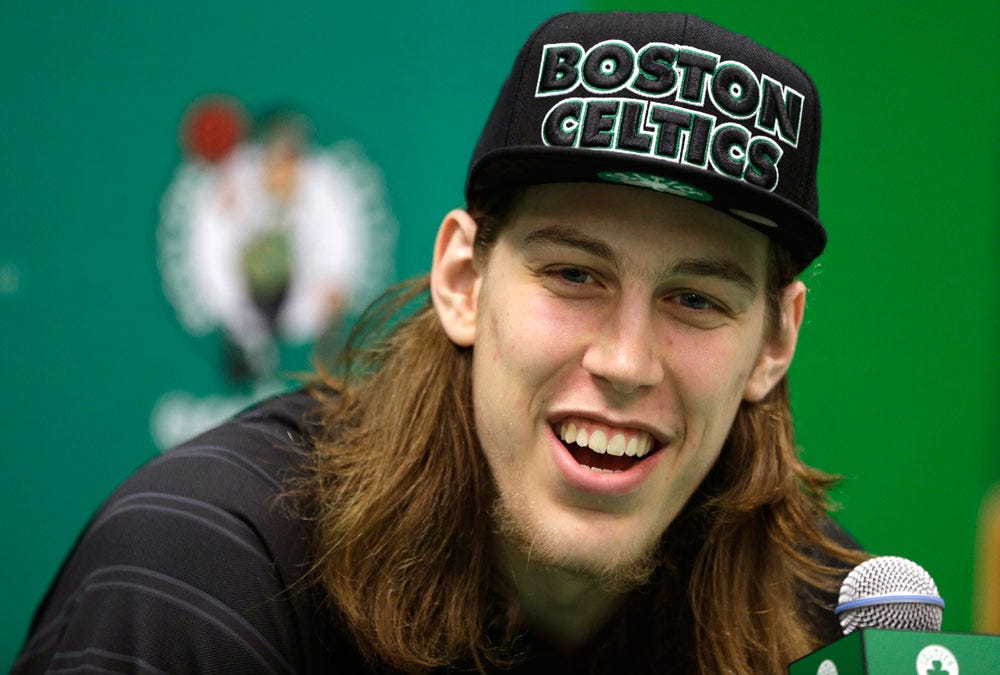 This is the year. This is when we see why Olynyk is a poor mans Dirk. After last years 10/5/2 with a 15.93 PER he has gotten better each year he’s been in the league (all two of them!) His minutes slightly increased in 2014, and after what we saw from him this summer, I see no reason why they wouldn’t continue to climb. When it comes to Kelly, there are certain things you just need to accept. He will never be the type of player who pulls down 7 or 8 reb a game despite his 7ft frame, and his defense may never be elite, but his offensive ability trumps all that for me. Plus, his ability to be sneaky dirty despite being Canadian absolutely goes in the plus column.

I would say his 2015 season could look very similar to what Dirk did last year. Now let me stress that I am not saying Kelly is as good as Dirk, but I’m saying a 17/6/2 avg with 19 PER isn’t out of the question. That increase would do wonders for the second unit, and allow players like Thomas to penetrate easier since defenders will have to respect Olynyk’s range.

5. How do the Celtics stack up in the East?

I am on record with 47 wins, and I have no plans of changing it, if anything, it could probably be more. Here’s why it’s not as crazy as you think. The Celtics finished last season 20-11 post All Star Break, which was one of, if not the best in the entire Eastern Conference. Defensively down the stretch they were among the conference leaders and when you look at their glaring needs (rebounding/defense/shooting) they addressed that through the draft and free agency. Yes, David Lee and Amir Johnson are not going to give you a raging Scalabrine in your pants, but they will help sure up the front line. There are definitely other teams in the East that you can expect to be better this year, Miami and Indiana come to mind, but that is not to say the Celtics won’t be better as well. In fact, before you go calling me names, even SI thinks so, so there.

We should have a clearer view of this team post camp and once the preseason starts on Oct 6th, and I hope to see fellow Green Teamers at the Garden on Oct 16th. My only advice is don’t let the trolls and haters discourage you, this is going to be a great season and fun as fuck to watch. I hope.