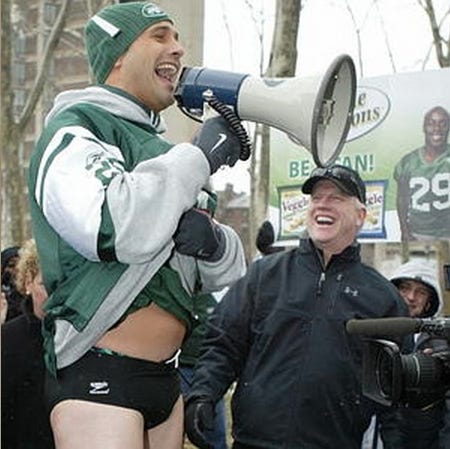 WFAN – What a few months it’s been for Tom Brady. On May 11, the Patriots’ quarterback was suspended for the first four games of the season for his role in “Deflategate.” He appealed, and the suspension was upheld on July 28. And then, earlier this month, the suspension was overturned by Judge Richard M. Berman. Brady has gotten off to a stellar start in 2015, throwing seven touchdowns to no interceptions and leading his team to a 2-0 record. But the four-time Super Bowl champion might not get off scot-free after all. On Friday’s “Boomer and Carton” program, WFAN host Craig Carton said that he was with a “very influential person in the NFL” on Thursday. Carton said the person told him “there’s no doubt in his mind” that Brady will serve a four-game suspension this season after the NFL’s appeal is heard. Carton reports that the league is trying to get the appeal expedited. “What this person doesn’t realize,” WFAN host Boomer Esiason responded, “(is) that they all felt the same way prior to Judge Berman’s ruling. But what they didn’t know is that Judge Berman was going out to The Hamptons to hang out with (Patriots owner) Bob Kraft. “…I don’t buy it. I know they want to expedite an appeal, but there’s so many other things on the docket at these courts. Is this really that important to somebody? I know it’s important to the NFL.” A suspension of Brady would be huge for the Jets, who are 2-0 entering Sunday’s game against Philadelphia and look poised to make the playoffs for the first time since 2011.

If the NFL is honestly still running around telling people they think they are gonna win this thing, they’ve reached a new pathetic low. Especially under the delusion that this will all be expedited and occur this year. Thats actually impossible, I think. But the notion that this would ever be overturned and they’d win is just insanity. I was trying to think of some sort of analogy comparing this situation to a break up where one person is acting incredibly desperate and trying to “win” but I honestly couldnt even find one that fits. Because its just that absurd that they would try to drum up another round of Deflategate. I honestly think the main reason that the NFL cant win the appeal is Deflategate fatigue. Not the supposed lack of evidence or the NFL overstepping their bounds in the investigation, but because a judge would honestly be like “I dont really care about this anymore.” I think you could show a judge video evidence confirming the accusations and he’d be like “I just dont really care enough.”

Unless of course, it does.