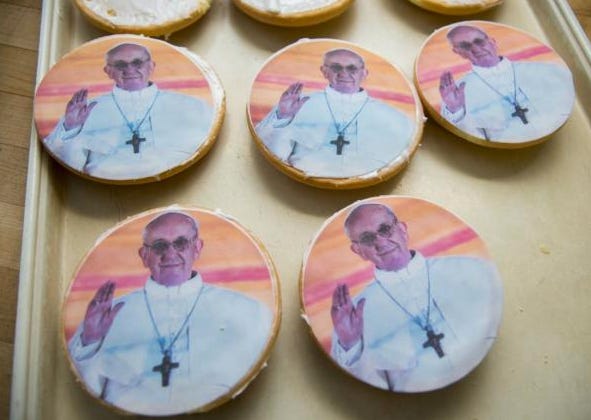 NYDN – They’re sweet on Pope Francis at the Artuso Pastry shop. Just days before the popular pontiff is due to arrive in New York City, the beloved Bronx bakery has unveiled a pope cookie that bears His Holiness’ likeness. And, said party shop manager Natalia Corridori, “they’re selling like hotcakes.” “People come by and say, ‘Oh my God, I’ve got to have it,’” she said. “Their faces just light up.” The pope cookie, which sells for $2.95, has also gone global. Corridori said some of their customers have already shipped them to Spain, Guatemala, Nicaragua — even the Vatican. “I don’t know if Pope Francis has gotten to see it,” said Corridori. “It was shipped to his attorney.”  They cranked out some 200 cookies with Benedict’s face on them — and they sold out in less than an hour. “We had no idea that would happen,” she said. There were two kind of reactions from the people who bought the pope cookies, Corridori added. “Some people were like, ‘I can’t eat this, I am keeping this’,” she said. “I imagine there are Pope Benedict cookies sitting in peoples’ freezers.” Others, she said, “ate them right away. They said it was a blessing to eat them.” The pope cookies use the base of a black and white cookie, which Corridori called “a native New York cookie.” “We remove the chocolate topping and replace it with a sugar coating and put the pope’s picture on top of that,” she said.

I have not seen a marketing scheme this brilliant since one crew of guys convinced the entire world that their buddy was actually the son of a supernatural creator. I mean talk about genius. This bakery has cookies that are so popular right now people dont even want to eat them. People just wanna look at them. Hold them. Have them. Like a pair of fresh sneakers you’re too afraid to wear. A brand new toy youre too afraid to take out of the box. These cookies are so hot and the Pope is so powerful he has people spending their money on food they never plan to eat. Its incredibly, really. You know how hard it is to resist eating a black and white cookie from a Bronx bakery on 187th street? Thats almost fucking impossible. Only one man could pull that off. il Papa. You cant go to sleep at night with a clear conscience knowing you ate right through Francis’ face. You need to wrap that thing in Saran wrap and keep it forever. You need to shrink wrap that shit with one of those As Soon On TV air vacuum sealer things. Put that in a frame and hanging right next to your Papal Blessing thats hanging on your wall.

What? Whats that? You dont have a Papal Blessing? Then that means you’re a Jew or a sinner and either way youre going to Hell. 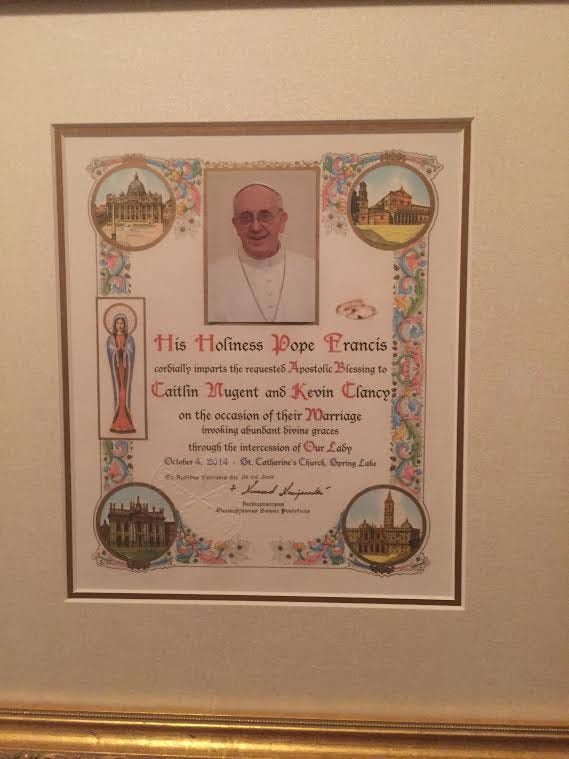