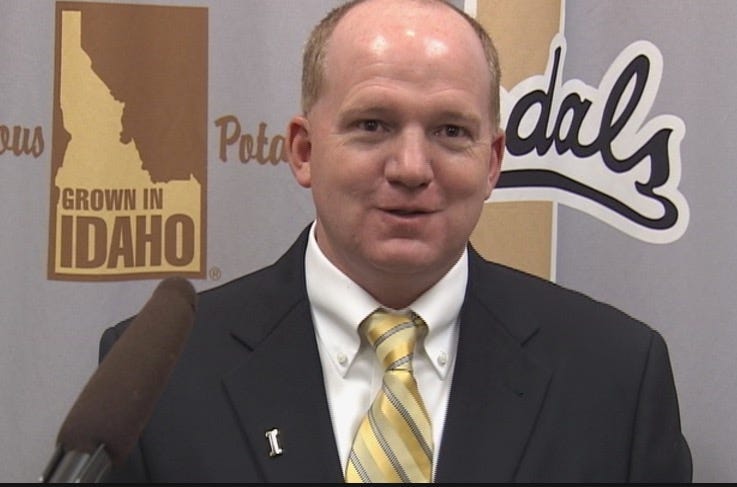 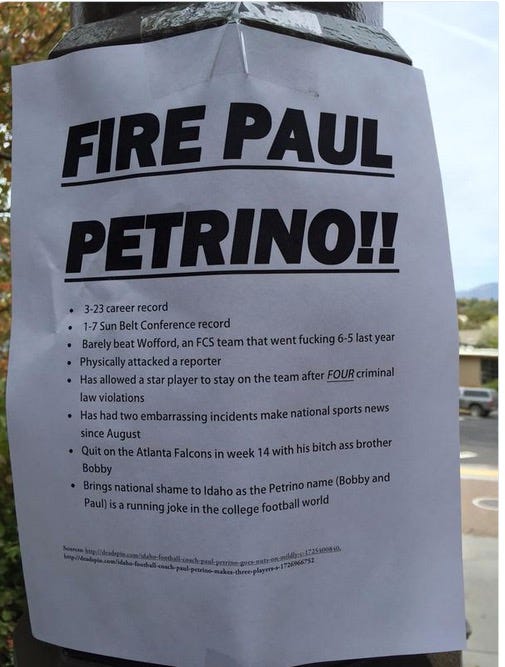 I’ll be honest, I had never considered shaming Idaho because quite frankly “Idaho” had literally never ever crossed my mind, but yeah now that you mention it, it is kind of shameful you have a Petrino there, good point.

Whoever said “a win is a win” clearly didn’t mean barely beating fucking Wofford by 3 points. 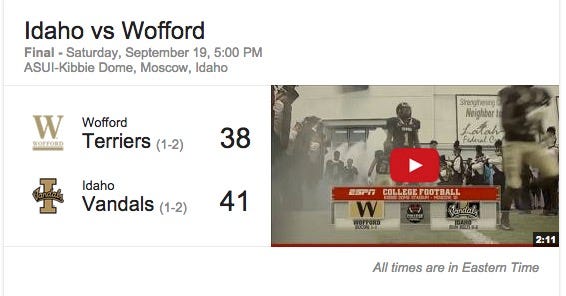 “Bitch-ass brother Bobby” makes me laugh every time I read it. It’s so true. Bobby is really suchhhhh a bitch ass. 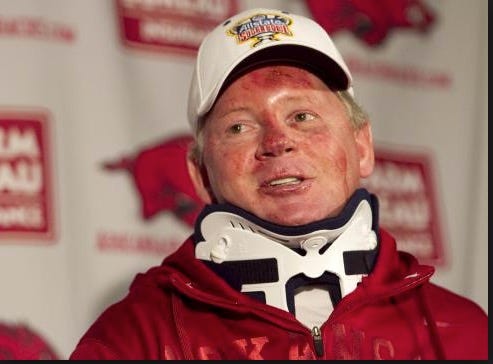 Always the most savage move. Just flat out putting the record in there. Because that’s nothing subjective, it’s just #FactsOnly – you fucking stink at coaching. 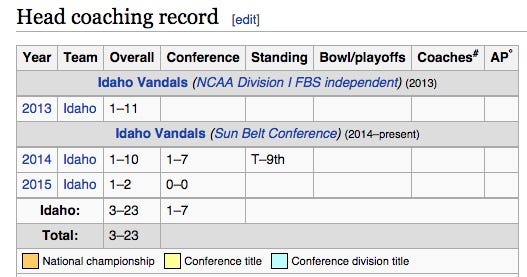 Oh and this was the threatening of the reporter that was mentioned:

According to the Moscow-Pullman Daily News, Petrino had to be restrained by an assistant after angrily confronting a reporter from the paper at the end of practice on Wednesday. The reporter, Michael-Shawn Dugar, says that Petrino was upset with him over a piece he wrote discussing Idaho’s vertical passing attack, which Dugar described as a work in progress.

Petrino walked up to me and the [Lewiston] Tribune reporter just outside the practice field and began to scream in my face, loudly informing us how many deep balls the team completed Wednesday. He then went on to chide us for our inaccurate criticisms of quarterback Matt Linehan and our lack of football knowledge, walking away saying, “You don’t even know what the (expletive) you’re talking about! Do your (expletive) job!”

Then he turned back and started to move toward me, still angrily shouting expletives about my writing and my professionalism while being physically restrained by one of his assistants, approaching me as if he had plans to do something other than verbally express his concerns. [CBS]

Dude, you’re 3-23 lifetime. YOU don’t know what the fuck you’re talking about.