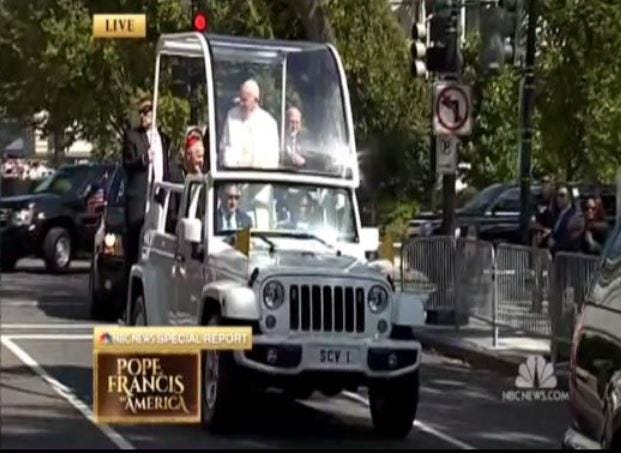 Ok let me start by saying I understand why the Pope is sort of a big deal. Why guys like KFC are running around wearing Pope hats and shit today. I went to the Vatican when I was in Rome. Boring as shit, but the First Lady made us do it. It’s history. It’s culture. If I was a nun I’d probably be tailgating too. No different than people getting all excited about the Queen of England. But the Pope doesn’t have any real power anymore does he? You just look at the Pope and point and be like damn look at the old dude in the white robe. That’s some historic shit. But actually caring what he says about Cuba or Climate Change? How can you trust anybody who can’t fuck or drink? You can’t. Which brings me to my next poiont. Who does the Pope think he is driving around with a bullet proof glass vehicle? Who wants to kill the Pope nowadays? Nothing more arrogant than pretending you’re so big that people want you dead. Chill out bro. You’re a figurehead and that’s it.

PS – Okay so I guess he’s going to Philly?   That may explain the bullet proof glass.  My b.