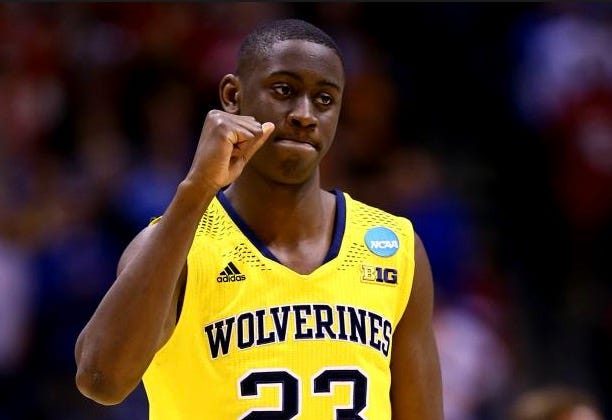 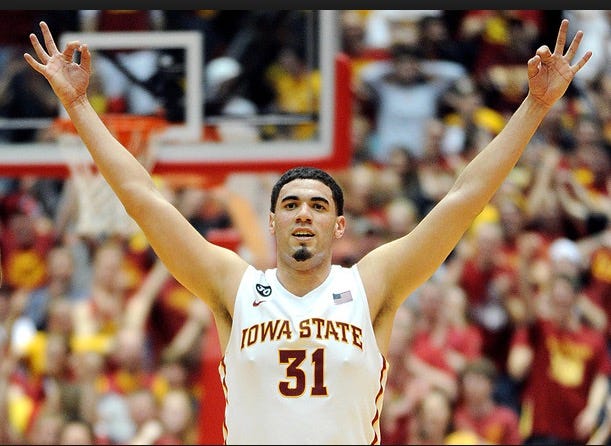 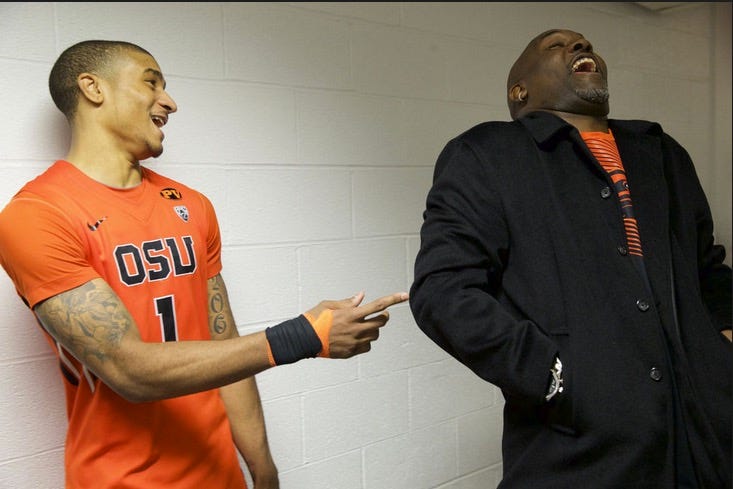 Oh, you thought we were done with each other already? Well to quote House of Pain ‘just like the Prodigal Son, I return.” This time I’m here with previews and predictions for the Big 10, Big 12, SEC, Pac-12 and UMass that I’m sure everyone will agree with.

If you missed part one of the preview, you can read them here. But, let’s keep trekking forward so when these projections are right at the end of the year it looks like I know what I’m talking about.

The Big 10, which really is more like the Big 14 brings us a favorite to win the national title and a whole gaggle of Barstool bloggers. We’ll start with Maryland, who is one of the four favorites to win the National Title per Bovada Sportsbook. The Terps are using their Under Armour relationship to bring in top recruits and land better talent, which this year resulted in McDonald’s All-American Diamond Stone and Georgia Tech transfer Robert Carter. The biggest problem with Maryland is the fear of Mark Turgeron not using his team correctly. Maryland was at its best last year when they took out its true center and played Dez Wells in the post offensively and surrounded him with four shooters. This means Jake Layman HAS to play the four – which is a fear this year with Stone and Carter as post players. Turgeron has to play one of them off the bench, utilizing Layman correctly. One sigh of relief for Maryland fans is the fact Layman has put on over 20 pounds this offseason, making it seem more likely he’ll be playing in the post.

After Maryland there are about seven teams that can finish anywhere from second to ninth including Michigan, Michigan State, Indiana, Wisconsin, Ohio State, Iowa and Purdue. The team I’m the most bullish on out of that group is Michigan (Pageviews, right?). John Beilein is the most underappreciated coach in the country and the fact he has depth at the guard position should scare everyone else in the conference. After missing a majority of last year Caris LeVert and Derrick Walton return to a roster that returns everyone else. Much like a couple years ago when Michigan lost to Kentucky in the Elite Eight, this team is shaped for the same type of run.

Iowa could be the sleeper of this group. The Hawkeyes finished last season with six consecutive wins and return five players who averaged double-digit minutes – including Adam Woodbury who utilizes the eye-poking defense better than anyone else. Purdue on the other hand I expect to slip as the Boilermakers have no guard play and absolutely no one to stretch the floor. Trying to pound it into the paint with a shortened shot clock will not end well for Purdue. Indiana can’t stay out of trouble off the court, while Tom Crean is one of the worst coaches in all of America.

Much like Sam talks about the EPL during the Champions League, people will talk about the Big 12 during the NCAA Tournament. Full disclosure I was in love with Iowa State last season as Monte Morris is the best pure point guard in the country. It was a disaster in March for the conference last season, but there’s no way that can happen two years in a row. The biggest question is can someone besides Kansas win the Big 12 for the first time in 11 years?

The Jayhawks are a prototypical Kansas team. Perry Ellis is in his 15th year of college while they brought in Carlton Bragg and Cheick Diallo as McDonald’s All-Americans to play alongside Ellis in the post. The only question is if Diallo will be cleared academically eligible. There’s plenty of experience in the backcourt with Wayne Selden and Frank Mason III returning to play for Bill Self. Kansas will run its hi-lo offense that Self loves, which should be more fluid this year thanks to better shooting with Brannen Greene and LG Vick on the roster. The Jayhawks have a ton of depth – don’t be surprised to see Self use a nine-man rotation.

The one team that can end Kansas’ conference winning streak? Iowa State. Even with the loss of head coach Fred Hoiberg, the Cyclones are loaded yet again. Morris is still the best pure point guard in the country (hello 5:1 assist to turnover ratio) while he’s surrounded by Georges Niang, Hallice Cooke, Naz Long, Jameel McKay and Deonte Burton. This team will be one of the best offensive teams again in the country, but there should be a bump defensively thanks to having McKay all season. Steve Prohm wins over 78 percent of his games, so there’s no reason to doubt the coaching change in Ames.

The other storyline to watch is Shaka Smart in his first year at Texas. The roster isn’t terrible when you look at it from top to bottom. There’s no doubt he still wants to get his players on the roster, but he has an athletic backcourt, which will allow him to run his ‘Havoc’ defense. They could surprise some teams and finish as high as third in the conference.

Talk about a conference that is not improving basketball wise and we find ourselves talking about the Pac-12. I’ll be honest, the conference sucks. There are two good teams in the league, about 3-4 teams that are average maybe slightly above average and then hot garbage.

Arizona is the king of this conference thanks to Sean Miller’s recruiting effort since he took over the program. He’s one of the best coaches and recruits in the country, mimicking the likes of what Calipari does at Kentucky. Despite losing his point guard (T.J. McConnell), small forward (Stanley Johnson) and two post players (Rondae Hollis-Jefferson and Brandon Ashley), Miller has Arizona ready for another run deep in the NCAA Tournament. This is because Arizona still has Kaleb Tarczewski, who is just a mountain of a man and a helluva rebounder and surrounding him is Allonzo Trier, who might be the best scorer in the freshman class.

Speaking of freshmen, let’s look at what Cuonzo Martin is doing at Cal. After leaving Tennessee for Cal (essentially forced out for the dumb boosters wanting Bruce Pearl), he has a team that is more than capable of making the Final Four. He returns Jabari Bird, Tyrone Wallace and Jordan Matthews to form an experienced and talented backcourt. Joining them? Oh just two five-star recruits in Jaylen Brown and Ivan Rabb, which makes California have one of the 7-10 best starting fives in the country.

The rest of the league is pretty bland. Utah loses its do-it-all man in Delon Wright and Oregon loses Joseph Young. UCLA should be the third best team in the conference, which isn’t saying much. Steve Alford did bring in three four-star recruits to join a lineup that only lost Normal Powell and Kevon Looney.

Yes, the SEC is known as a football conference. Yes, the SEC is also known as Kentucky and then everyone else in basketball. But, this conference is on the rise. Thanks to getting in some bigger-name coaches –even if it’s Rick Barnes – the conference is starting to get better. LSU and Texas A&M both had top-10 recruiting classes including LSU getting Ben Simmons, arguably the best player in the class of 2015. Mississippi State kept Malik Newman in state, considered by some to be the most gifted offensive player in the class. Regardless, this conference is on the up and up.

Kentucky is still going to be Kentucky despite losing seven players to the NBA Draft. That’s what happens when you have John Calipari as your head coach in the perfect marriage in college basketball history. Expect them to go more small-ball with three guards (Tyler Ulis, Isaiah Briscoe and Jamal Murray) and sliding Alex Poythress to the power forward spot. Center Skal Labissiere is projected as the No. 1 draft pick in 2016 due to being 7’0” and range well past the arc. Defensively he’s along the lines of Willie Cauley-Stein in that he can switch on the high ball screen and protect the rim at the same time. It will be shocking if the Wildcats don’t win the SEC again.

Behind them though expect a race between Texas A&M and Vanderbilt for the second spot. Texas A&M returns a dynamic duo in Danuel House and Jalen Jones along with Alex Caruso, who is a senior do-it all point guard. Combining that with four top recruits in Texas and the Aggies are no longer just a Johnny Football school. Vanderbilt has one of the five best inside-out duos in Damian Jones (who is a legit first round pick) and Riley LaChance, who shot 38 percent from deep last year.

Just because you all are my best friends. Here’s a little preview for UMass. I’ll be honest guys, it’s not going to be good for the Minutemen. Losing Derrick Gordon as a transfer to Seton Hall is going to set this program back even with the immediate eligibility of Antwan Space, a transfer from Texas A&M. Luwane Pipkins is the only notable recruit coming in and he’s just a three-star guard, who probably won’t help right away. The A-10 is one of the better midmajor programs and UMass just doesn’t have the talent to compete in the conference right now. Expect them to be on the of the 2-3 worst teams in the A-10.