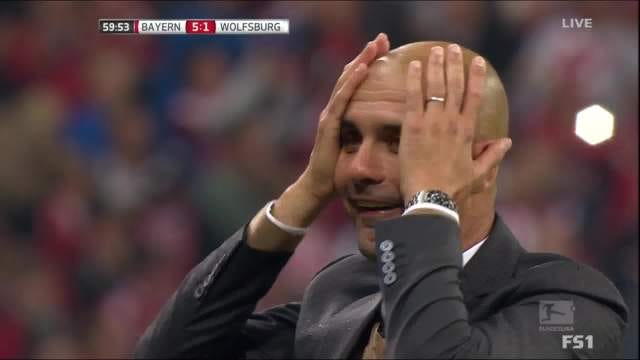 Robert Lewandowski (ever heard of ‘em?) came in for Bayern Munich today at halftime while the team trailed Wolfsburg 1-0. He quickly provided a much needed spark for Bayern and tied the game up at 1 a piece. Then he scored another. And then another. And then another. And then another. 5 goals in under 10 minutes. I don’t care what you say, that is just outrageous. The only other thing I can think of off the top of my head to compare it to would be Reggie’s 8 points in 9 seconds. Dude was like a video game out there. I’m actually pretty pissed that FS1 didn’t throw flames graphics on him after the third or fourth goal like this was NFL Blitz or something.