I feel like whenever we blog a school-related fight video, it’s usually some kid either looking huge or throwing vicious grown man punches and I think “Wow, that is not how they made kids when I was growing up.” But this video? Yeah they’ve made kids like these since the dawn of time. You’ve got these two: 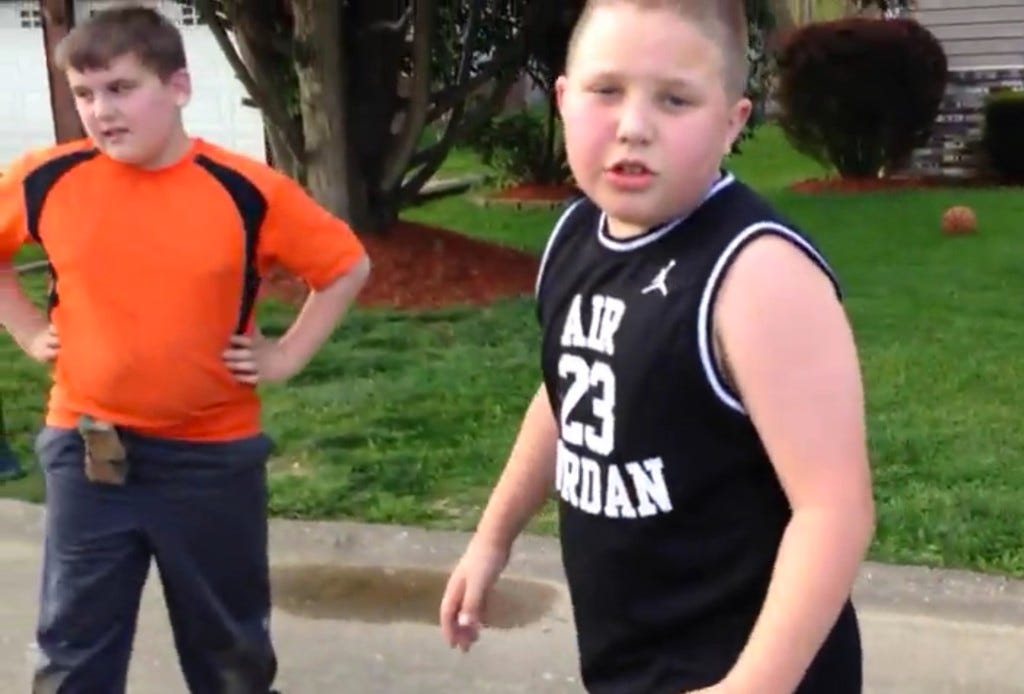 Who seem like they should be tough in a white trash meathead way but really aren’t. In previous generations, you might have seen them in husky Bugle Boy pants instead of a Jordan outfit that clearly is not being used for its intended athletic purpose. But he and his fellow truffle shuffle buddy and their faux tough airs are total classics, kid would-be bullies who don’t have it all figured out yet. Then you’ve got the opponent: 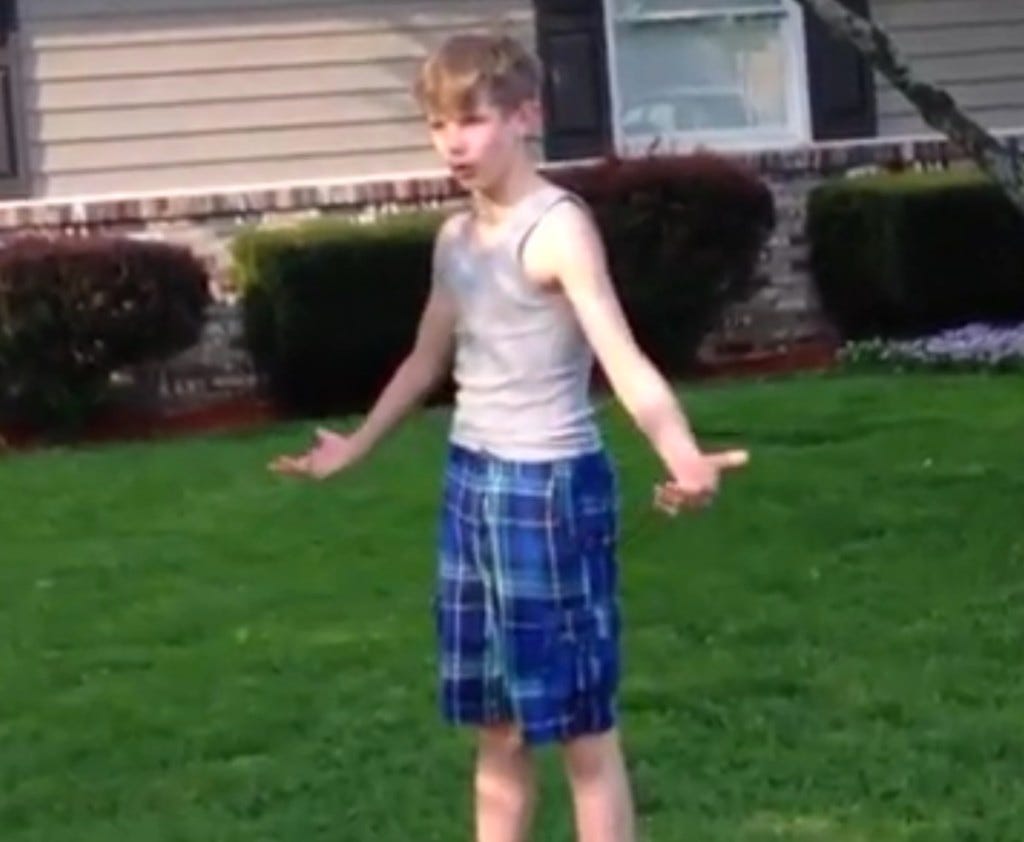 He’s your average “kid who could go either way” in any generation. If he came from a good family, maybe he’s some straight A student who’s shaping up to be the star QB of the football team or a heroic military man with a beautiful high school sweetheart wife in the 1950s. But if he’s in a white trashy situation like he seems to be here, he’s a budding little psychopath from a dysfunctional home with a neglectful mom and slutty older sister and these missteps result in him thinking it’s normal to bust out an uncomfortable number of headbutts in a street fight in middle school. Either way, just a run of the mill kid anyone can relate to.

And then as the fight winds down and the chubby kid replies to a your mom joke with “She’s actually a very nice lady,” it’s the perfect ending. Kids being dumb kids. Also these are some shockingly nice lawns for a crew of kids like this. Makes me think it might be a situation of upper middle class neglectful parents instead of poverty line ones. Something to think about. Either way, enjoyable video all around.