(Source) – A former US Army Ranger from Florida has strapped a GoPro camera to his belt to catch his estranged wife forcibly grabbing his genitals during a contentious custody handover. ‘This is just one of many instances where I’ve had to use the camera to either prove her guilt or prove my innocence and that’s the only reason I am carrying it,’ the solider, identified only as ‘Michael,’ told the station 10News. Michael, a resident of Pinellas County, has been locked in a drawn-out custody battle with his spouse, 37-year-old Corinne Novak, over their 2-year-old twin boys. The couple are also in the process of getting a divorce.

When did a little dick slapping become social abuse? Back in the day that was just how you used to greet people. See your buddy in the middle school hallway? Bam, dick slap. Husband comes home from war? Dick slap. It’s affectionate. And don’t go claiming it’s sexist because it’s not, girls get greeted with tit scoops (sometimes I do too, that one’s mean and abuse. Plz remember). They’re separate greetings, but they’re equal. That’s fine, it’s in the Constitution.

Also, how does this wife not recognize what he was doing? 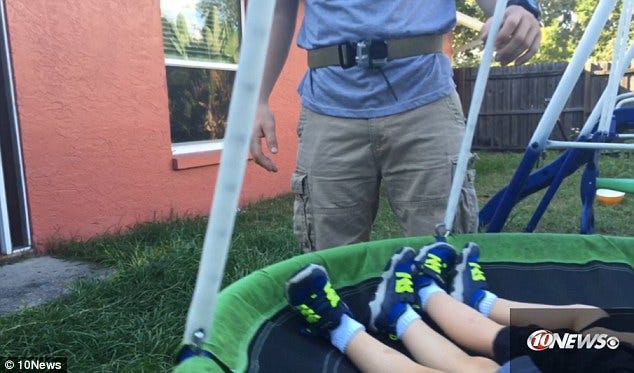 Not exactly a hidden wire. If your common practice is to slap your husband in the dick and he starts walking around with one of these things on him, he’s probably recording you. 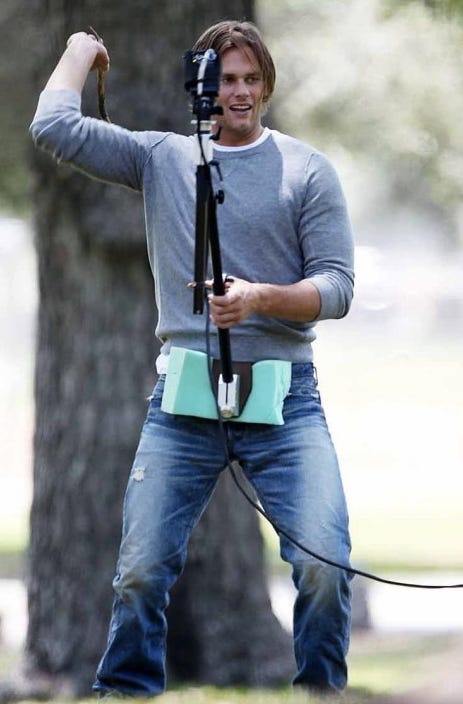