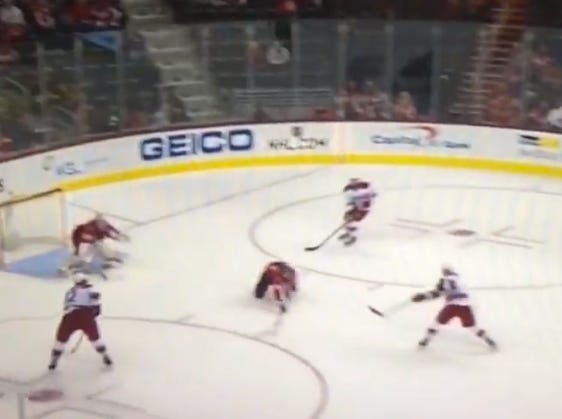 Not only did the Caps win preseason game #1 last night, but we got to see 3 on 3 OT for the first time. In case you missed it, the NHL is moving to 3 on 3 OT this year, as it got pretty boring seeing teams hold the puck on 4 on 4 just to get to the shootout where they think they have an edge instead of giving up an odd man rush and never having a shot at the 2nd point. Here are your 3 on 3 rules: 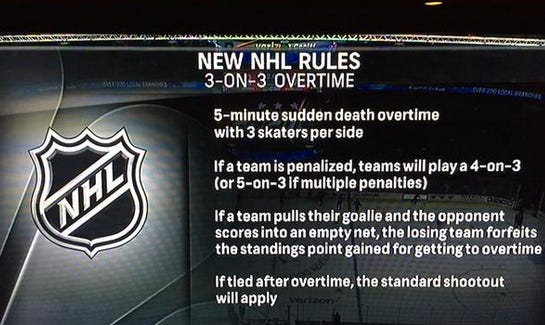 And as we saw last night, the worst thing you can do is fire it 100 MPH wide of the net. If so, you are toast. The puck is at center ice while you’re still following through on your shot.

If you’re against 3 on 3 OT, I understand where you’re coming from, but it beats what became games of “hold the puck” that 4 on 4 was. Teams with 20 ties and just going to the skills competition shootout. 3 on 3 almost demands you move the puck, especially because every team will think they have an edge on their opposition. A lot of OTs might only be a minute long, but they will be exciting.