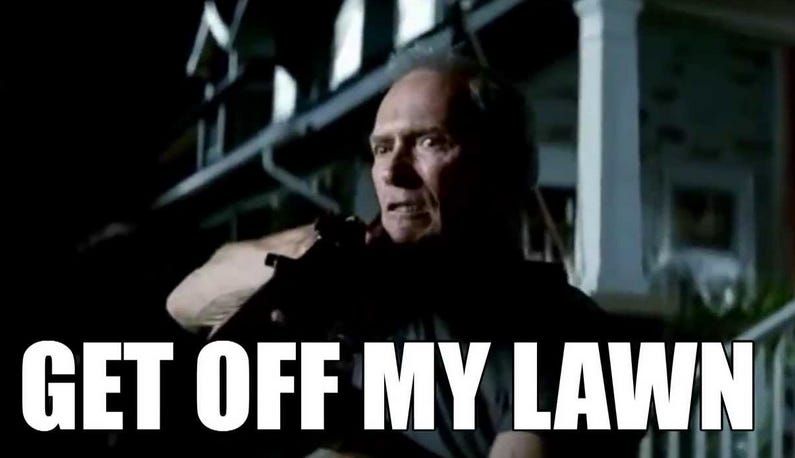 KTLA - A 78-year-old Costco shopper was punched in the face Sunday morning after getting into a dispute with another customer who he believed was taking too many Nutella waffles from a sample cart, police said. Burbank resident Derrick Gharabighi, 24, had snagged several samples when the elderly shopper told him to take just one, Burbank police Officer Cindy Guillen told Times Community News. That’s when Gharabighi reportedly punched the man in the face. The man was hospitalized with a one-inch cut and swelling above his eye, Guillen said. Gharabighi was arrested on suspicion of elder abuse and is due in court this week.

I probably shouldn’t have laughed as hard at this as I did. But gramps has to mind his own business in that situation. No need to play Costco hall monitor. If you think someone can take just one sample of Nutella waffles you’re out of your mind. I understand that the old man respects the game. He used to walk up hill both ways in the snow just to get a free sample from the Piggly Wiggly on the other side of town. But times have changed now. When the kids see a free sample they want, they are going to take maybe 2 or 3 of them. They don’t call them “free” for nothing. I’m not saying the old man was necessarily even in the wrong- his head was in the right place- he wants everyone to be able to enjoy the free samples. But it’s a young kid’s game now. Eat or be eaten. And if you chirp, you risk being socked in the face. Thems the breaks on the Costco streets.

PS: I was at the Harris Teeter last month and they had out free samples of cinnamon rolls. I saw this woman, she weighed approximately the same as Ryan Kerrigan, just go to town on those tiny little samples. She was like a machine, picked up a tiny cup, threw it in her mouth like a shot, grabbed the next. No gas, she probably had 30-40 samples in a 30 second time period. I just stood there in awe. I looked around to see if anyone else was witnessing greatness with me, and this one dude in line at the deli gave me this “holy shit I can’t believe we get to see this, how awesome is this” look. My biggest regret in life is not recording it. I don’t know if I’ll ever see a performance quite like that ever again.