NYT – The drug, called Daraprim, was acquired in August by Turing Pharmaceuticals, a start-up run by a former hedge fund manager [named Martin Shkreli]. Turing immediately raised the price to $750 a tablet from $13.50, bringing the annual cost of treatment for some patients to hundreds of thousands of dollars.

“What is it that they are doing differently that has led to this dramatic increase?” said Dr. Judith Aberg, the chief of the division of infectious diseases at the Icahn School of Medicine at Mount Sinai. She said the price increase could force hospitals to use “alternative therapies that may not have the same efficacy.”

Martin Shkreli, the founder and chief executive of Turing, said that the drug is so rarely used that the impact on the health system would be minuscule and that Turing would use the money it earns to develop better treatments for toxoplasmosis, with fewer side effects.

“This isn’t the greedy drug company trying to gouge patients, it is us trying to stay in business,” Mr. Shkreli said. He said that many patients use the drug for far less than a year and that the price was now more in line with those of other drugs for rare diseases.

The eye catching 5500% increase on the pills is getting this Martin Shkreli buried all over the place. He’s even getting targeted by Hillary Clinton as she continues her campaign to get people to think she cares about anything besides herself getting elected president:

And it’s an easy thing to vilify this guy for his company showing precious little concern for something affecting the weak and infirmed. Overall though, I think it’s one of these really interesting moral conundrums. The company’s not turning a profit, with tens of millions of dollars invested in it there may be people with a financial interest looking for a quick fix to profitability, and boom here’s this thing that people would maybe die or suffer without that jacking up the price on could patch any monetary holes pretty quickly. Without getting too into the weeds on the pharmaceutical industry, is it screwed up? Ethically, yeah. But that’s capitalism for you. Businesses have to be able to make money and, unfortunately, it’s not always a charitable endeavor. You take the bad with the good and hopefully you don’t get AIDS along the way, that’s the plan.

At least there’s one thing we can all agree on after watching Martin Shkreli’s interview: 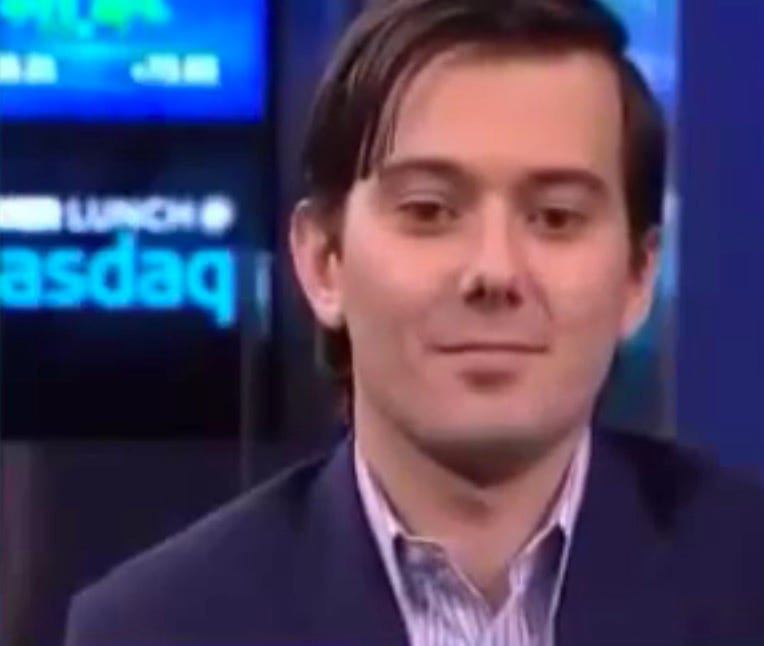 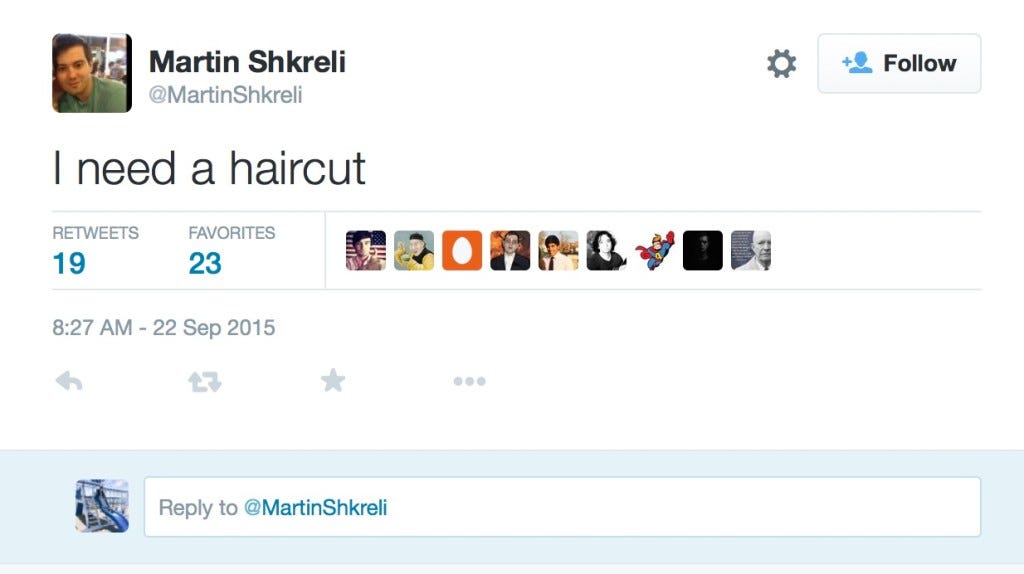 If you’re going to do something ethically dodgy and movie villainish then go on TV to defend yourself with a generally weaselly vibe, you can’t go in with hair like that. Try to be less typecast for me, Martin. You could definitely win over the people on the fence like these folks below with a hairstyle that’s a bit more modern:

You’ll find people are way less inclined to wish for your death if you ask your hair stylist for the “Liam Hemsworth look” instead of the “bad guy who talks like a robot from Grandma’s Boy.”