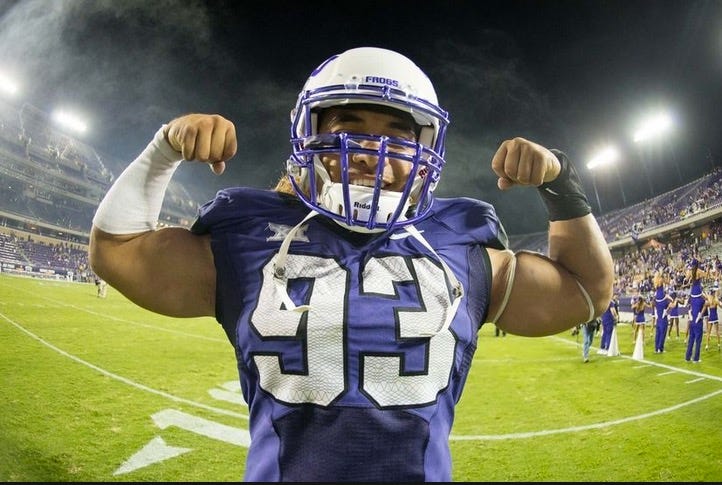 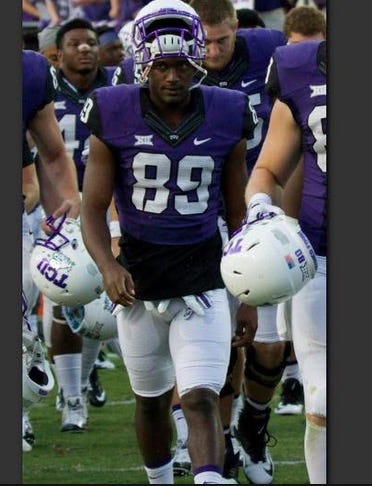 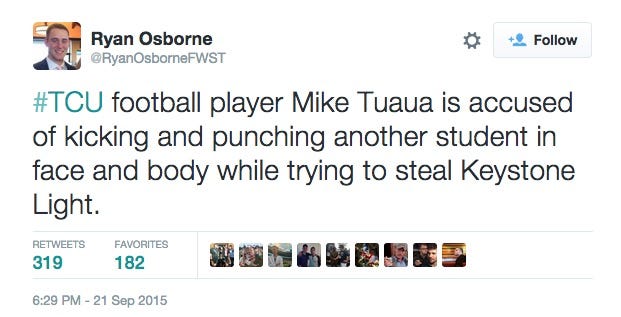 They are accused of kicking and punching another TCU student and stealing a case of Keystone Light beer. The alleged incident occurred Sept. 4.

A TCU spokesman said Tuaua has been suspended from the program.

Tuaua, a senior, had not played in TCU’s past two games. He started five games for the Horned Frogs last year and was expected to play a big role in 2015.

The Horned Frogs already were without five defensive starters due to season-ending injuries. Tackle Davion Pierson, their most experienced defender, has not played this year due to a head injury.

Ahh, another example of the broke, poor unpaid college athlete having to resort to extremes just to survive. See it time and time again. Hear that Mark Emmert? See what it’s come to? Players have to attack their fellow students over 30 racks of Keystone Light (which I’m pretty sure is like 25 cents a can) just to get through a night of partying? 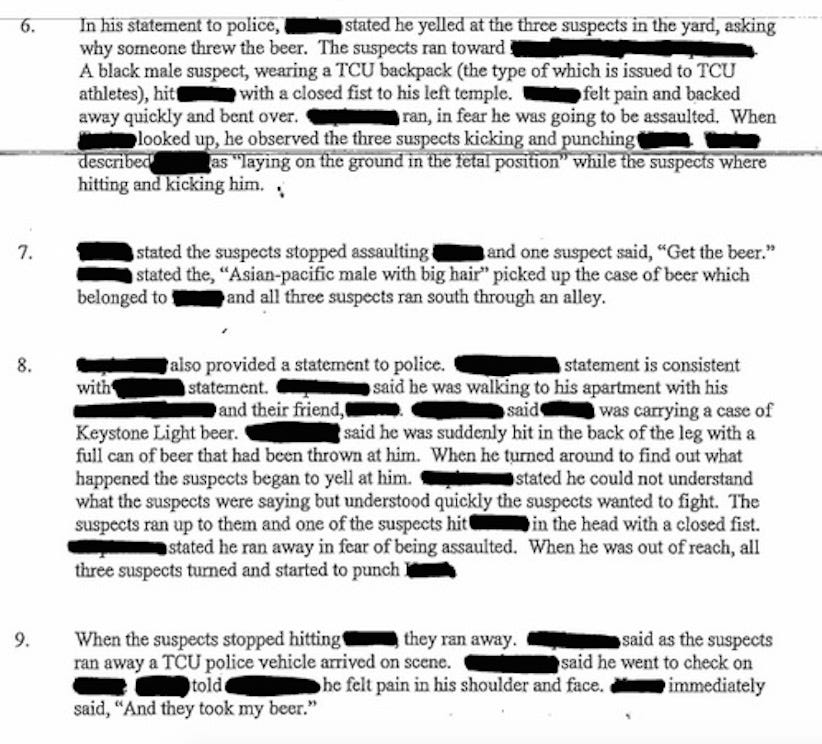 Na just kidding – just a couple of scumbags doing scumbag things. Seen a lot of stupid arrests and a lot of idiots in college sports, but the starting defensive end for the #5 team in the country with legitimate national championship hopes getting himself arrested and suspended from the team for stealing a case of fucking Keystone Light is right up there.

Might shine a little light on why Tuaua mysteriously hasn’t played in the Frogs’ last two games and Gary Patterson hasn’t given a reason or made a statement on it? Something like, the dude is an asshole.