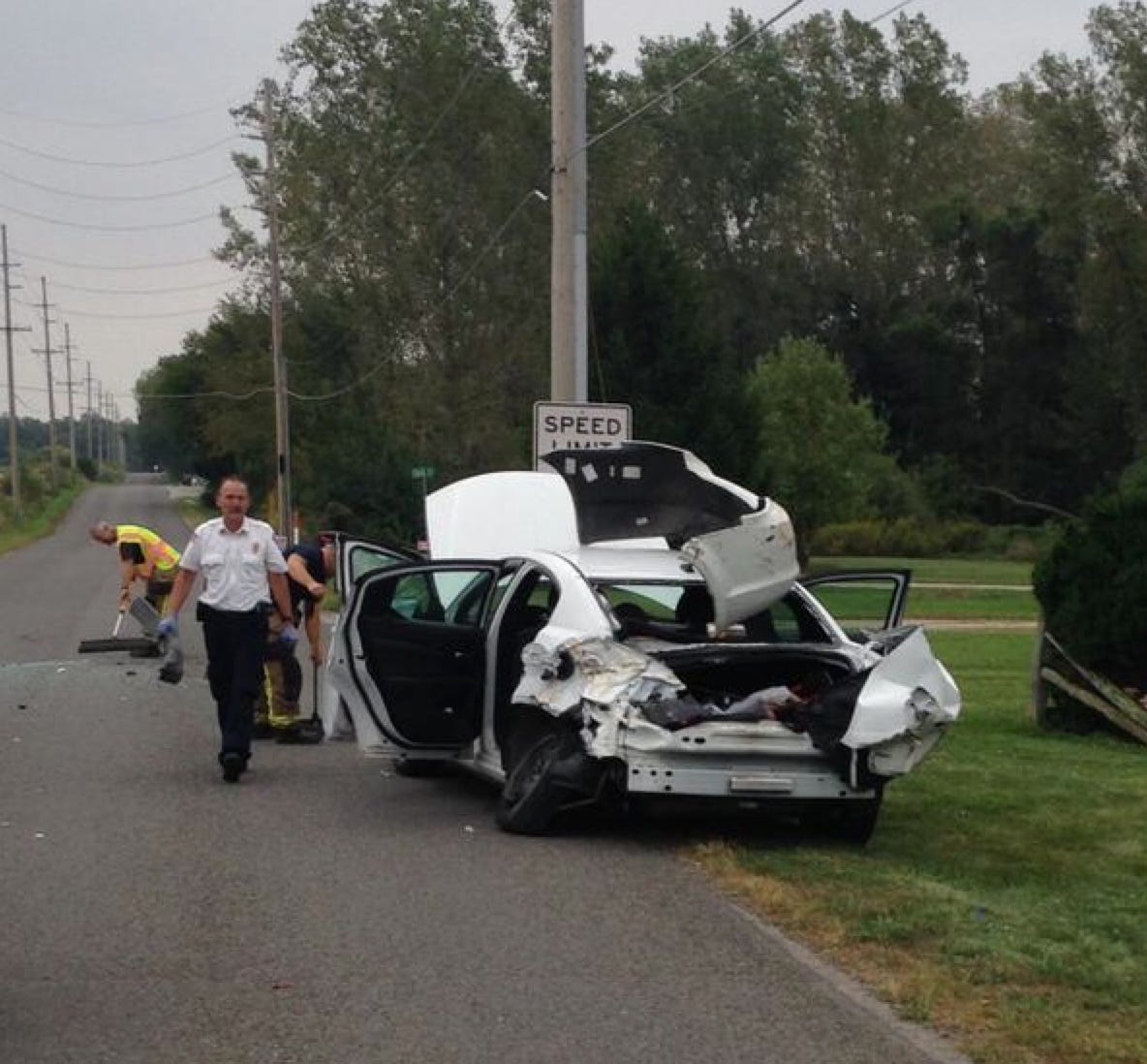 SYRACUSE, Ind. — An Indiana woman jumped from her moving car Friday when she noticed a spider crawling on her shoulder, according to WFTV. Angela Kipp, 35, was backing out of her driveway with her 9-year-old son in the back seat when she saw the spider, and panicked. She jumped from the car and her son moved to the front seat to try to stop the car. The boy accidentally hit the gas pedal instead of the brake and drove the car into a school bus. Police told WFTV that the boy was taken to the hospital with minor injuries. No passengers were on board the bus at the time of the wreck. The investigation is ongoing.

That is acceptable behavior.  I’m not sure what the article means when it says, “The investigation is ongoing.”  Seems fairly cut and dry. Lady was driving, lady saw a spider on her shoulder, lady tucked and rolled in order to avoid said spider. Pretty simple stuff.  No charges should be filed against this lady.  Not child endangerment, not endangering others, nothing.  Any action done while trying to avoid a spider is a necessary action.  Remember the person a while back who burned down their entire house trying to kill a spider?  That was totally fine and so was this.  I couldn’t care less that she pretty much put her son on an unmanned rocket with wheels when she bailed outta the car.  So be it.  The kid is fine.  He’s still breathing.  Even if he wasn’t fine, whatever.  Even if the kid died when the car plowed into that school bus I’d still be singing the same tune.  The angel-winged kid would understand too.  The fact remains the same: You do anything and everything necessary to avoid a spider.  No need to waste police man hours on a case that’s already closed. Everybody move along.