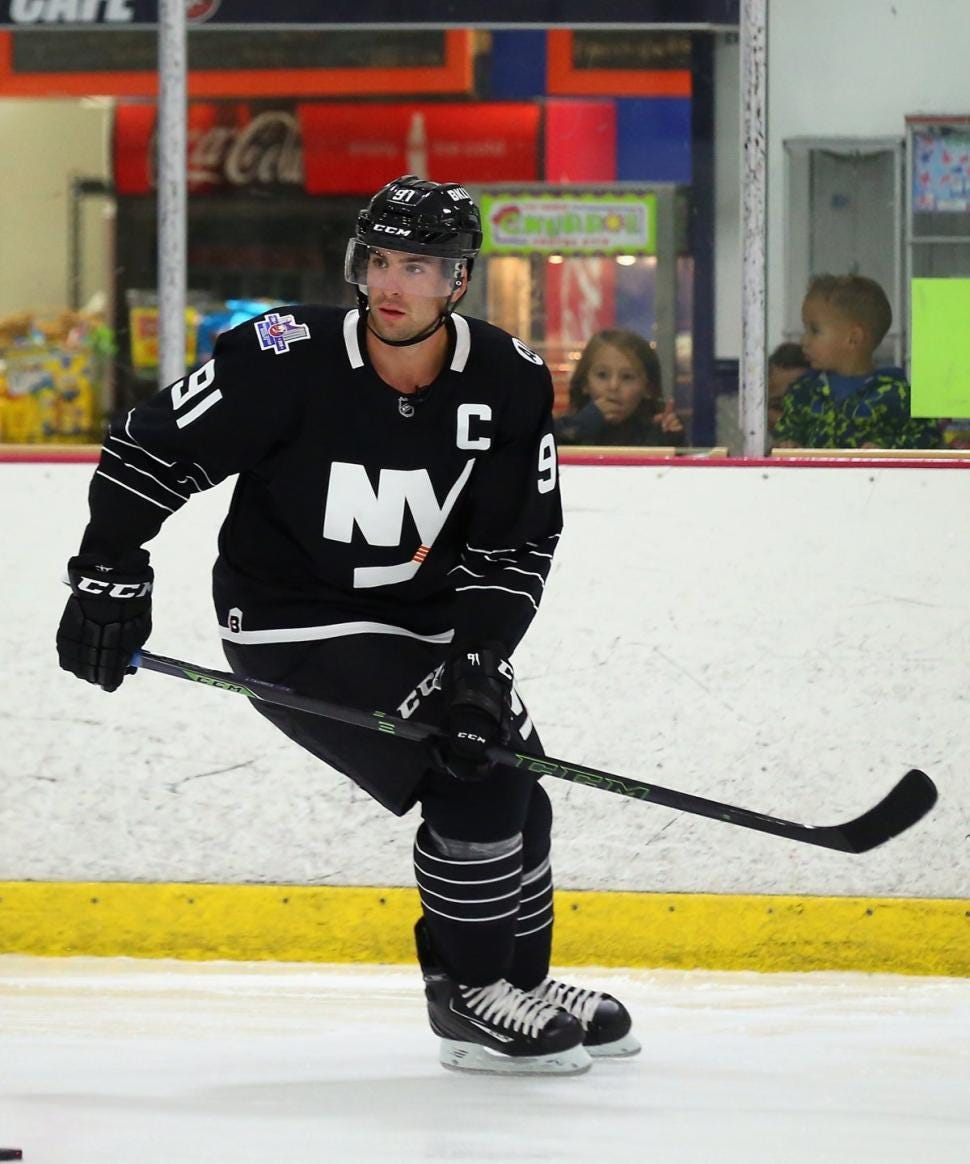 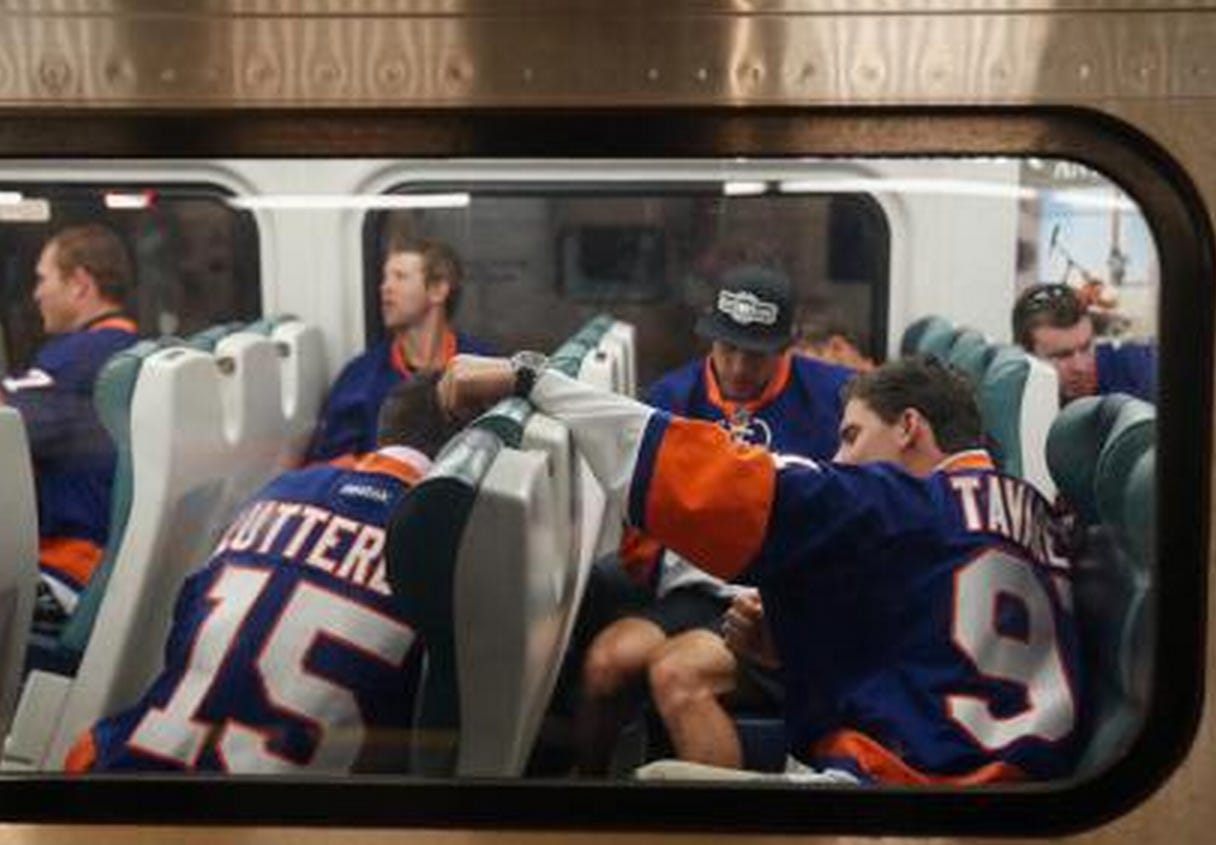 NYDN – This plan may not last very long, but many Islanders are starting out as railroad commuters to Brooklyn on game days “like all Long Islanders,” according to captain John Tavares. Ahead of their first preseason game at Barclays Center on Monday night against Philadelphia, Tavares and several teammates boarded crowded, early-morning LIRR trains from Nassau County to Atlantic Terminal in order to arrive at their 10:30 a.m. morning skate. “I think pretty much everybody took the train today,” Tavares said. “I heard the coaches drove this morning, and it took a couple of hours, so yeah, I think the train is basically the best option for us. “We’re on with everybody, with all the commuters. It was, I think, two lefts and a right to get to the Coliseum for me, so it’s a lot different now. It’s just the change, and I think we’ll get used to it, like anything. … But I think it’s an experience we’ll all enjoy and certainly definitely feel like all Long Islanders now, for sure.”  Forward Anders Lee said his train already was so crowded when he and some teammates boarded that Cal Clutterbuck had to stand the entire trip. The team also will make day-rooms available at a nearby hotel for naps and meals following morning skates, which makes it sound more like a road-game routine for all 82 games. “At first it might seem that way, but once we get the routine down, and once we get to the rink, this is clearly going to be our home,” Lee said. “For most guys, it was a pretty short commute to the Coliseum, so now to hop on the train is going to be a little different. We got recognized a few times and it’s obviously always great to see the fans, but obviously there’s a point, too, where we’re trying to prepare for a game. But at the end of the day, we’re all just regular guys, too, and the boys are having fun with it.”

I give this idea, oh, I dunno, about 45 seconds before it crashes and burns. Unless the Isles are just gonna roll commuters and Asians and bags of luggage crammed ass to dick heading to and from every game, they’re probably gonna have to figure something else out. Cant really drive either, since Long Island is the 7th Circle of Hell when it comes to traffic. They probably should have thought this one through before moving there. Only logical move now is to have the entire team live inside the Barclays Center. Pick up your families and all your crap and move into the arena. The luxury boxes will be everyone’s individual apartments. Everyone lives in there like its some sort of giant tree house. Like the Swiss Family Robinson. Dont have to worry about any traffic driving to the arena. Dont have to worry about trains delayed for like 2 hours. You dont even have to watch the gap! You can just roll out of bed and right down to the ice. Boom problem solved.