Are you sitting down? Because I’m about to compliment Aaron Rodgers. That was an A+ troll by him last night after the Packers beat the Seahawks. If you don’t remember the exact context on this joke because Russell Wilson has said some really weird and crazy shit the past 8 months, after the NFC Championship game Russ explained that God basically made him throw interceptions and play poorly so that he could bring him all the way back and win the game. God basically pulled the Buffalo Wild Wing lever to make the game dramatic because he was just chilling on the couch on a January Sunday looking for something cool to watch.

“That’s God setting it up, to make it so dramatic, so rewarding, so special,” he said, alone for a moment in the locker room before heading out for the night. “I’ve been through a lot in life, and had some ups and downs. It’s what’s led me to this day.”

Not Bostick dropping an onside kick, not Mike McCarthy coaching like an idiot, and certainly not a simple coin toss giving the Seahawks the ball. Nope, it was all God in that game back in January, just like it was all God last night. Switched sides on Russell Wilson, made the Seahawks start 0-2, can’t believe God is sometimes also a Packer fan. Crazy stuff, hope Russ has some Nano Bubbles this morning, tough breaks everywhere.

Now to bring us back to reality. Nice wrinkled t-shirt under your button down, nerd. 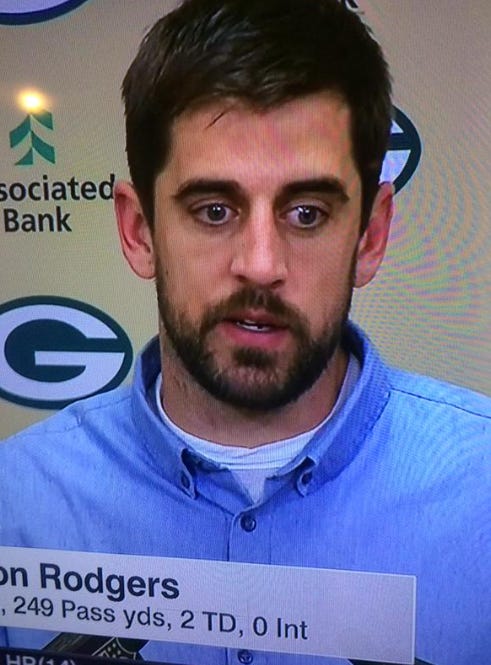