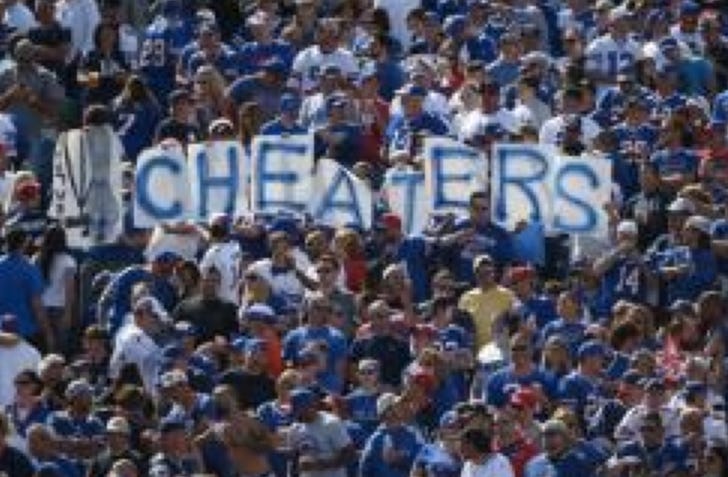 (PFT) – In the aftermath of the odyssey known as #DeflateGate and the short-lived phenomenon known as #HeadsetGate, two things were clear: (1) anyone who loses in Gillette Stadium can try to blame it not on their own failure to perform but on cheating; and (2) anyone who hosts the Patriots can take liberties with the rules and there’s nothing the Patriots can say about it.In the memo sent last month reminding all teams of the NFL’s in-stadium noise policies, the league said this: “The home team is permitted to play audio while the visiting team is on offense and the play clock is running. The audio must cease by the time the play clock reaches 20 seconds, or when the visiting team’s offense reaches the line of scrimmage, whichever occurs first. Pursuant to this policy, the visiting team’s offense is considered being at the line of scrimmage when the center touches the ball.” The Patriots used the no-huddle offense on multiple occasions, and on multiple occasions when the Patriots used the no-huddle offense the Bills were blaring the train horn.

I imagine that Goodell is firing up a multi-million dollar investigation as we speak? I’m sure we’re looking at a large fine, loss of draft picks, and most likely a suspension? Because a sound guy would not go rogue and just blare the horn whenever he wants. No, no, no. This is something that comes from the top and is proof of a system of cheating. Guess what? That’s the kind of thing that just cannot happen in today’s NFL. It destroys the integrity of the game. Sure, there appears to have been no competitive advantage as the Patriots hung 40 on this “all time” defense while they cheated their balls off, but that doesn’t matter. Rules are rules. I tip my cap to the Patriots for not whining about it postgame but someone has to speak up and call for this investigation. Squeaky wheel gets the grease, just ask the Colts, Ravens and Steelers. But the Pats, like idiots, just go wreck shop and don’t bitch to the media or file official complaints with the NFL.