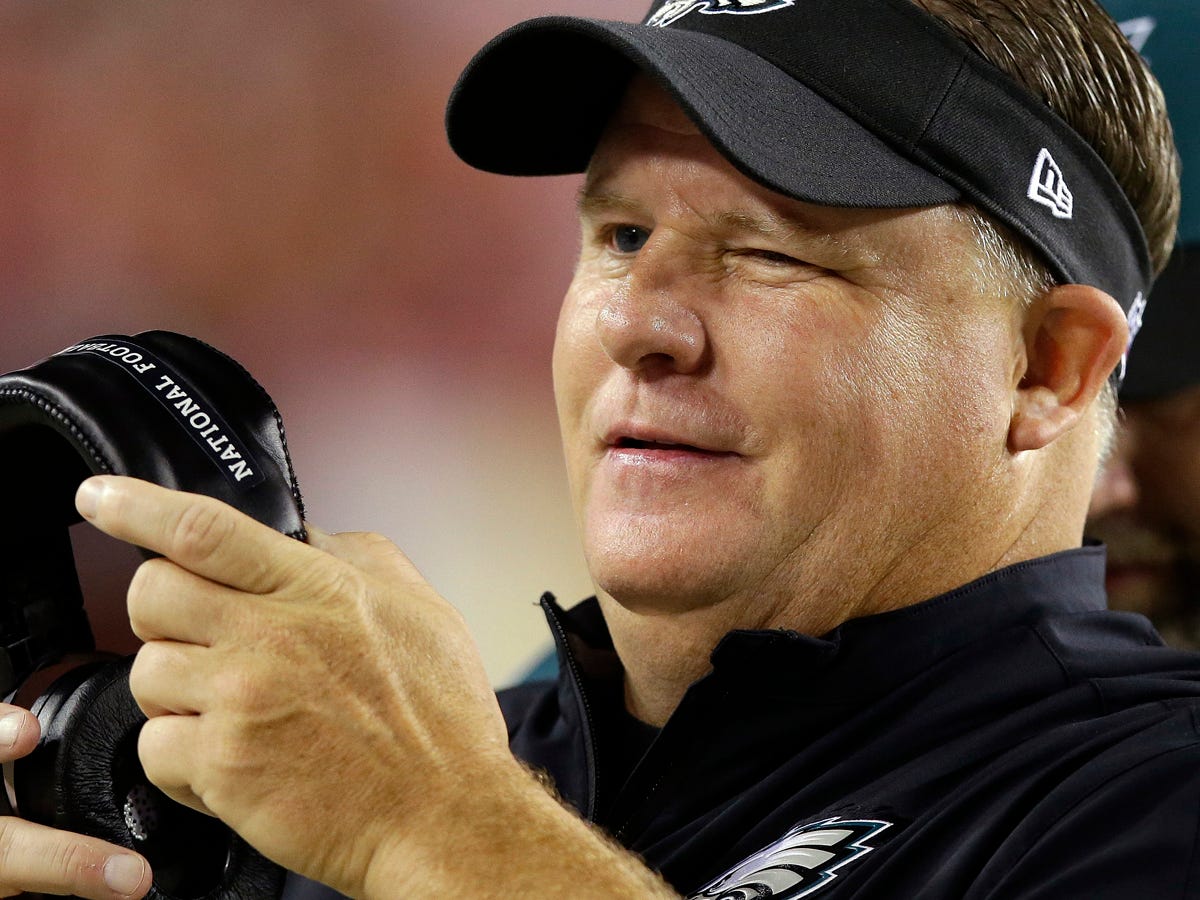 We’ll get into the nitty gritty of last night’s abortion later, but that game officially put Chip Kelly on the clock. It’s not that the Eagles are 0-2, it’s how. Two easily winnable games that were pissed away because of many reasons, but it all comes down to one thing and one thing only: Chip Kelly. The man got his keys to the kingdom. There’s nobody else to blame or reward when it comes to the Philadelphia Eagles. It’s Chip’s motherfucking ship, and unfortunately it’s starting to look like the Titanic. This offense is offensive. 3 points in the first half in two games is UNACCEPTABLE. It’s preparation. That’s all it is. Preparation. And Chip Kelly simply has not put his team in position to win either game from the jump. The fact the Eagles have come out struggling to breathe is a direct reflection of the head coach. Also, it would be nice to have Evan Mathis out there. This O-line couldn’t pop a bubble right now. I suppose that’s what happens when you let an all-pro guard walk last minute and replace him with two guys who have been career backups. Culture isn’t beating scheme, Chip.

And you know what? When it’s all said and done I still have faith Chip can turn this puppy around. Maybe I’m nuts, I don’t know. But not since the Nazi’s and Hitler has someone brainwashed this many people. I’m dick deep in Chip’s Reich and there’s no way out.

The silver lining to everything – the Jets, Redskins, Giants, and Saints are on deck. 4 games that better be winnable if you want to be somebody. Just whatever happens, it better happen soon. I don’t think Pops can take much more of this.