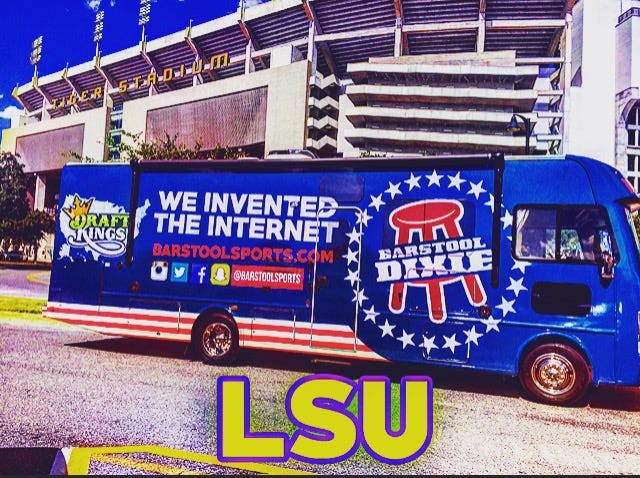 As dissappointing as Tennessee was last week, LSU this week could not have been any different. It was as today’s youth say, lit. How lit exactly? Gunshots getting fired 15 feet from where the RV was parked lit.

I was inside the bar when this happened so I didn’t get to see the chaos right after the shots went off, but from what I heard from everyone who was outside, it was nuts. Now back to the recap.

We spent Monday in Tennessee trying to get our generator fixed (to no avail) then drove 10 hours on Tuesday night to Jackson, Mississippi (whoop) to stop at another RV world. We waited inside for 5 hours while they worked on it only to tell us it was still broken and there was nothing they could do to fix it. Basically unless we are parked and plugged in to an external power source, The Dixie Bus gets no AC or no internet until we get it replaced.

Luckily for us, a bar called Fred’s reached out to us early in the week and said that we could park there and plug in for the weekend. When we showed up on Wednesday the owner of Fred’s—who I would describe as the southern version of Bodi from Point Break—told us he had no idea who we were, what we were doing, and that he had no idea who it was who said we could park at his bar for the weekend. Despite all this Mark (bar owner) took us to his house, made us a steak dinner, let us shower and let us park the bus literally 2 feet from the entrance of his bar in Tigerland for the entire weekend. Meanwhile, his wife did all our laundry and brought it back to us folded and on hangers. Just an example of the fantastic southern hospitality shown from LSU people this whole weekend. 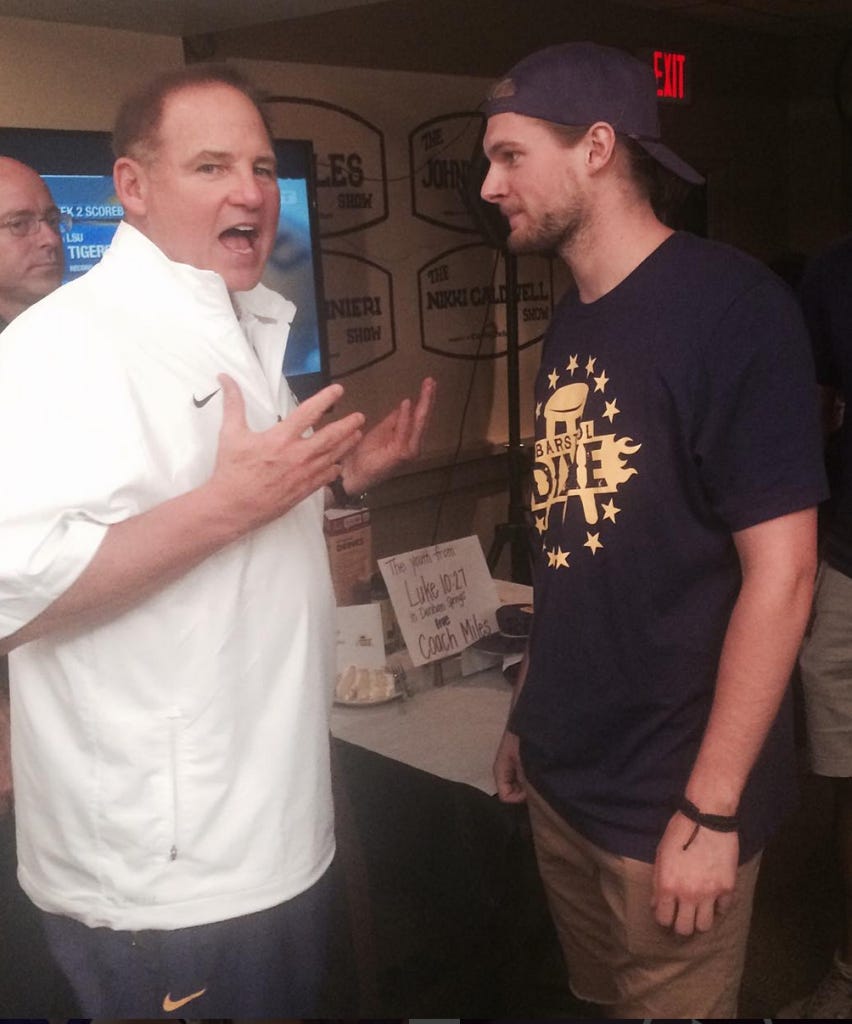 Thursday morning was spent dealing with all the media coverage that was coming in from “The Likeness Line” . First, The Charlotte Observer published an article about it, and then the pope of all things anti NCAA, Jay Bilas, tweeted out his support 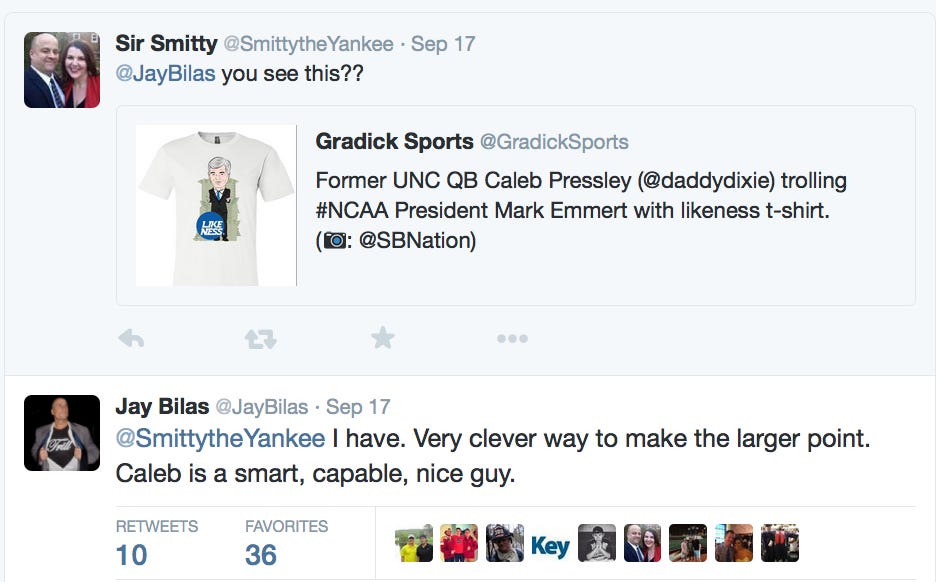 ESPNU talked about it

and Caleb went on NPR to talk about the whole situation

*BUY A SHIRT* From Thursday night until the guns shots early Sunday morning, Baton Rouge was just one giant party/shitshow.  My favorite part about being down south so far is that literally no one cares about basically anything you do because its “game day” especially in Louisiana. There are no open container laws, bars allow people 19+ entry basically because they know everyone drinks they just don’t want that dumb freshman who can’t handle their liquor doing stupid shit. Coming from up north where every big house party gets broken up by the SWAT team with tear gas it is a beautiful site to see.

Everyone tailgates at the bars in Tigerland or at the Parade Grounds, which is located behind the stadium and is just a giant field where frats set up their separate tailgates and everyone goes crazy. 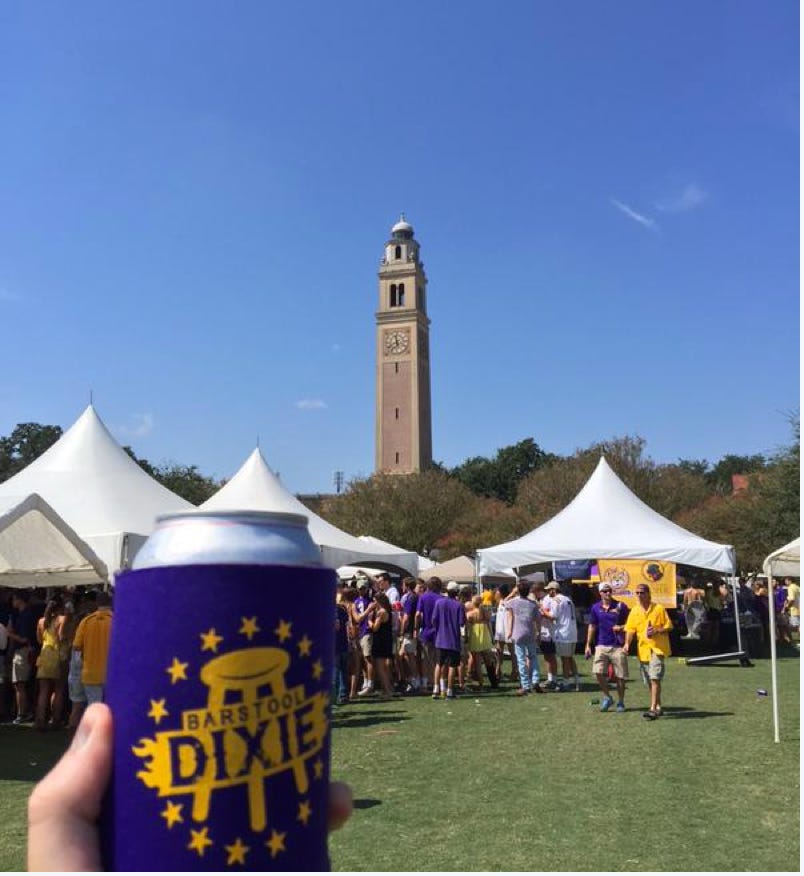 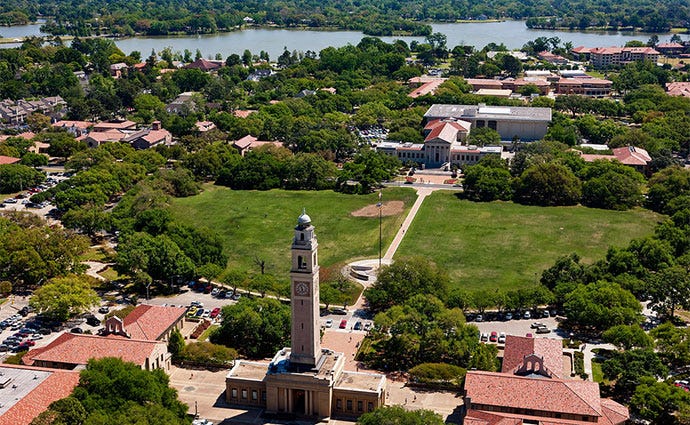 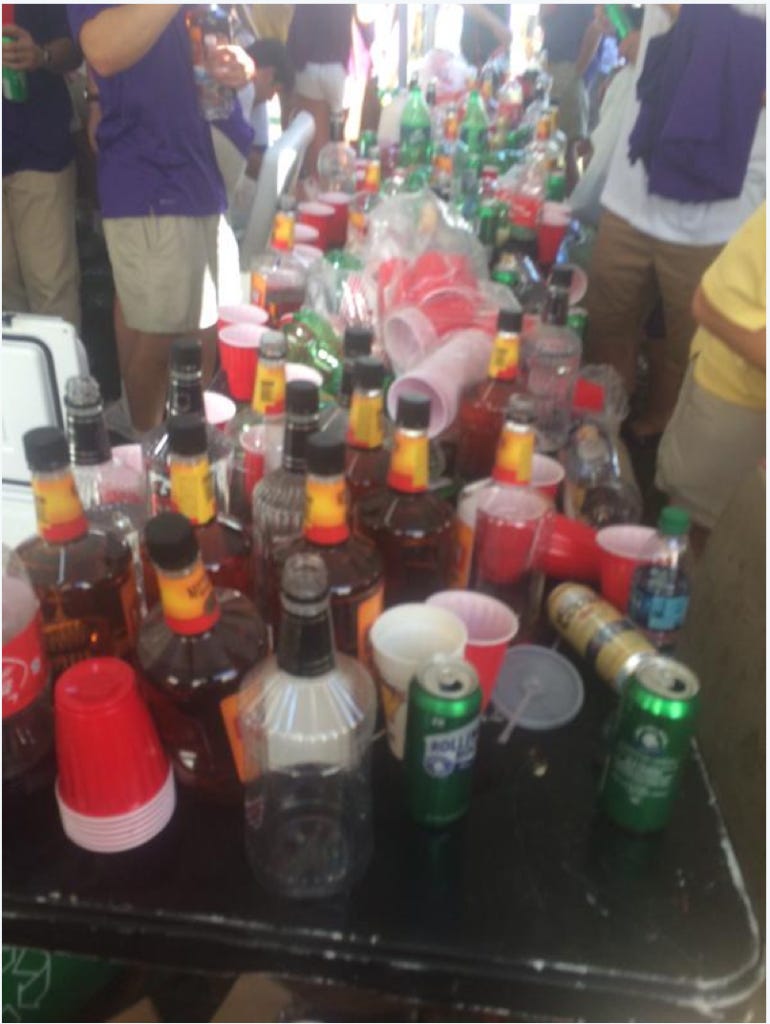 and smokes are everywhere. 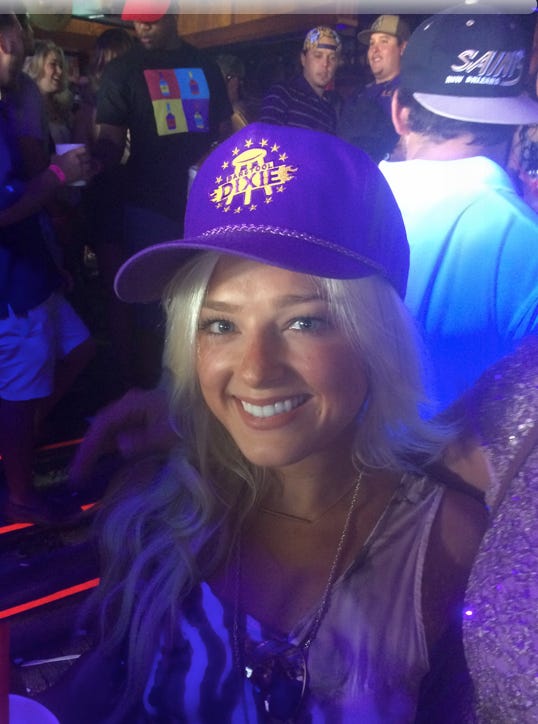 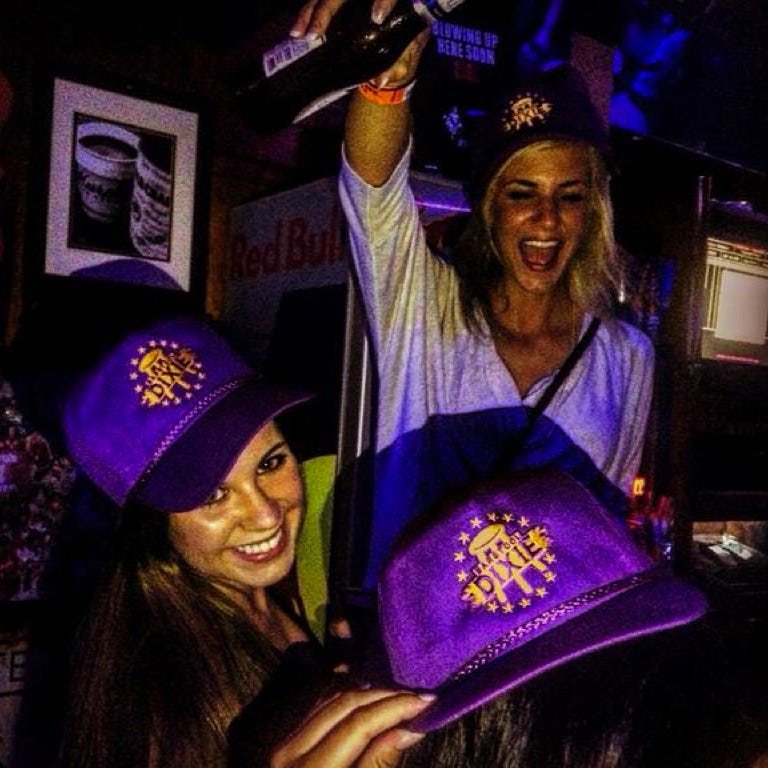 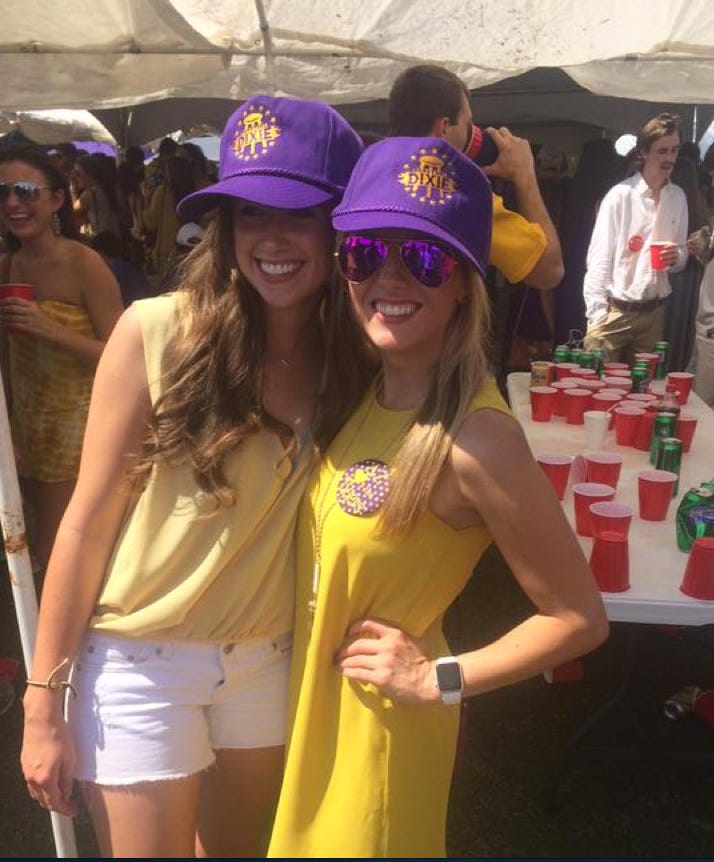 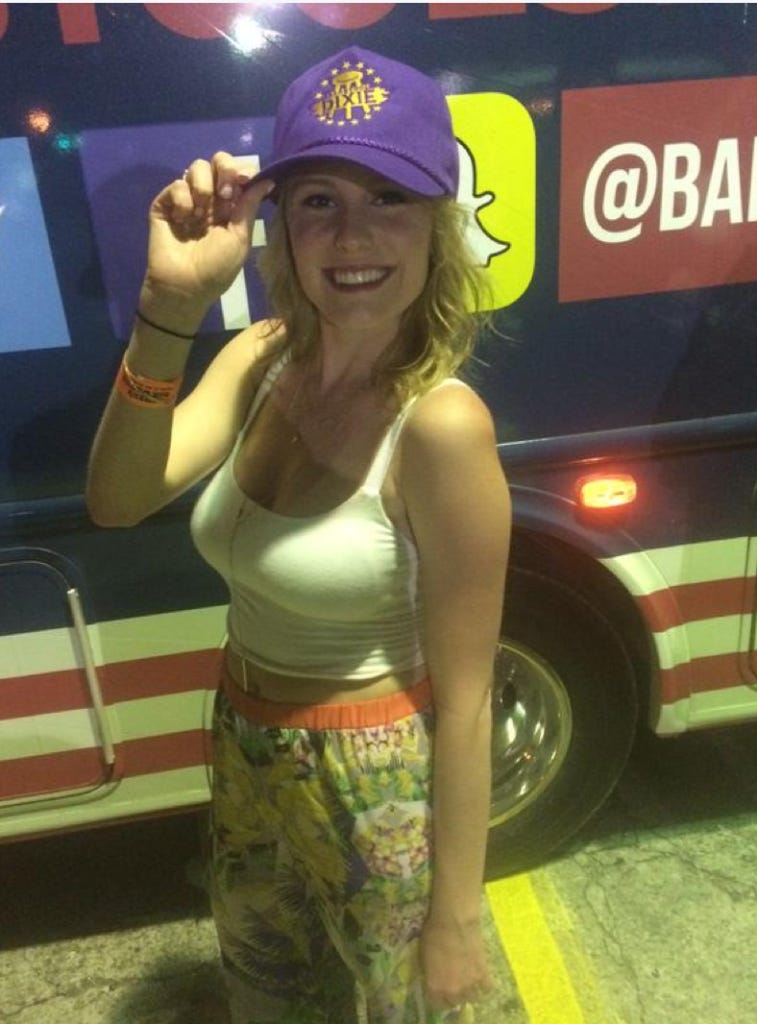 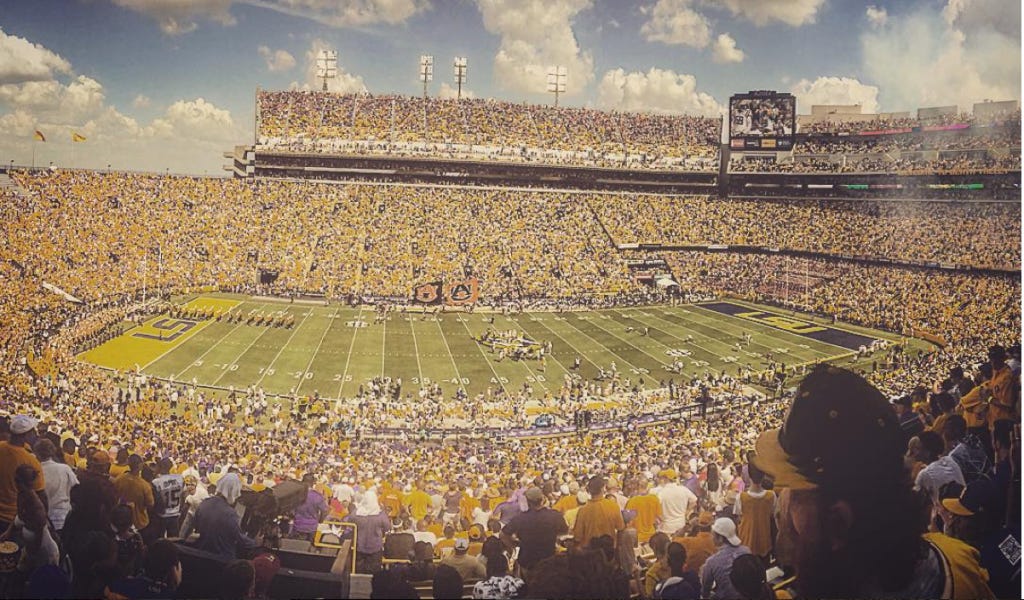 Tiger stadium was nice, although Tennessee definitely had a better and more wild in game atmosphere. From what everyone said though, if it was a night game I would be singing a different tune. Plus the game itself wasn’t much of a game thanks to Leonard Fournette beasting on the entire Auburn defense. 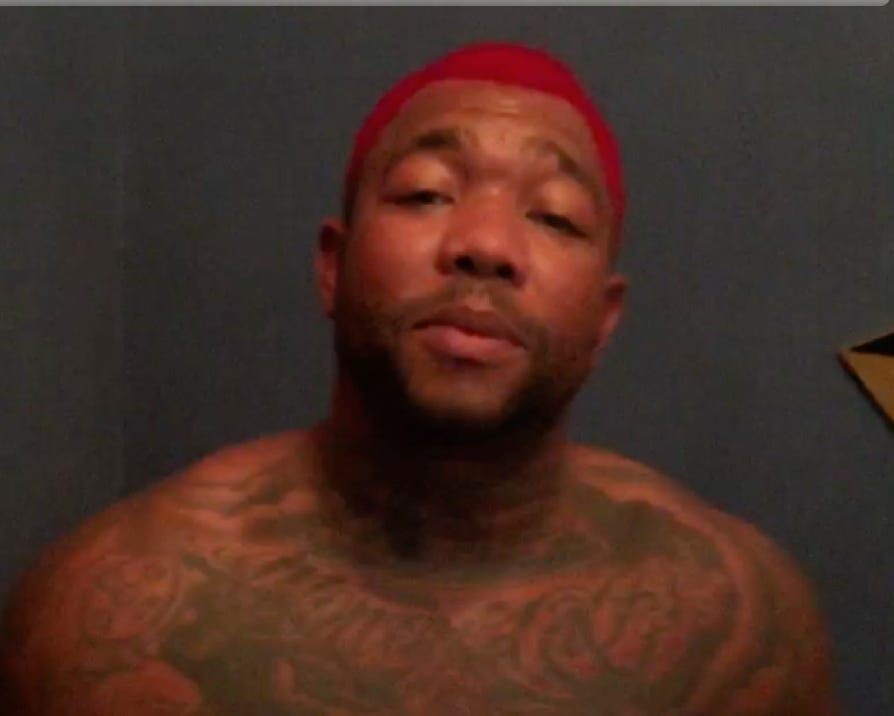 And then guns got shot off and just like that the weekend was over.

We will get more in depth about this weekend on the podcast and will have all the crazy footage from the weekend in this weeks episode of Dixie Days so stay tuned for that.

This week we are in Gainesville, Florida—so if you know any spots we need to hit up, or know any good place where I can wrestle an alligator, email us at dixie@barstoolsports.com or tweet us. 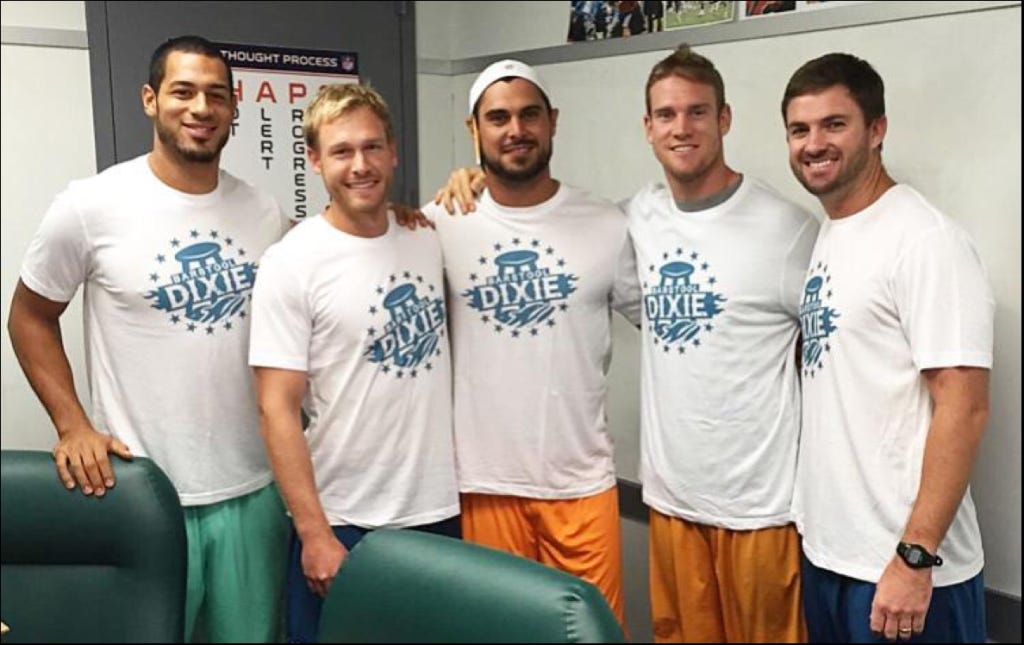