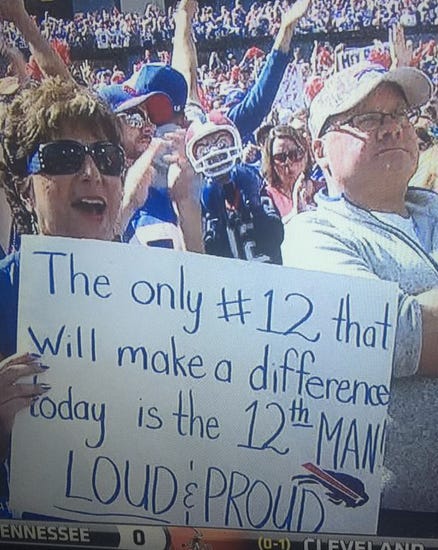 Poor, poor Buffalo. Once again they spent a week getting excited and cocky about a game they never had a chance to win. The whole team yapped, the fans chanted they want Brady, the Bills claimed it was their year, the Guiness Book of World Records showed up to try and record some record, it was a perfect storm for Buffalo. It was truly their Super Bowl.

They got exactly what they wanted. They got Tom Brady, all 466 pass yards and 3 touchdowns of him.

It wasn’t pretty. It shouldn’t have even been remotely as close as it was. But the Patriots made plays when they had to, because they’re the Patriots and the Bills didn’t, because they’re the Bills. The Pats even let them score some garbage time TDs just so the fans could get their hopes up before Belichick ripped their hearts out again. Everyone with a brain had long since stopped worrying about the outcome of that game, but it was cute to see Buffalo fans worked up.

Fact of the matter is that this game was never in question, at any point all week, and you were a fool if you thought otherwise. Rex did his thing where he gets shitty teams feeling confident, the Patriots did their thing where they destroy people. That’s what was always going to happen.