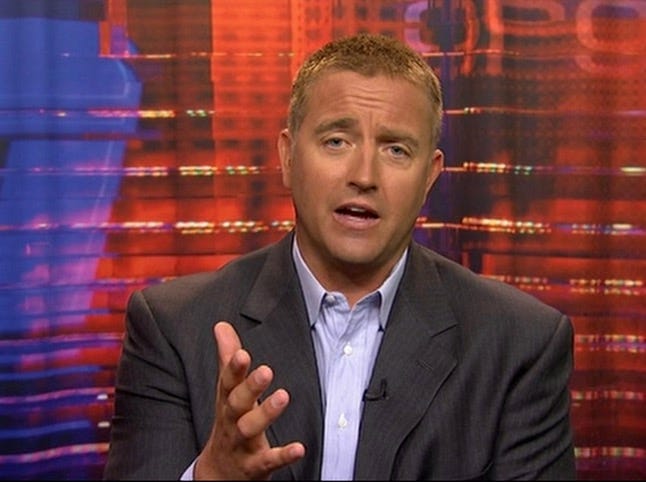 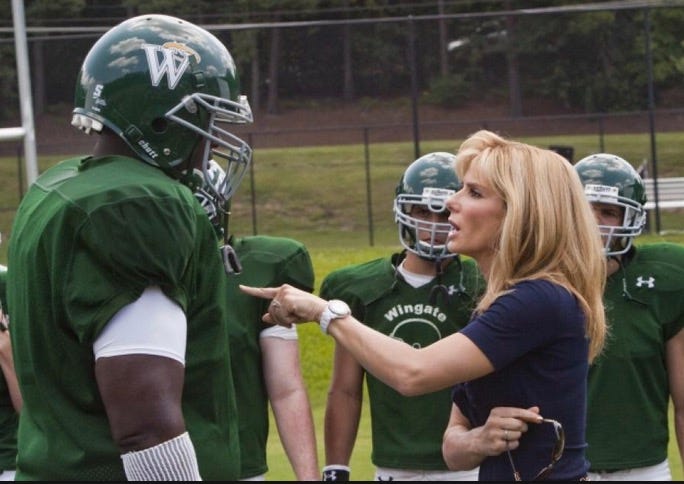 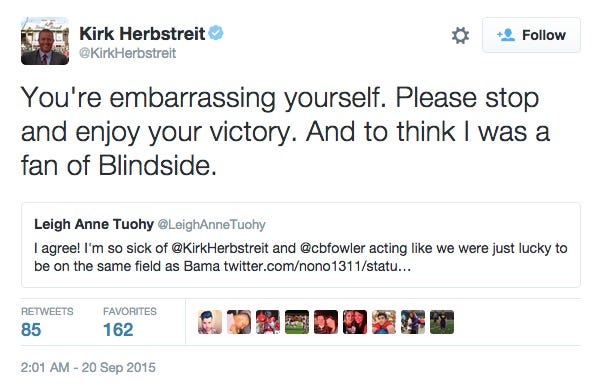 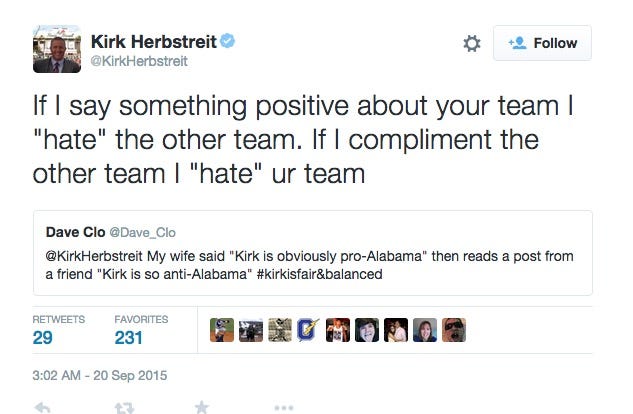 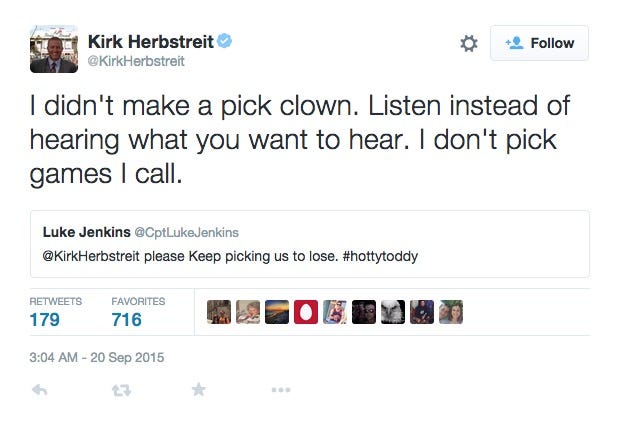 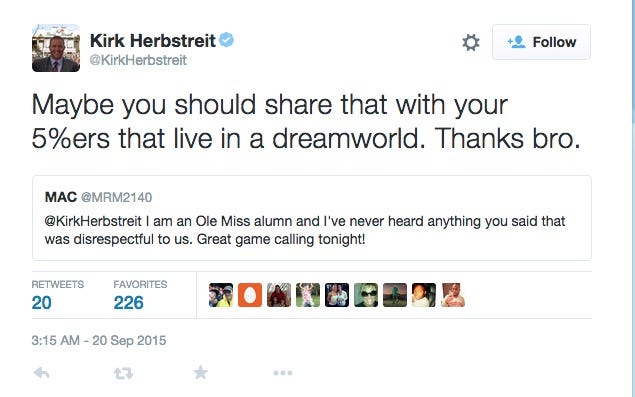 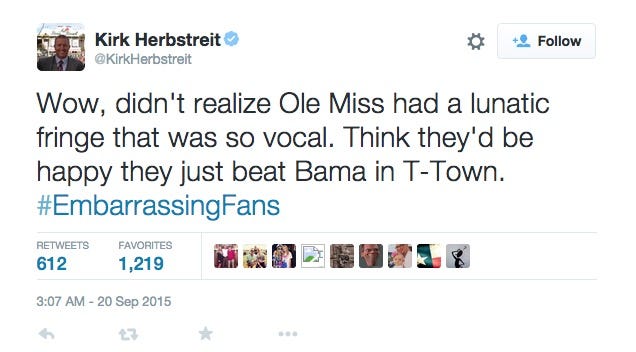 Ooooooo kill em Kirk! I love when Kirk gets in Twitter spats like this – it happens like very frequently, and it’s always weird because it seems so out of character. He’s this incredibly reasonable guy, relatively soft spoken, who I’ve been watching for years and years and I honestly can’t remember him saying a single thing that could be taken as even slightly offensive. Yet there he is, out here on Twitter slapping fools around going off on entire fan bases. Love it. Big Kirk fan. Could have done without the apology though. 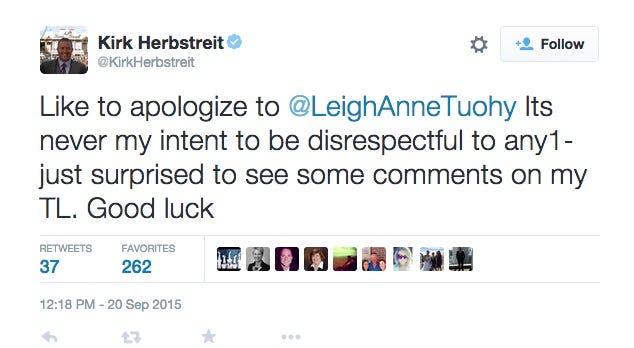 What’s that about? Stick by your guns for me one time my man. She started it. Double down and tell her to get off Twitter and go kidnap another kid off the street or something, that’s what I would do.