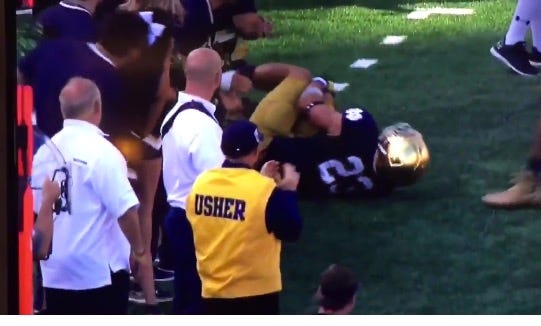 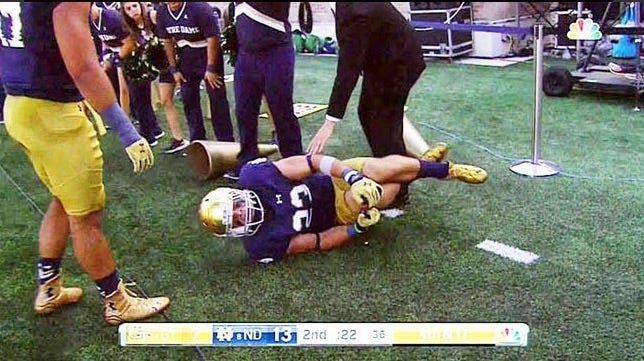 Tranquill, who tore the ACL in his left knee in November, appeared to hurt his right knee while chest-bumping with teammate Joe Schmidt after a crucial third-down pass breakup in the end zone late in the second quarter.

The Fighting Irish athletic training staff rushed to aid Tranquill, who appeared to be fighting back tears as he was helped off the field.

As much as you want to point your finger and laugh at a guy who hurts himself celebrating…not that funny when it’s a kid who just made a big play for his team in a huge game, and that kid is just coming off a torn ACL last season, and now he’s lying on the ground holding the other knee while he screams in agony. Gotta feel for the guy no matter how it happened. 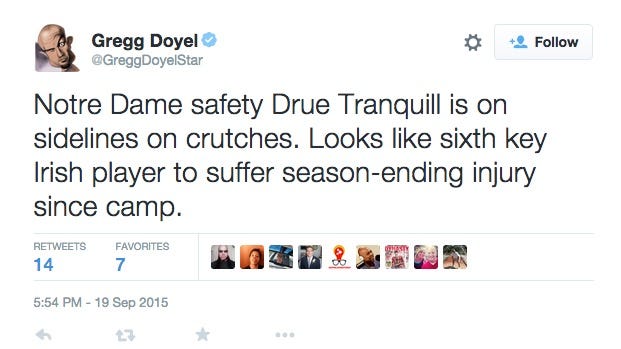