I don’t know why it just never fully registered in my mind that the Chad Kelly lighting it up at Ole Miss was the same one who dropped the dopest rap track from a college QB of all time at Clemson. But that just makes me think Ole Miss is going to pull off the upset even harder.

WATCH HOW I TOUCH DOWNNNNNNNN 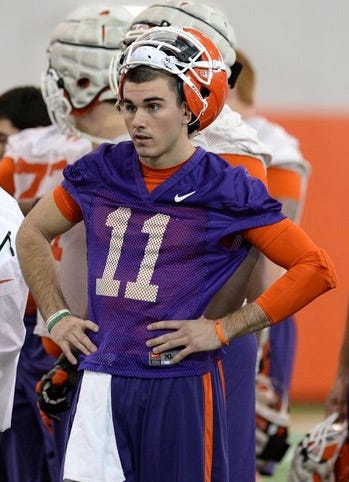 “Chad Kelly on the field, yeah, you know it’s swag/Touchdown every time that he throw a pass/He might just take off like he Michael Vick/Shake you for the touchdown, yeah, you know he sick.”

“New York state Player of the Year boi/Ain’t a team that a Chad Kelly fear boi/2012, Clemson, it’s the year boi/It’s the eye of the tiger up in here boi.”