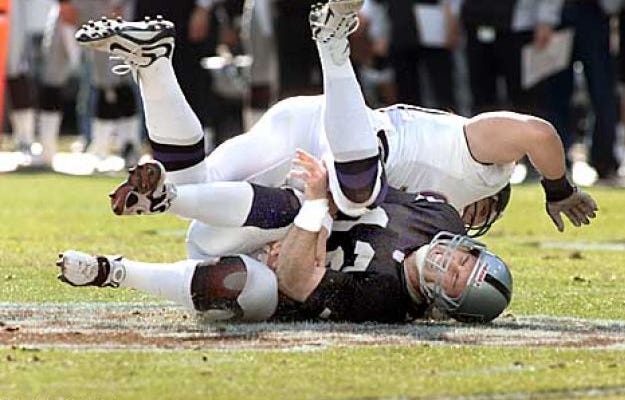 (Remember when hitting the QB was actually allowed?)

Alright. It’s week 2 and the Ravens are 0-1. That’s all that matters. That disgusting football game that happened in Denver is a thing of the distant past, and ideally we’ll never speak of it again. Plus seeing the Chiefs giving up 24 defensive points to Sir Ramen eases the pain a little.

So that brings us the Raiders. A team I thought was going to surprise some people this year, but promptly got steamrolled by Cincinnati at home to open their season. Their young QB Derek Carr was banged up in the loss, but all signs point to him be able to go on Sunday. Long story short, I don’t expect it to matter who is under center for the Raiders. If they can’t score until the 4th against an ordinary defense like the Bengals’, they’re gonna have a rough go against Baltimore. Just need the Ravens to put some points on the board. Which brings me to the blueprint: 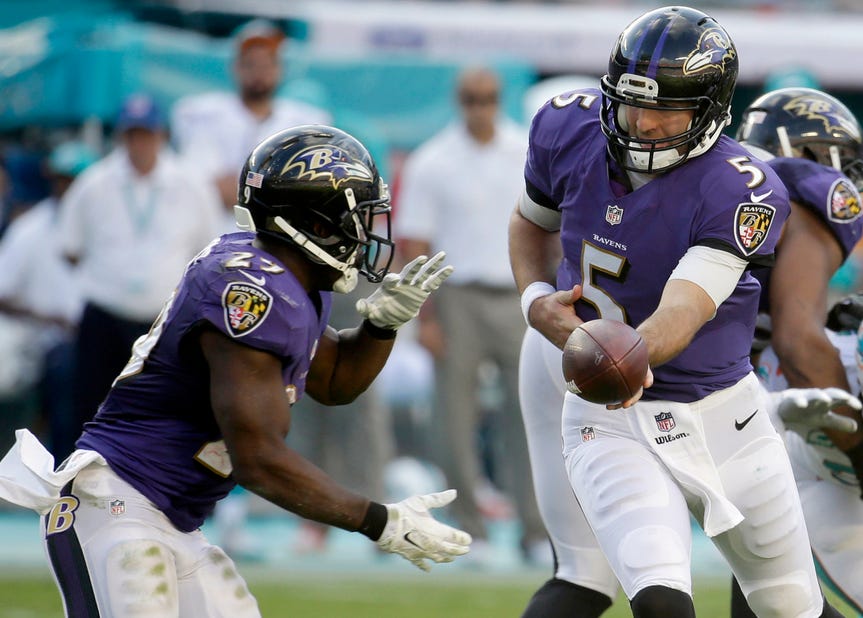 Look, the formula for success for this football team is to

a.) get stops on defense and

b.) pound the rock on the ground and chew up clock.

That’s just Baltimore football to a T. We got one of those two things done last week, but failed miserably at the other. Establish the run early and the rest falls into place. Trust your interior lineman to open your holes, get Forsett the ball early and often, and the rest will go to plan. If the Ravens are losing the time of possession battle something like 37 min to 23 like last week, this season’s going to be over by the time December rolls around. Don’t lose the identity. Once that run is established, the Ravens need to…

2. Give Joe Flacco Time And Space To Actually Make His Throws 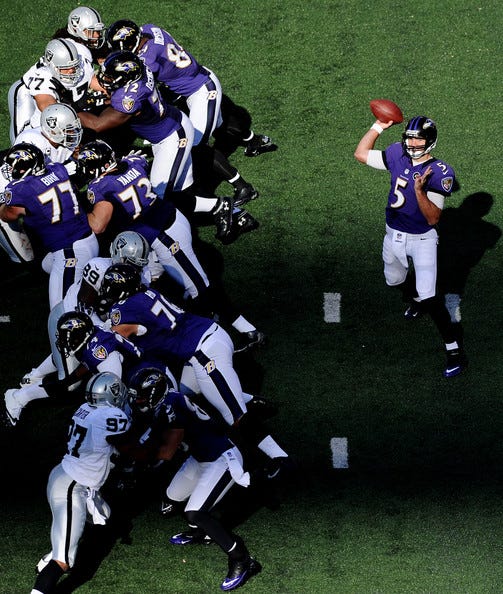 No two ways about it, the pass protection cost the Ravens the game in Denver. I can’t sit here and name a single person on the offense who turned in a satisfactory performance (except maybe Marshal Yanda), but the troubles began and ended with the fact that James Hurst (in place of Eugene Monroe) and Ricky Wagner were miserable at protecting Joe. Everytime he dropped back, he had one of his own guys’ asses right up in his face. He couldn’t have stepped into a throw if he wanted to. Monroe hasn’t practiced yet this week and given his injury history, I wouldn’t expect him to play on Sunday. So that said, it’s paramount that Hurst and Wagner get it together and get it together quick. The Raiders have a great young pass-rusher in Khalil Mack (very similar to Demarcus Ware) to pair with Justin Tuck, so they’ll have their hands full again. Flacco talked about taking more shots down the field, but that can’t happen if he’s on his ass. Gotta do better. 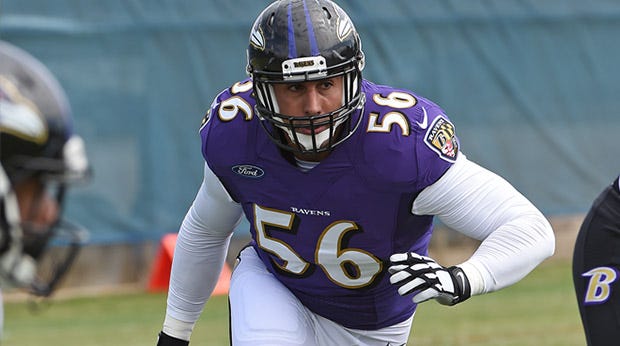 Am I taking this as an opportunity to write a blog inside a blog about the Jason Babin signing? Yeah, I kinda am. It needs to be discussed. I’m not gonna sit here and say he’s going to be Sizzle obviously. There’s a reason why Babin didn’t make an NFL roster this year. Having said that, he’s a perfect fit for the defense the Ravens have in place. He’s thrived in the 3-4 in the past, he was surprisingly productive as a pass-rusher as recently as last year, and he brings experience to the table. Plus he has a history with Big Ben. So having said all of that, you’re not gonna find a more suitable replacement for Terrell Suggs at a moment’s notice.

As for how it relates to Sunday, Harbaugh thinks they’ll be able to plug him in right away. Which is great because Timmy Jernigan looks healthy enough to give it a go as well. I honestly believe that the addition of Jernigan, plus the Babin signing, makes Suggs’ absence a wash. Oakland does a great job of protecting Carr, only giving up 28 sacks in 2014 and 2 sacks (both with McGloin playing) last Sunday, so they’re a tough group to crack. The pass rush is the key to the Ravens defense much like the run game is the key to the offense, so as long as we can still get some pressure on Carr, I don’t see the Raiders putting much offense together. Just gotta make sure we get our points.

That’s about it. Not that complicated, just gotta go out and play our game and beat a crummy football team. I’m trying not to even think about the consequences of actually losing a game like this. I could never go as far as calling the season over, but it would be an utterly depressing and deep hole to try to dig out of. Gotta win these easier road games if we want to grab a home game in the playoffs. Hopefully we get ahead early and get to enjoy ourselves a little. Time to get the bad taste out of our mouths.