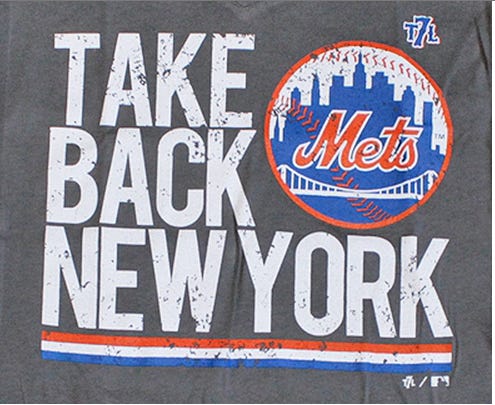 Old Timer’s Day at Citi this weekend for the Subway Series. Oh whats that? Thats actually just the old bum ass lineup the Yankees trot out there every day? A bunch of broken down old men with a couple overhyped kids in the mix? Ah. Got it. Its a miracle this Yankees team is even in the playoff hunt, I’ll give them that. That franchise is always good for an extra 5 wins they really dont deserve. Its like the Power of the Pinstripes. If they should win 90, they win 95. If they should win 82, they win 87. Its just how it goes.

So now they set their sights on the 1 game wild card. Which is cute. The big bad Yankees now thumping their chests about game 163. Yea, the Giants and Royals played in those games last year. But they won. The A’s were also in that one game playoff and they are completely forgotten. And you better pray to all thing holy Tanaka is available for that start because if its that 7 foot pile of dump Pineda or one of the other slop starters the Yankees have on their rotation you might as well not even show up. Maybe we should just give Harvey to the Yankees now for cash considerations of like 200 million. He can throw 60 pitches for you guys and we can re-sign Cespedes. Deal?

As for the Mets, Magic number is 9 with an 8 game lead. Which means if the Mets go 8-8 the Nats need to go 16-0 to force a tie breaker. Say the Mets go 5-11. The Nats need to go 14-2. So its a wrap. It aint 2007. And the reason is the Nats suck. 2007 was the perfect blend of Mets ineptitude with the Phillies being stacked and being on the verge of becoming a dominant NL East team. The Nats had the potential to be that team and they just completely and utterly failed. The Old Man PTSD in me has visions of a Yankees sweep this weekend and a Nats sweep at the end of the season and things turning into a nail biter. But thats the difference – me, and the Yankees – we all live in the past. Citing failures and successes of years gone by. Steven Matz doesnt give a fuck about what the Mets did in the past. Noah Syndergaard was like 10 when that happened. Yoenis Cespedes was just trying to not die while rowing to America probably. And Luis Castillo isn’t walking out of that dugout to save you. Mets fans are still shell shocked but nobody on this team is. And meanwhile its the exact reverse for the Yankees fans. They’re like the chick who was super hot in her prime and now is old and weathered and still goes out to the bar dressing slutty thinking shes hot shit. Thinking shes still got it. Yea, that girl will still get fucked. Shes not totally dead yet. Some dude will stick her. But shes a one and done.

So enjoy the stretch run Yanks fans! Fight your little hearts out for that 1 game playoff where a new, young team with fresh legs beats your old asses and sends you home. Enjoy that “Postseason.”

PS – Dont you dare…DONT YOU DARE…complain about the NL East being a week division this year. The franchise that has feasted on the Rays, Jays, and Orioles forever does not get to talk about strength of divisions. There was like a decade straight where the Yanks and Sox just flipped a coin and who decided who would be the winner and who would be the Wild Card.