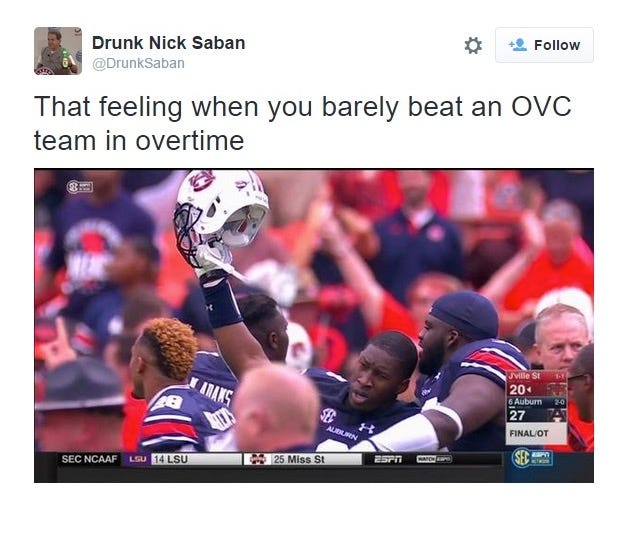 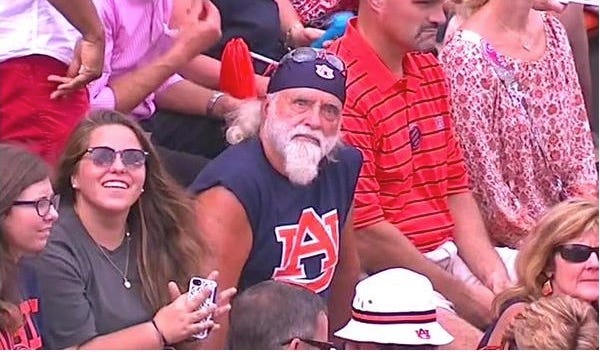 “I think going forward it’s important that the managers of the universities across this state start to consider the fans,” Pittman said from the Senate podium. “The reason for this could be two fold. For one, Auburn doesn’t play well before noon.”

Auburn, then ranked number six in the country, went to double overtime with Jacksonville State last weekend. The Tigers won the game, which started at 11 a.m., 27-20.

Is there a more prototypical Alabama story than this? Everyone gathers for an emergency meeting on the state’s finances…and it takes 5 minutes before someone interrupts it to talk about college football start times. Love it.

First of all I knew I recognized that name, Senator Trip Pittman – no not because I’m incredibly knowledgable about politics and the ranking members of the Alabama senate – but because I blogged this guy last month. 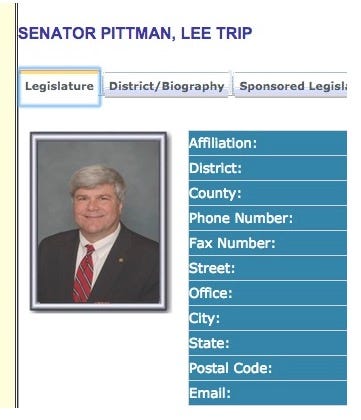 This isn’t the first time Pittman has spoken out about sports from the Senate chamber. Earlier in the year, Pittman, who graduated from the University of Alabama, questioned efforts by Sen. Tom Whatley of Auburn to encourage AU to claim nine national championships in football, seven more than currently recognized by the school.

“You’ve got to win them on the field,” he told Montrose.

Little confused though because Pittman is a Bama alum – why’s he standing up for Auburn? Or was he just hitting them with a sick burn? Has to be the latter. Just wants to get the close call with Jacksonville State on the official Senate record.

And how about this fucking dweeb?

Pittman’s measure didn’t go anywhere, with Senators recessing before they could take it up. That didn’t stop some from criticizing its inclusion in what has been a tense special session.

“We have a ridiculous ability to come into this chamber and talk about football,” said Sen. Paul Bussman, R-Cullman. “I’m ashamed to be in this body right now.”

Uhh ok Senator Bussman, then leave. Leave the body and leave the whole god damn state. This…Is…Alabama (“300″ voice), where on the list of importance, College Football and God are at the tippy top, and “the budget” and “tax plans” fall wayyy below. Not sure how you represent the people of the fine state without having a better grasp on that, I fully get it and I’m a yank up here in NYC. Maybe I should come down there and replace your ass? Not a bad idea… 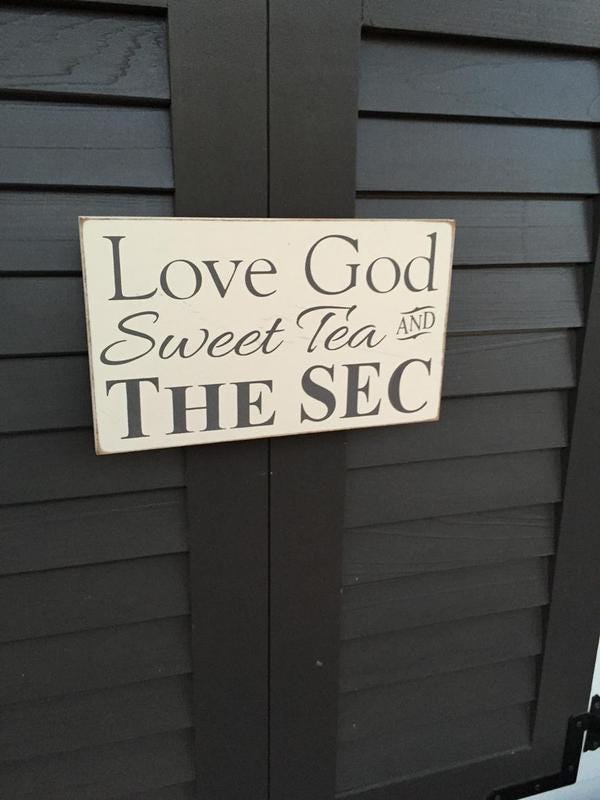