(I think the embed actually worked? If not, click here to view it. Sometimes hard to tell if MLB are being cunts or if our website doesn’t work, just safe to assume both)

A historical season for Bryce Harper is winding down. He’ll be at home in October, yes I know, you can’t win the division by 17 games every year with a bad bullpen and incompetent manager. But despite the team struggles, you can’t take away personal achievement from a guy. 40 home runs (so far) by the age of 22. Joining only 6 others in the history of Major League Baseball to do that. And it’s not like he just hits for power, he is leading the league in average, on base %, WAR, and basically ever other major category. His September so far is insane. 9 HRs, .417 avg, 1.602 OPS. Yoenis Cespedes is having an out of his mind month for the Mets, and Harper’s batting average is higher than Yoenis’ on base %. 22 years old and about to win his first of many MVPs. Silver lining in an otherwise mostly dreadful season.

And it was very nice of the fan who caught it to exchange it for a couple signed balls.

You know if Foul Ball Guy caught it he’d hold it hostage like a POW.

PS: The Mets are 7.5 up with 17 to play and the New York papers and Mets Twitter are freaking the fuck out. No idea how to just be happy about making the playoffs. 2007 has scarred them for life. 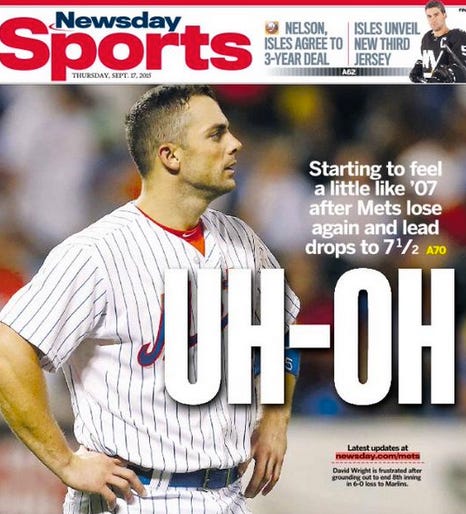