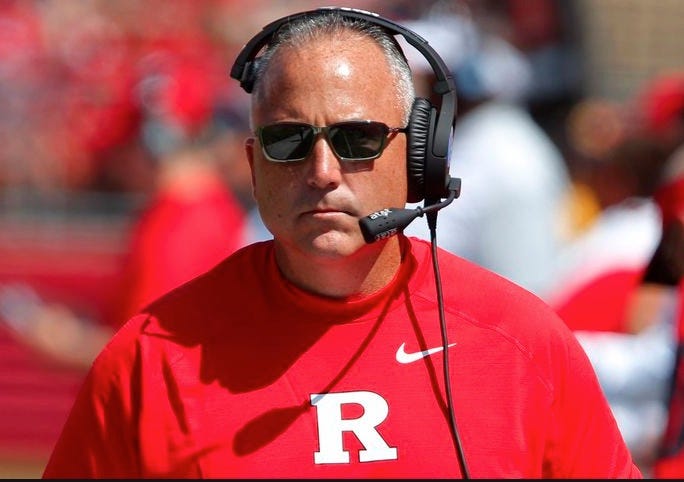 The Rutgers football coach has been suspended three games and fined $50,000 after a university investigation into allegations of rules violations — while a run of off-the-field issues involving several members of his team festers in the background.

Flood’s suspension comes three days before Rutgers (1-1) faces Penn State in its Big Ten opener. He was being investigated for an email he sent from a private account to a faculty members over the academic status of junior cornerback Nadir Barnwell.
The ban comes on the heels of the 15-member Rutgers Board of Governors meeting last Friday, in which “athletic matters and anticipated or pending litigation” were discussed.

The program is very much in turmoil. Six players, including Barnwell, were kicked off the team in the past two weeks after being charged for their roles in an assault and a string of home invasions. On Sunday, star wide receiver Leonte Carroo was suspended indefinitely after he was arrested outside the team’s football headquarters for simple assault in a domestic violence incident.

I LOVE RUTGERS FOOTBALL. Holy shit this team is an absolute shitshow and it’s amazing. Everyone arrested. The star WR suspended indefinitely for fighting fans literally right outside the stadium following a loss. Now the coach suspended 3 games for bullying a professor into reviewing a player’s grade. Sending an email specifically from his personal private GMail and acknowledging it was so that it could not be publicly vetted. It’s amazing. 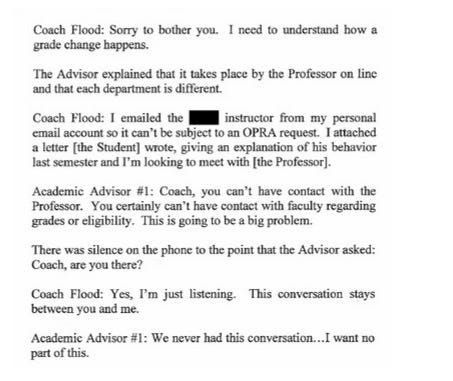 And what’s up with the tattle tale professor anyway? Bro what’s your deal? Ever worked at a sports school before? First of all you shouldn’t even have to be asked, you should know the exact grade and final GPA each athlete needs and accommodate them accordingly. As a great philosopher and Heisman candidate QB once said they ain’t here to play school. But in the off chance you don’t do that on your own, the first time the head football coach asks nicely you should drop everything you’re doing to make sure it gets fixed. What’s more important, a legitimate grade on your bullshit class assignment, or a [W] in your B1G opener? You tell me. (The answer is B nerd).