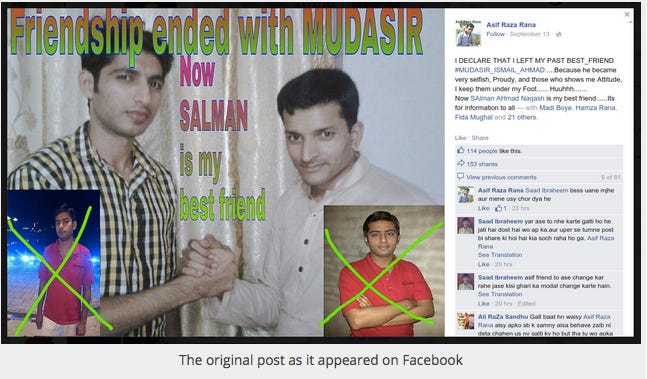 Lahore (Web Desk) – Facebook user from Gujranwala, Asif took to the social networking site on Monday to declare that his friendship with his erstwhile ‘best friend’ Mudasir is over and that he is welcoming a new ‘best friend’ in his life – Salman.

According to the photo shared publicly by Asif Raza, his friendship with Mudasir is officially over. Going into the details of the breakup in the description of the photo, Asif opined that he had to let his former best friend go because “he became very selfish, Proudy, and those who shows me Attitude, I keep them under my Foot…… Huuhhh…….Now SAlman AHmad Naqash is my best friend……Its for information to all.”[sic]

Listen I have no idea who the hell Asif is, I’m not even on Facebook (also I don’t live in Pakistan), but that’s not the reason for this post. The reason for his post is to show the world how to properly break up with a best friend. We use the word savage around here quite often but rarely has it ever fit better than this facebook best friend break up post. This, this is the way you do it, folks. You see those X’s over Mudasir’s face? Savage 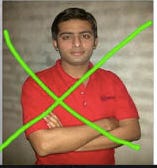 You see how happy Salman and Asif are now? Savage times two. 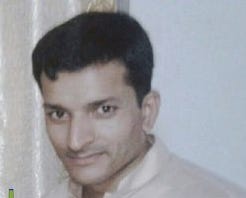 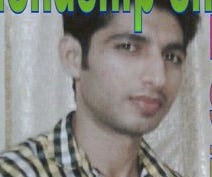 Look at that fucking handshake. That’s how you Best Friend someone. 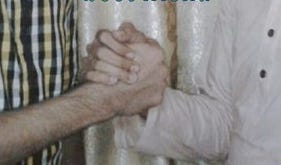 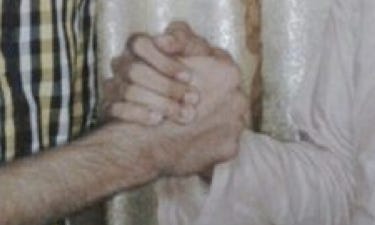 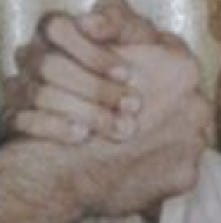 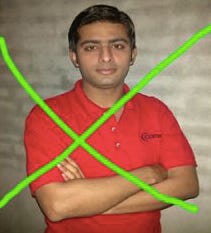