Video from the Razorback brawl. I wasn't gonna post it, but I got a chance to edit and remove my friends out the video. I don't give a damn about the rest of'em.D Dirt LilrockobamaJeramy PurleyJeffery DunbarTerry Turner

Ummm quick question, was a girl murdered in the middle of that thing? Seriously did you hear that blood curdling scream? Jesus. Arkansas does NOT fuck around when it comes to their tailgate fights. Seems like every year we’re posting at least 2 or 3 of these things, always Razorbacks fans, always taking your casual disagreement to the next level and ending up in a massive fight with fists and kicks flying using foreign objects and shit.

Are we sending the Dixie crew there? Do they have an Arkansas game on the schedule? Oh man, if so, that’s gonna be a tough trip to make without health insurance. 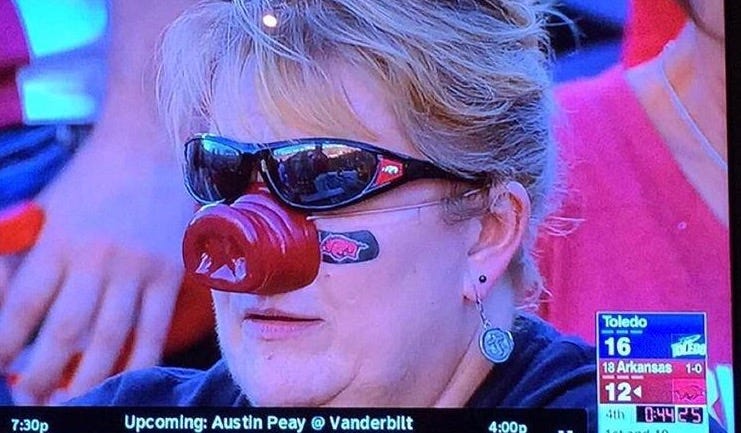