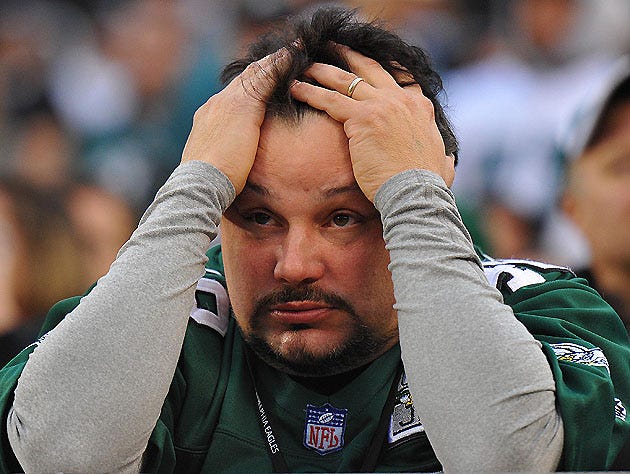 No, it obviously won’t be as bad as when Douglas Pederson marched the hapless Birds to a 21-0 first quarter lead before blowing the game in Andy Reid’s debut. No, it won’t be worse than when the Eagles got their dicks handed to them in the form of a shutout by the Bucs in Lincoln Financial Field’s opening night (after getting our souls sucked out and pissed on by Tampa during the Vet’s last game the year before) But think about this one. Think about all hype, heart and expectation that has gone into this season. The Eagles are this city’s only hope, and if they don’t start off hot it will be a letdown of epic proportions for more than solely just the loss.

There’s a lot of collateral damage towards the Eagles around the league. Nick Foles led a 4th quarter comeback vs. the best D in the NFL while throwing for almost 300 with a 115 QBR. Marcus Mariota looked like he might have been worth trading every single player/draft pick this franchise owns as he becomes the first rookie QB in history to start opening day with a perfect passer rating (and 4 1st half TD’s to boot). All that on top of the Cowboys making an unbelievable comeback vs the Giants and would have the prospect of going 2-0 next week while making the Eagles 0-2. I’m pessimistic by nature, but an Eagles loss tonight would be more than just a kick in the dick. It would be a stomp on the soul.

Please, God, be merciful and never let this happen:

Watch Nick Foles & Marcus Mariota be 2015 Co-NFL MVPs and Sam Bradford will be drinking from a straw by week 6. #PhillyLuck