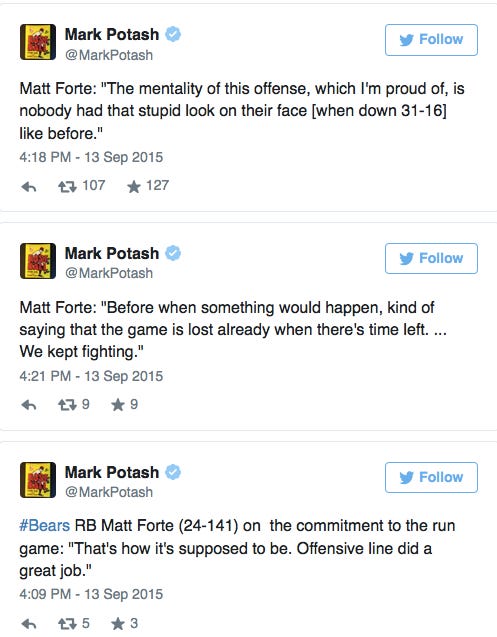 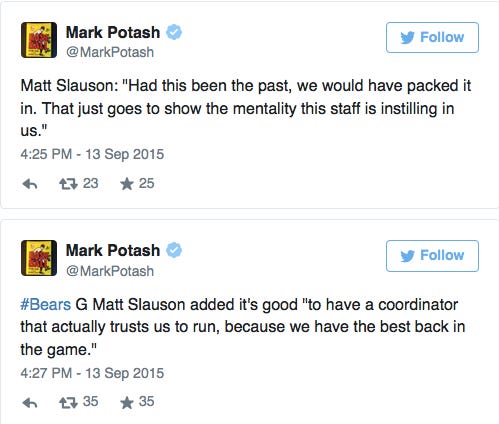 Moral victories fucking suck, plain and simple, they suck. But if we’re trying to at least put a positive spin on losing to the Packers for the gazillionth time in a row, it’s right here. Matt Forte and Matt Slauson basically saying this team finally believes in the coaching staff and gameplan, that they’re going to fight every game and even though they might not have the talent, they won’t be giving up. That alone is a victory. There’s an old rule in College Football when you’re trying to turn a program around. First you lose big, then you lose small, then you win. It takes time but that’s the journey. Well if last year was losing big yesterday was the start of the losing small era. The Bears had their shots, they were in that game in the 4th quarter, they held Aaron Rodgers to under 200 yards passing, and that’s something very few of us expected going into Sunday. Again, I’m not saying the Bears are good or that they’ll win 8 or even 9 games this season. This year has 6 -10 written all over it when you look at the schedule. But at least the Bears are going to fight and not embarrass us, and considering the coaching staff turnover the last few years, the awful draft picks and crappy signings, that’s about as much as we can ask for.

At least it’s not this doofus anymore. Never forget. 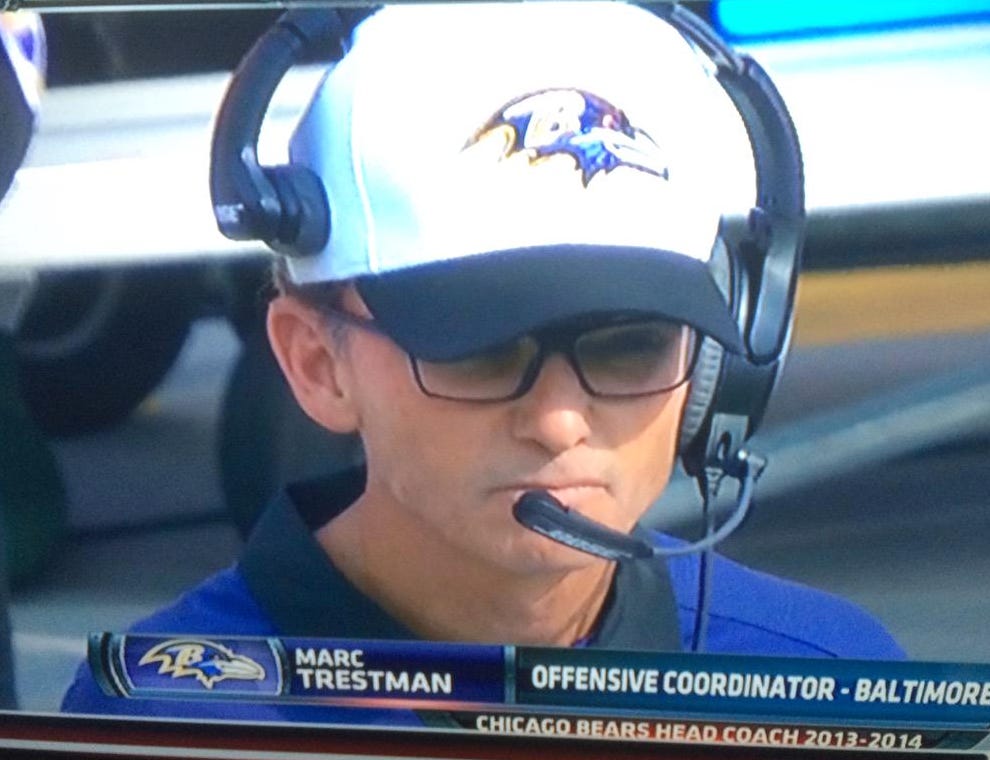