Welcome back to the Monday Morning NFL Rewind. As a reminder I split these up now so that it hopefully doesn’t completely fuck your computer. First we’ll do the games played in AFC stadiums and then games played in NFC stadium. Also if you see anything on Sunday either in person or on your TV don’t be shy to send my way, chicagotips@Barstoolsports.com or @BarstoolBigCat. These take quite a long time to put together so any tips are much appreciated. Let’s get to it.

Fat Elvis is in the building looking pretty diesel if you ask me. 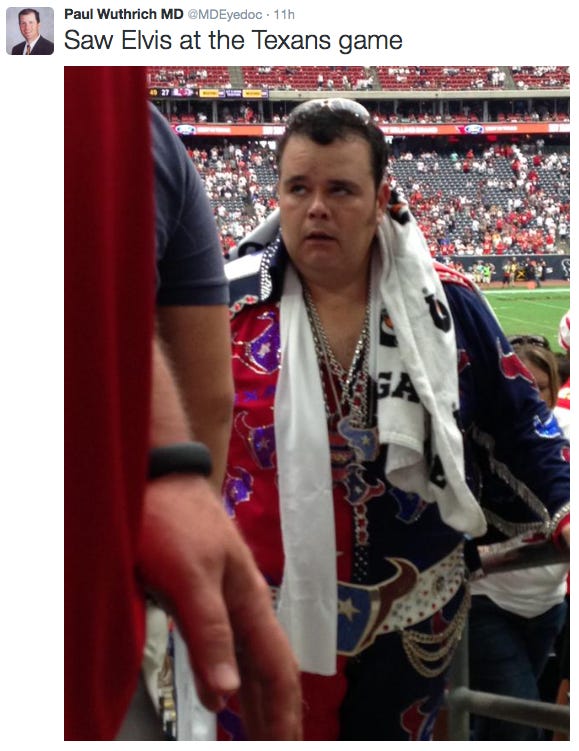 So what happened in this game? Well Travis Kelce happened.

But twice. Bonus points for one of the best Touchdown celebrations I’ve seen so far this year.

Now I know what you’re saying to yourself, but what about JJ Watt? I bet he did something totally sweet that will be replayed a million times over even though the Texans lost. Well guess what, he did! He had his helmet fall off and still made the play! 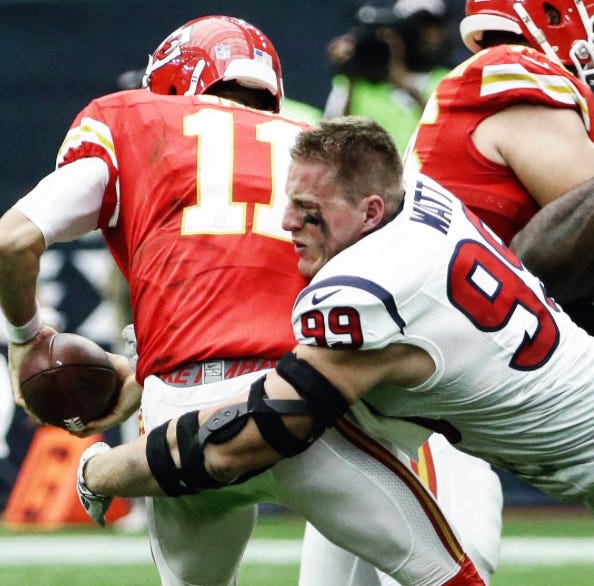 SALUTE TO THE TROOPS! 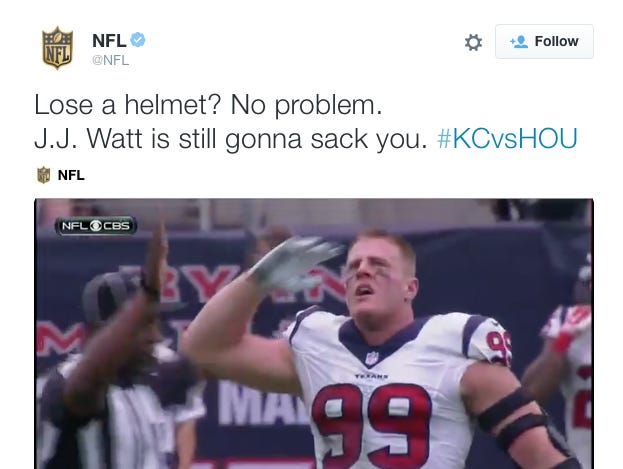 Wait but didn’t the Texans get blown out, oh yeah, whoops. Turns out having a tandem of Brian Hoyer and Ryan Mallett at QB is not a good thing 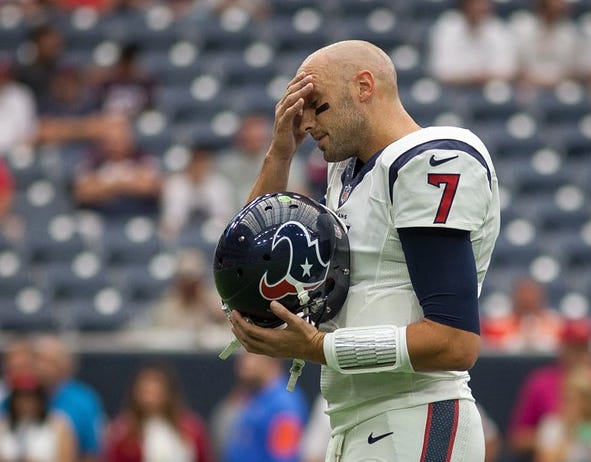 That moment you custom paint Brian Cushing and JJ Watt onto the hood your car and realize the Texans will most likely go 7-9. 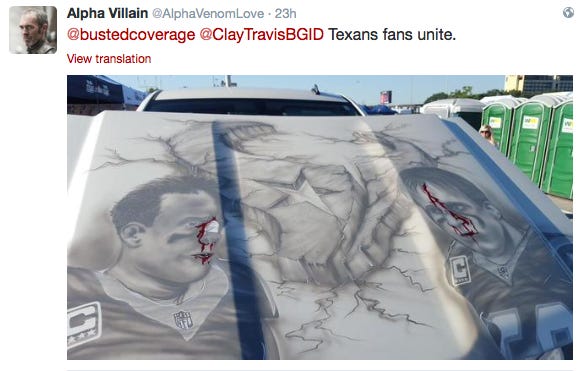 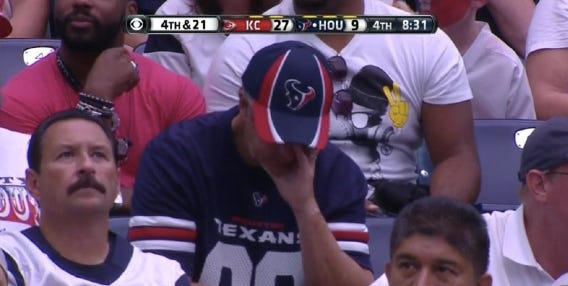 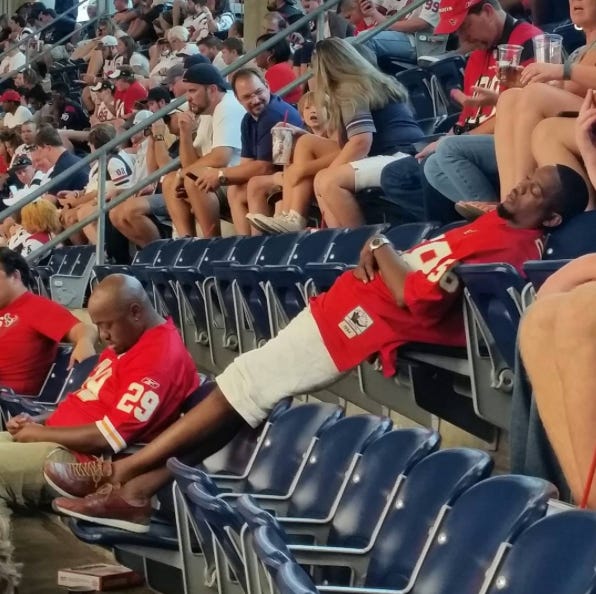 Kind of respect Josh McCown for this move. He’s a guy who was out of the league 3 years ago, somehow conned his way into getting millions of dollars even though he’s a career backup, and then ended up being a starter for the second straight season. What does he have to lose? Heroes are remembered, legends never die, and nothing is more legendary than getting helicoptered week 1 in a Browns/Jets game. 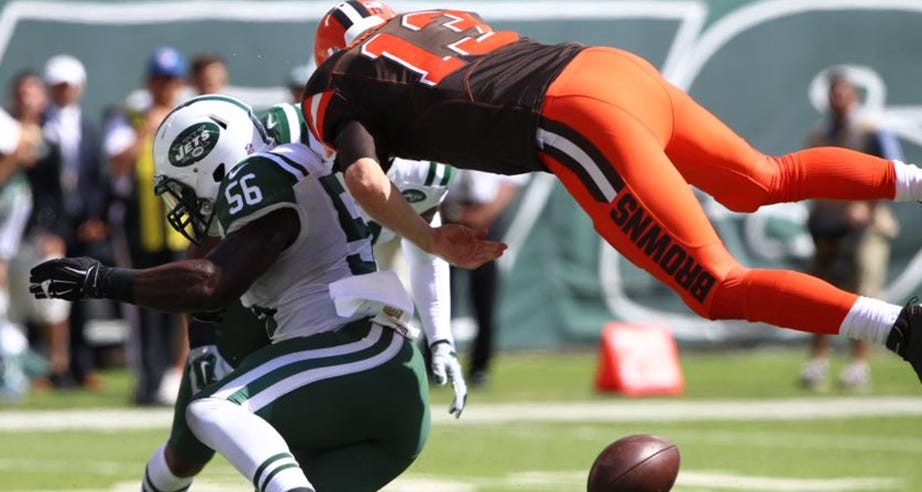 Oh my god it’s Johnny Football, and he’s figured out how to play in the NFL!

In case you missed it from this morning, Bills Mafia was in rare form to start the season. 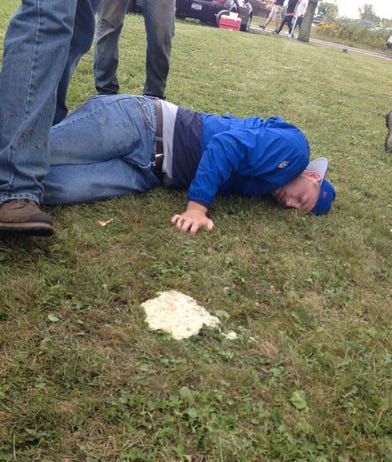 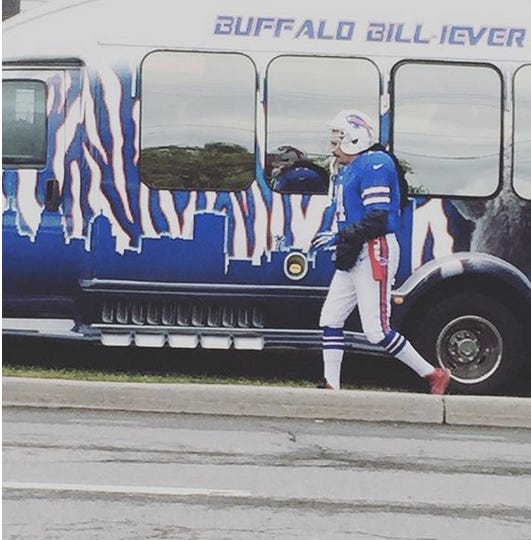 In terms of homemade shirts with very game specific jokes that don’t even really make sense, this is an A+ 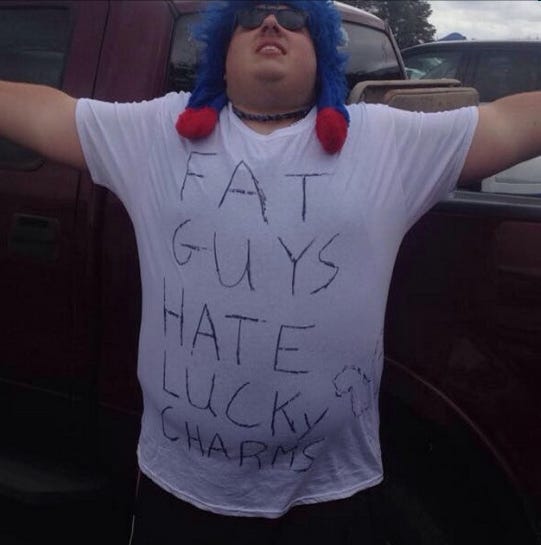 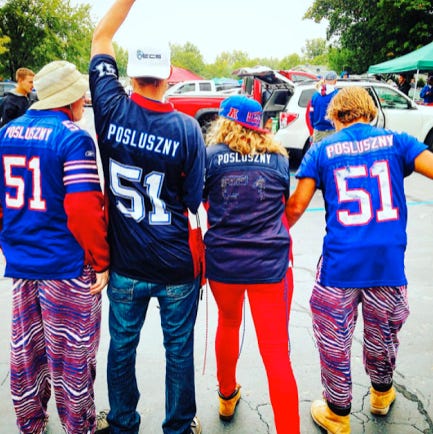 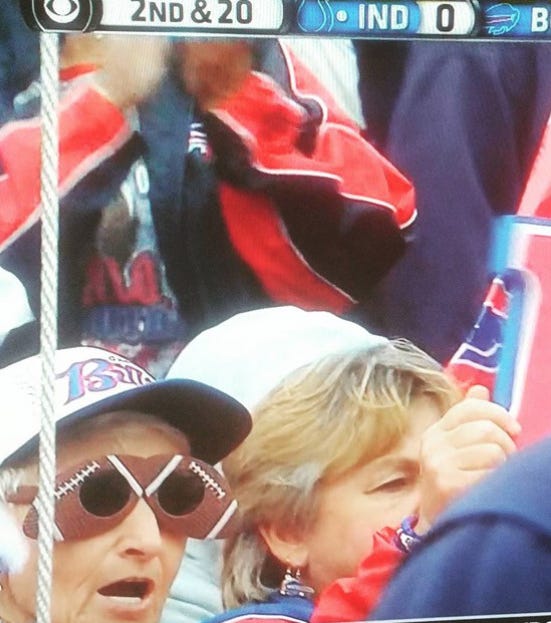 Here’s what I love about Buffalo, win or lose, someone’s getting fingered. This week it just happened to be this random jort wearer’s butthole.

In case you needed a reminder that I have shit for brains.

But the real question is, does any of it matter when at the end of the day you get to chill in a pool and watch football? 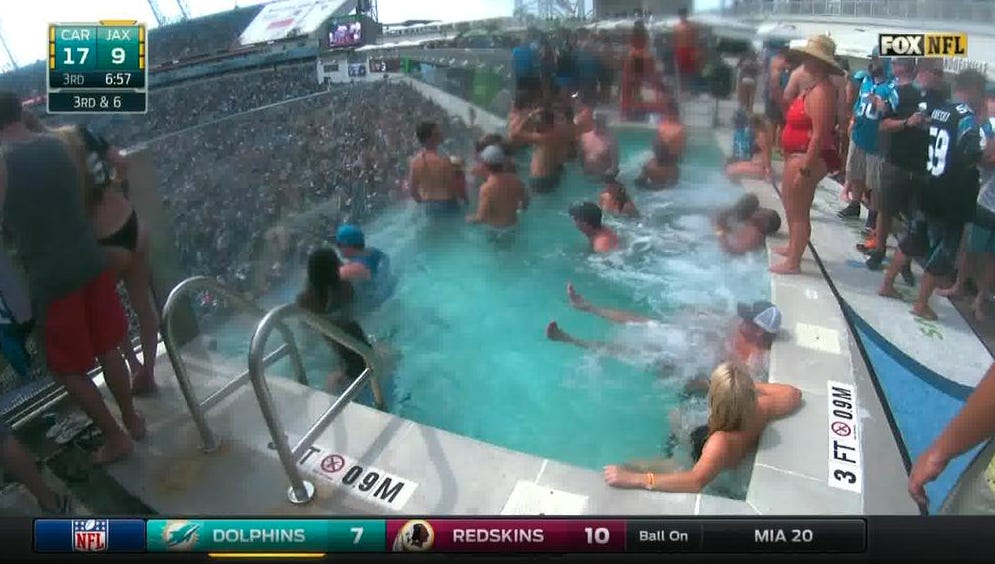 The answer is no, especially when you’re this turnt up. 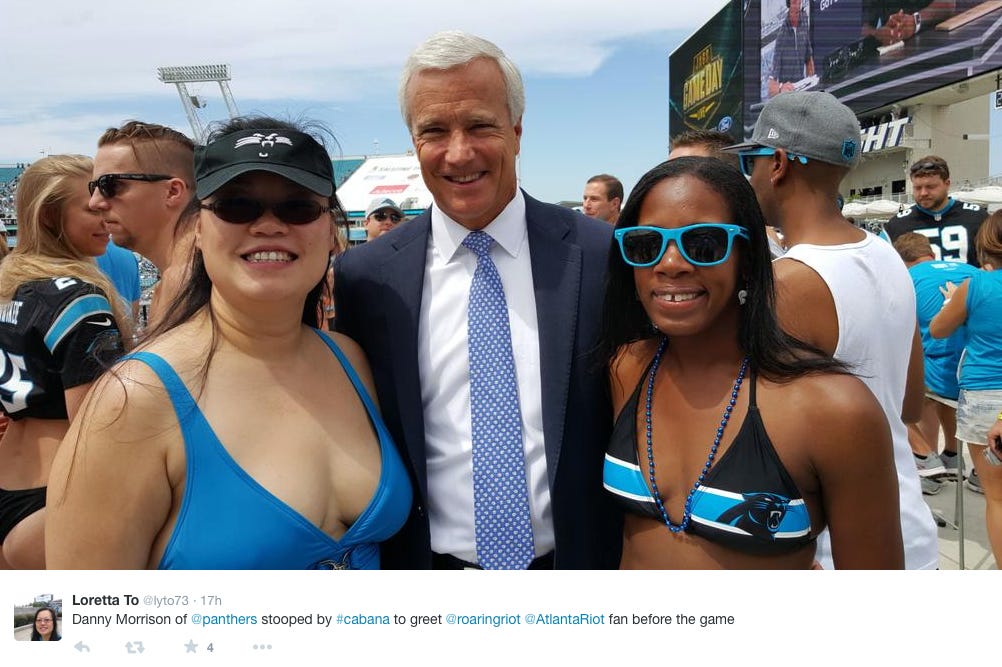 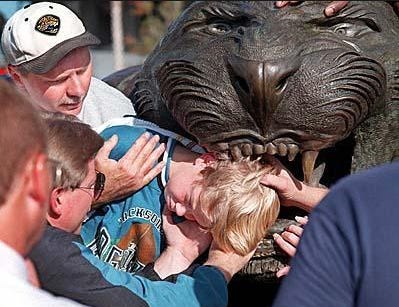 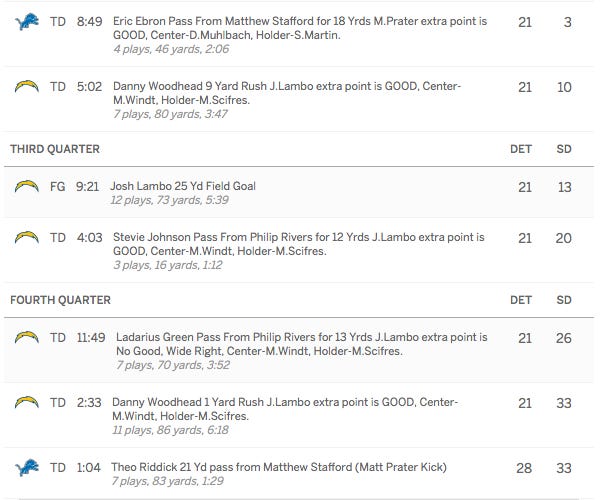 I can’t be the only one who bet the Lions, took my usual Sunday afternoon nap up 21-3 only to wake up and see the Lions down 33-21. Brutal.

To be honest if I had known AC Slater was not only a Chargers fan but also in the building yesterday I probably would have still bet the Lions and lost money because again, shit for brains. 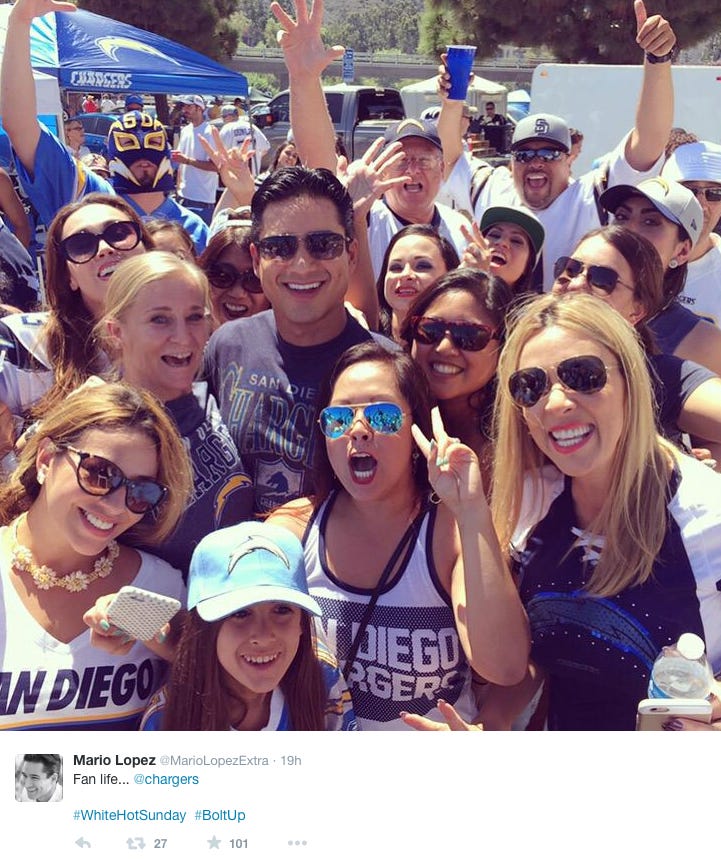 “Jim, can you tell us what happened out there?” 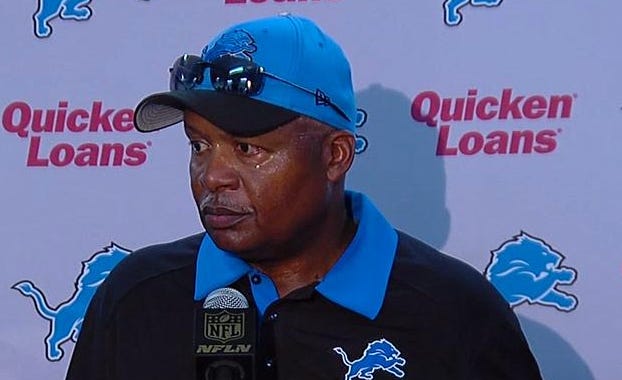 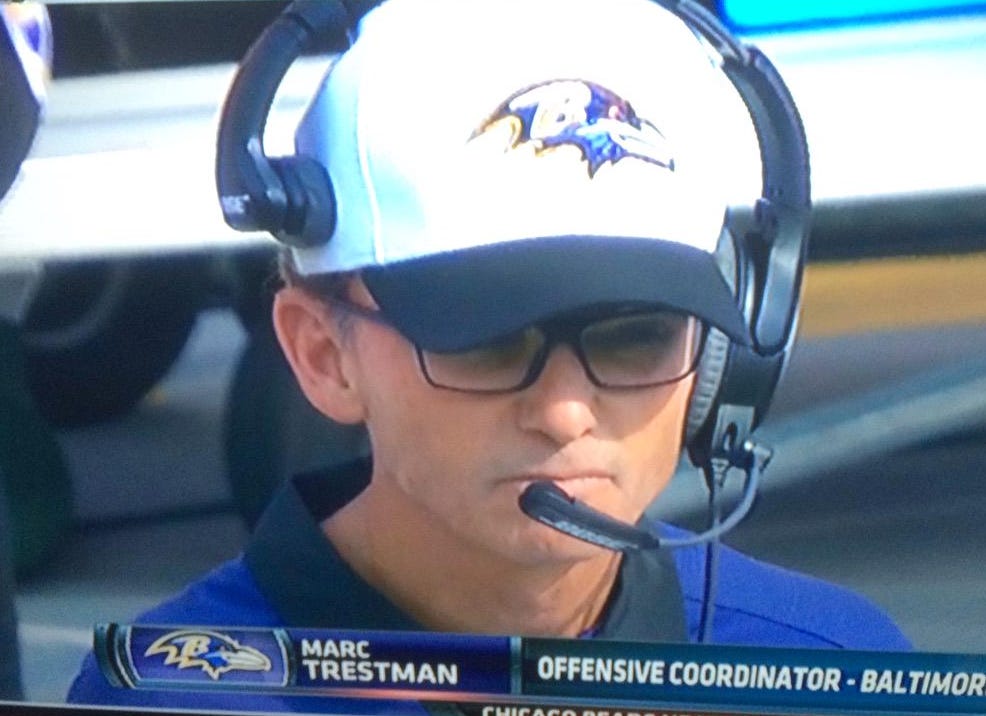 I assume most people had this game on TV in the afternoon and if you did you learned one thing. Peyton Manning is so fucking old. Seriously, I’m not a Peyton lover by any stretch but that was sad to watch.

24 completed passes for a total of 175 yards is incredible. And honestly it doesn’t even do it justice. He looked slow, he looked old, the short passes had no zip, the long passes he overthrew because he was overcompensating for the aforementioned no zip and if he takes more shots like this I’m pretty sure he’s going to die.

The good news is the Broncos have an unbelievable Defense. Maybe if they run the ball and let Peyton Manning game manage they can do things, which is crazy to even say, Peyton Manning, game manager.

Andy Dalton getting the boys FIRED up.

“Let’s do this together guys, guyssssss, please listen to me guys”

I’m hard on Andy Dalton so I have to admit when he plays well and he played well yesterday, it was against the Raiders but a win is a win.

What else did we learn from this game?

1. That Pacman Jones is still in the league

2. That Pacman Jones reminded us he’s still in the league by trying to murder Amari Cooper

3. This guy exists and will eat your soul or watch his team lose by a billion, depends on the day of the week. 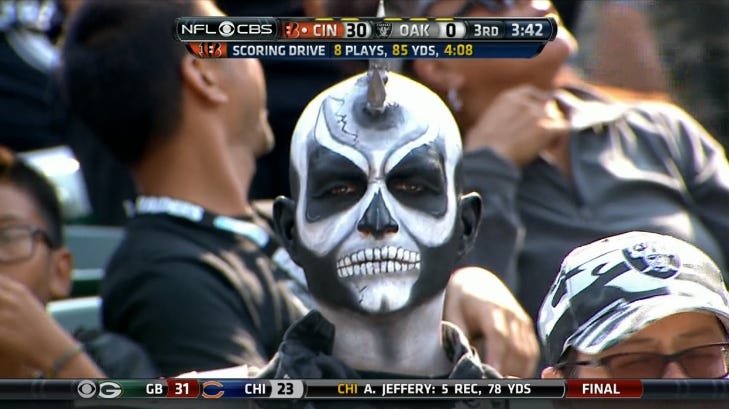 4. Silver lining for the Raiders, Jack is back and his hair was fucking AWESOME. 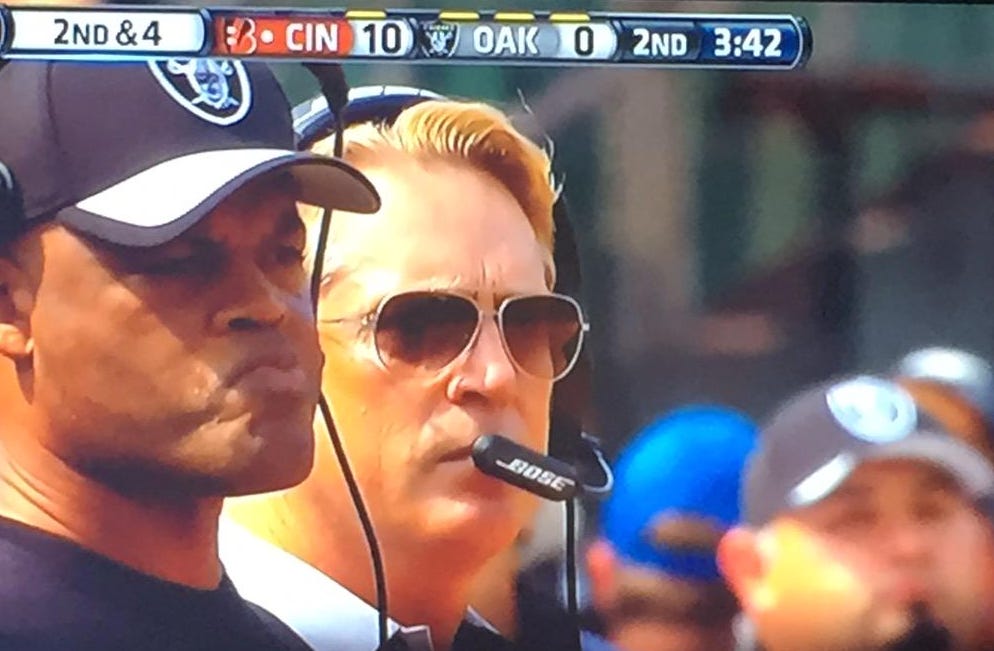