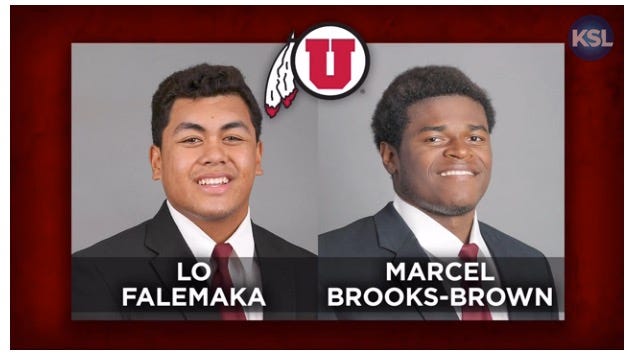 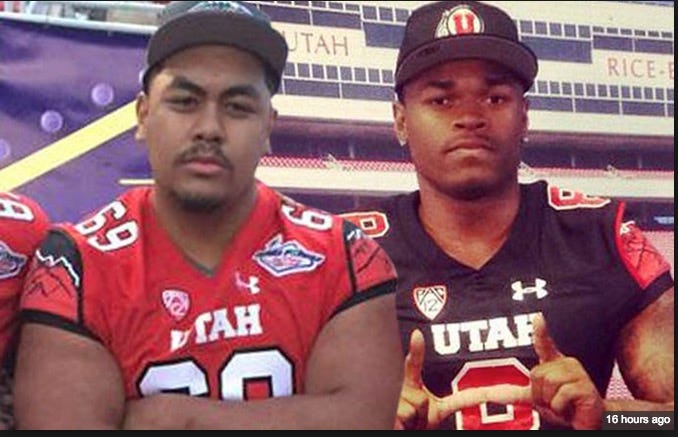 ESPN - Utah sophomore tight end Lo Falemaka and freshman running back Marcel Brooks-Brown are both stable and recovering in a hospital Sunday morning after being shot at a party late Saturday night.

According to a Utah news release, Falemaka, 20, and Brooks-Brown, 18, are expected to recover. Both were shot in the torso.

“Obviously, our first concern is that both Lo and Marcel are going to be OK, which appears to be the case,” Utah coach Kyle Whittingham said Sunday in a statement. “We don’t have all of the details yet, but it is our understanding that they are the victims in this incident and we feel very fortunate that they are expected to fully recover.

“It is unknown at this time how soon they will be able to return to the football field, but we are optimistic it will be in the near future.”

It was looking like a pretty good season for Utah before this little hiccup. 2-0 start. Beat down Michigan opening weekend to spoil Harbaugh’s debut and bitch slap Popular Mechanics: 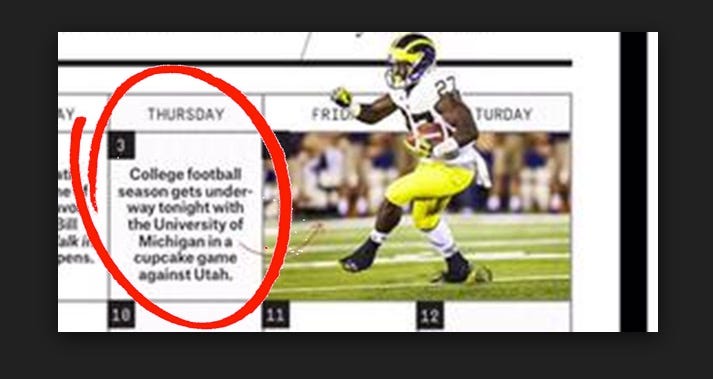 Got some free cupcakes out of it:

Everything should be all good in Utah – instead you got 2 players getting shot at a Saturday night house party. Glad to hear they’re expected to make a full recovery and hopefully should be back out there sooner rather than later.

I can see why those scumbag cowards decided it would be a good idea to go straight for their guns instead of a good old fashioned fist fight: 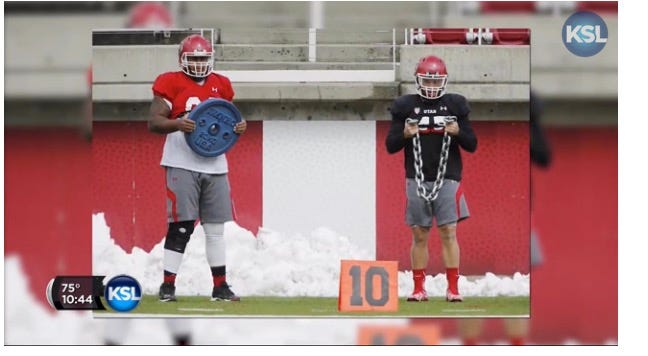 I guess I don’t know a ton about Utah but a house party basically right on the edge of campus smack dab in the middle of Salt Lake City has gotta be like the last place in the world you expect to get shot right?