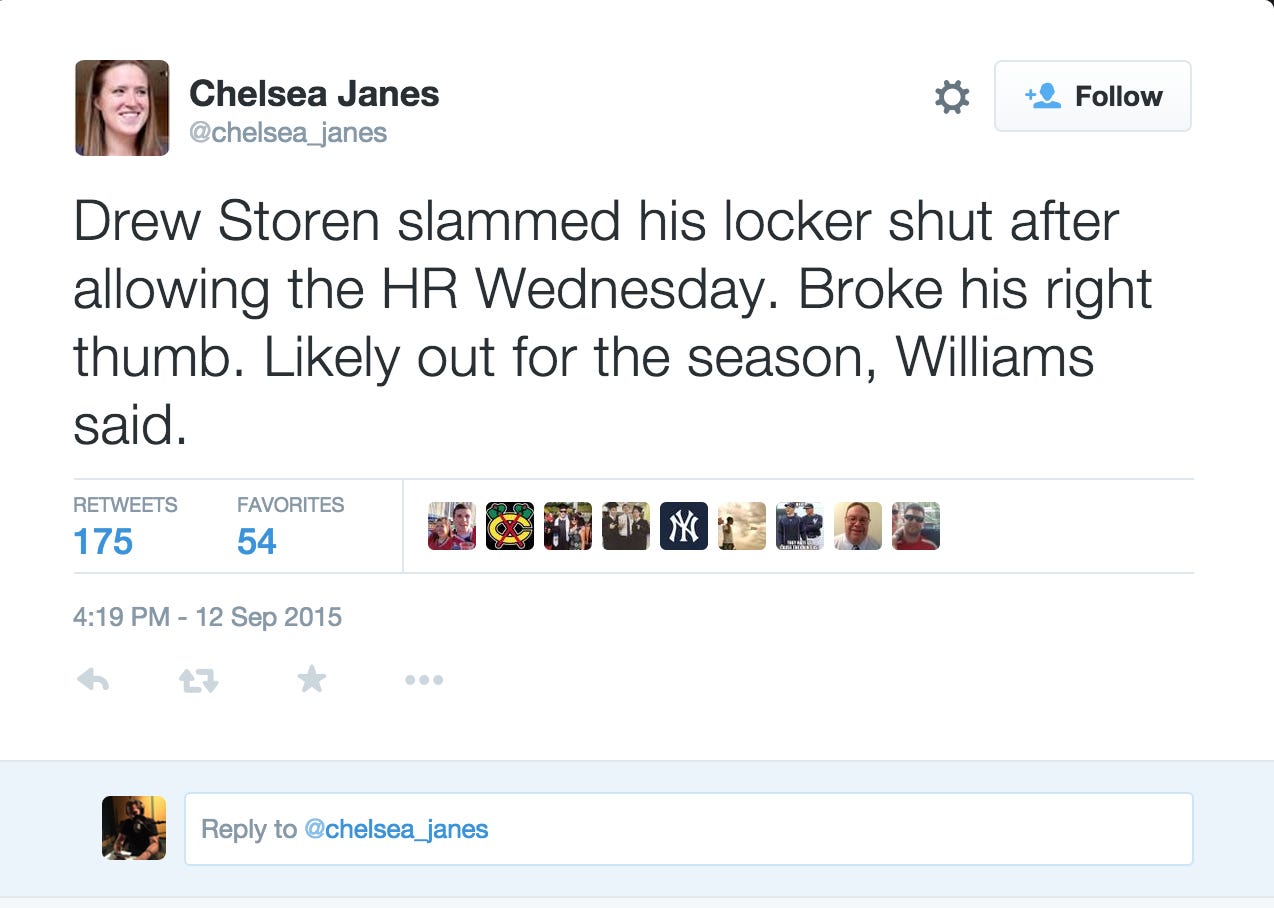 The Nationals are dead, deceased, in the dirt so it doesnt really matter at this point. But pretty hilarious that the Mets actually ended Drew Storen’s year. He walked like a thousand people and then Cespedes blasted one about a thousand feet and bingo bango Drew Storen just cunceled himself. Pulled a Kevin Brown and broke his own hand because he sucks so much.

I almost feel like the Mets should cut Drew Storen a check. Like you know when players get bonuses for making the postseason and shit? Drew Storen deserves one of those from the Mets even though hes on the Nationals. Thats how bad he sucks. Thats how bad the Mets destroyed him. Like here, have a little bonus to make up for the fact that we broke not only your psyche, but your hand too.